The recent death of a police K-9 inspired a local man to build a stone memorial to honor deceased K-9s from across the region.

The recent death of a police K-9 inspired a local man to create a memorial, unveiled Wednesday morning, honoring deceased K-9s from across the region.

After hearing about the death of Richmond Police K-9 named Koda (see below), David Booth, owner of Richmond-based Booth Memorial, used his business to create a memorial stone. Engraved on it are the names of each known deceased K-9 that’s served with Richmond, Henrico, and Hanover police departments since 1957. The stone weighs approximately 2,700 lbs. and is roughly 4’2” tall.

“It’s important that these dogs be remembered for their service and the challenging job that they dedicated their life to doing,” Booth said.

The memorial was unveiled this morning during a ceremony at the Richmond Police K-9 facility at 814 Forest Lawn Drive. A Richmond Police K-9 is dead after suffering from a terminal illness only recently diagnosed. Koda, a six-year-old German Shepherd, was in distress and discomfort Saturday and immediately taken for emergency veterinary care. Veterinarians discovered Koda suffered from an undisclosed terminal illness. He was euthanized.

“Koda loved to work. He loved tracking, he was excited about his job and he loved catching bad guys,” said K-9 officer Montague Agee, Koda’s partner. “There was nothing more important to him than to find something or catch that suspect and get his toy as a reward. His favorite toy was a purple octopus that squeaked. It’s funny because he’s supposed to be this ‘vicious’ dog and yet the best thing in the world to him was to run around with this purple octopus that squeaked.” 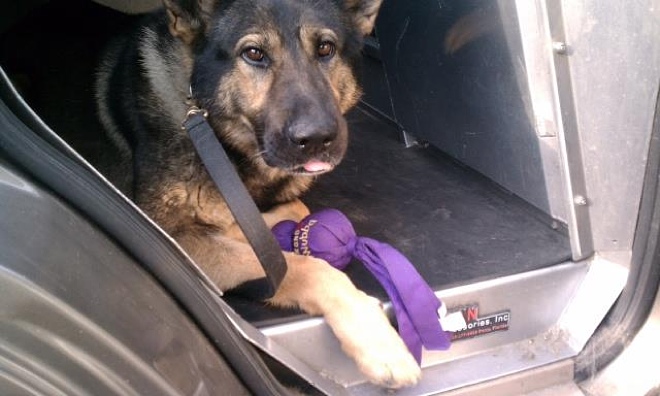 Koda and his purple toy

Officer Agee and Koda graduated together from patrol school in December 2007 and had been partners since. Koda made 55 suspect apprehensions and located approximately 25 pieces of evidence during his career. He was specifically trained to find firearms, shell casings, and bullets.

“Koda and Officer Agee are reflective of the high quality of our K-9 Unit,” Police chief Bryan T. Norwood said. “We will miss the team of Officer Agee and K-9 Koda and their dedication to the K-9 Unit, Richmond Police Department, the City of Richmond and to the law enforcement community.”

Richmond Police will formally recognize Koda during the Department’s Salute to Excellence Awards on August 9th. 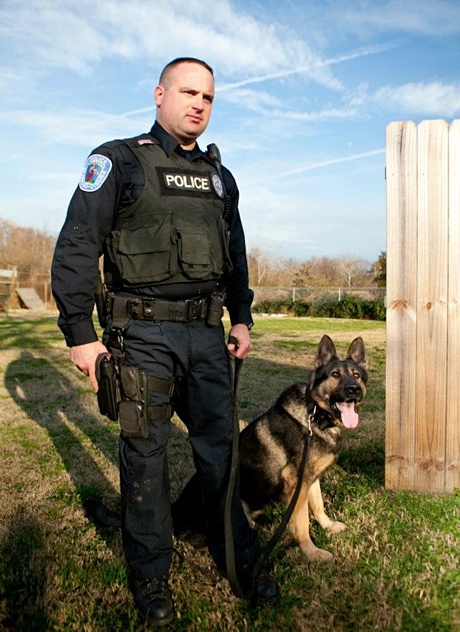 Anyone wishing to send cards, donations or learn more about the K-9 Unit may do so via the Friends of the Richmond K-9 Unit at P.O. Box 25495, Richmond, VA 23260; K-9 Sgt. Michael Bohannon at Michael.Bohannon@richmondgov.com; or K-9 Officer Monty Agee at Montague.Agee@richmondgov.com.