GRTC route 16 NOT going away “A local newspaper recently, mistakenly, reported that the 16 route was being discontinued,” Straszewski wrote in an email to the Museum District Association. “That is not correct.”

Unfortunately, the Museum District Association ran with that inaccurate report and posted on its website that two GRTC public meetings on May 20th and 21st would discuss the termination of route 16. 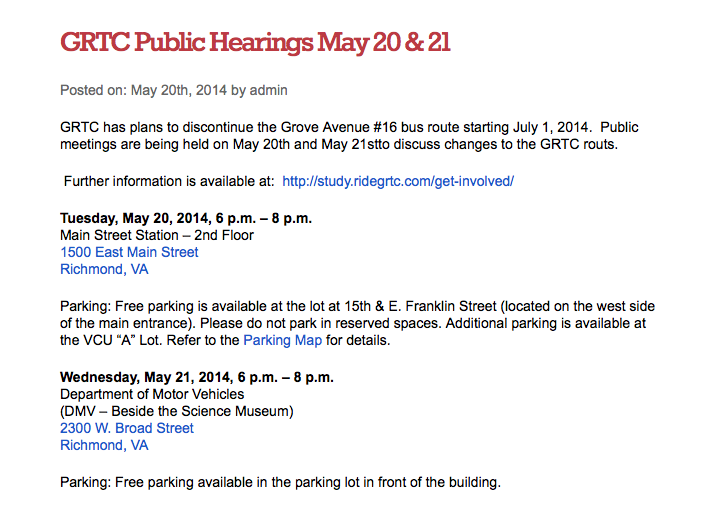 Those meeting times and locations are still accurate, but the meetings will be venues to discuss the status of the Broad Street Corridor Study of Bus Rapid Transit, and NOT route 16 going away, which isn’t happening.

So all riders of the 16 bus can breathe easy.