You’ve always been able to get a six pack of beer to go with your fresh pasta at Bombolini Pasta (1606 W Main Street) now you can enjoy a refreshing adult beverage over lunch. Just last week they added three taps and are selling pints of Allagash White, Unita Hopnotch IPA, and Firestone Walker Pivo Hoppy Pils for $4.50 a pint. There is also a nice selection of wine for those that like there booze from the grape. The taps will switch out with what’s available so check back and see what’s pouring. 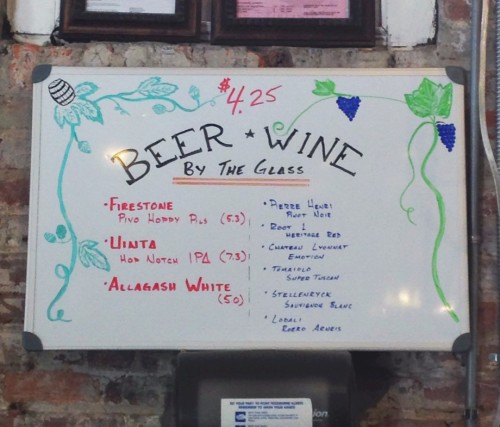