After almost a month of no wins, Scott Pharr FINALLY managed to bring home another victory last week, thanks to some spectacular zebra tomatoes and his grill skillz. Now on to week 9! (Can you believe we’ve come this far?)

After almost a month of no wins, Scott Pharr FINALLY managed to bring home another victory last week, thanks to some spectacular zebra tomatoes and his grill skillz. Let’s see who’s got their eye on the prize this week…

Our current standings are: 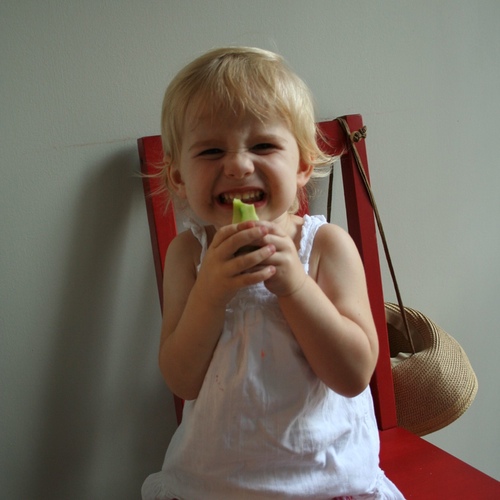 OMG! My own cucumber! Yes, our daughter has conniption fits for cucumbers. She doesn’t want them cubed, or sliced, or served in spears. She wants a whole cucumber, and she burns through six a week. 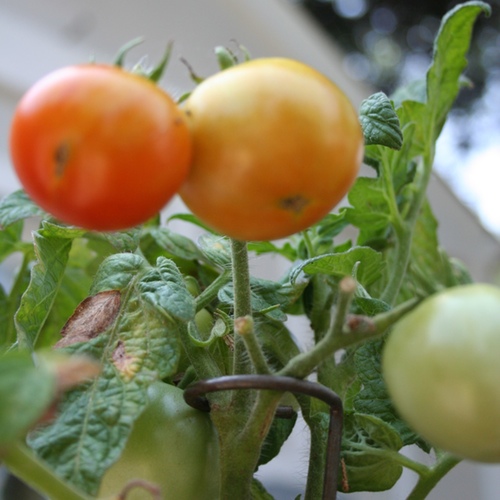 We’ve been pulling handfuls of Sungolds from our garden, even as the squirrels have been stripping every other tomato plant in the garden bare. On our patio, a lone tomato plant stands weary vigil over her ripening brood. By the time you read this, either we or the squirrels will be better for it. 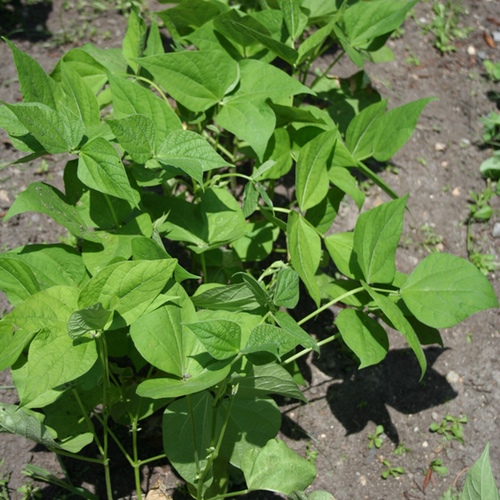 Remember those Oscar the Grouch beans from two weeks ago? Starting to flower. This week, our garden has granted us zucchini for bread and burritos, and kale (sauteed in garlic) for our linguine – as well as a green pepper, a few small cucumbers and tomatoes. Our late summer beans, radishes, carrots and chard are coming along. Next week, we plant more broccoli rabe and kale. 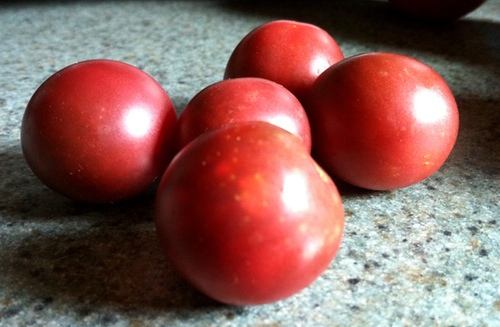 More heirloom tomatoes, these are named “Chocolate” tomatoes. I was very disappointed when they tasted like tomatoes, I’ll be honest. 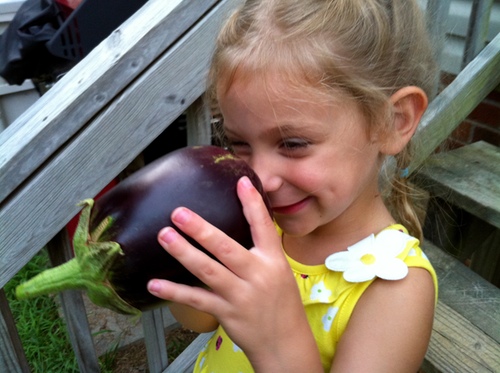 This is the first eggplant off the vine this year, and I couldn’t help but submit this particular photo because Halle thought it was HILARIOUS if she had an eggplant for a nose. 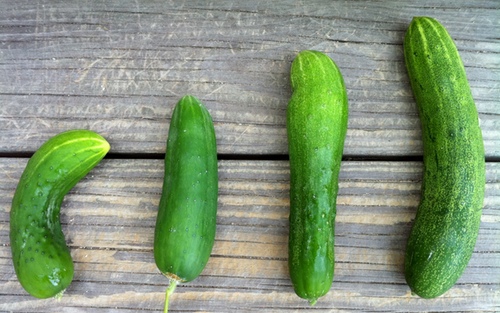 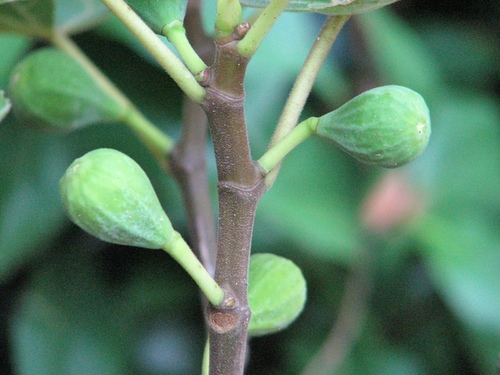 Can you FIGure out what these guys are? 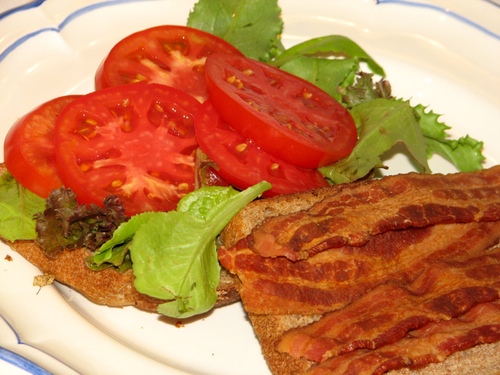 Who doesn’t love a BLT? Especially with freshly picked L and T. 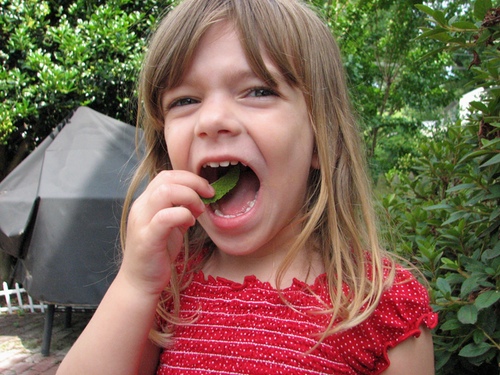 Every afternoon around 4pm, Lyla demands she have some mint for a snack. Which I assume is better than a Twinkie. And unfortunately, I’m not growing Twinkies this year.

Leave your vote in the comments to help us decide…

(For this week, anyway.)

There are 50 reader comments. Read them.