It’s Doc Week at Criterion Cinemas, which means that you get access to a bunch of movies that heretofore we’d only been able to imagine. In addition! They’re also showing the Oscar-nominated short films in batches, and if you buy a ticket to a grouping of the documentary shorts, you only have to lay down six bucks!

Not convinced? What if I told you that a short film is like getting everything you ever wanted out of a movie, but you only have to commit 40 minutes of your time? Or that a short film gets to take more liberties with how it presents information because it’s unlikely that you will get gimmick-fatigue in such a brief time period? Or that for every short film you see, the director will personally deposit a portion of the film’s proceeds directly into your bank account?

Some of those things are true!

Being a shrewd moviegoer, I took advantage of this offer, saw two films in one convenient hour-long sitting, and expanded my worldview, man. 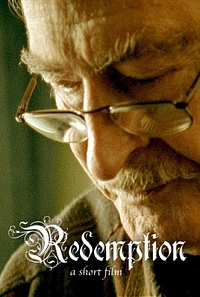 New York’s fastest growing profession is not, as you may have thunk, social media strategist. In fact, canners themselves will tell you that the number of other people sorting through streetside trash every day to find cans and bottles redeemable for $0.05 has tripled in the last year or so. Is it the recession (almost certainly)? Is it zealous environmentalism (almost certainly not)? Redemption takes you inside the circle of these scavengers so that you can experience their day-to-day lives as other human beings, not angels from a higher strata. This short film gets fairly dirty but keeps it posi throughout. 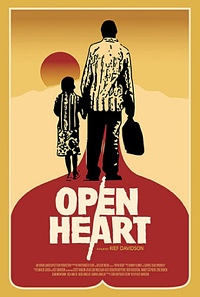 Strep throat, if left untreated, can cause serious defects to a child’s heart, often resulting in diseases like rheumatic heart fever. Rwandan children–all African children, really–are at high risk. Open Heart tells the story of nine rheumatic children ranging from age 1 to 19 who need specialized open-heart surgery in order to add some years to their tiny lives. Guess how many hospitals there are on the same continent that perform this procedure? Yep, just one, but at least it’s free (for the time being).

These adorable, malnourished kids leave behind anxious, hopeful parents who don’t know whether they’ll never see their child again or come back from the Sudanese hospital feeling hale, healthy, and ready to grow up to be a heartbreaker. It’s a plea to everyone watching to be aware of the millions of people who really couldn’t care less about whether or not your coworker has it out for you or if your speeding ticket has been paid before it doubled in price.

Why you should hit up short films

You are so going to win your Oscar pool (I want to be involved in this so badly)!

Why should stay home

It’s warm inside, and you hate stories of kindness, hope, and generosity.