The second of ten creative projects that will occupy 1708 Gallery this summer—Milk River Arts will give their week over to adult artists with special needs. Above: Sally Kemp (left), holding one of Evelyn’s works of art, and Anne Chamblin, one of Milk River’s enthusiastic board members—outside of 1708 Gallery

Kemp is referring to arts centers that allow professional artists to mentor adult artists with special needs–artists who are interested in exploring how art can become a career. Her pop-up workshop at 1708 Gallery for Week 2 of 10 x 10 mark the official launch of Milk River Arts.

As part of her community outreach position at the Visual Arts Center, Kemp had been researching the ways in which ultra-artistic cities engaged with their communities. She walked into Creativity Explored in San Francisco, and her life changed.

“I immediately felt connected and energized by the art that was there,” says Kemp, who is an energizing person herself. She took a tour of their studio–which included more than 130 adult artists with developmental disabilities working away at creating art–and knew she had hit upon something profound.

“It was the most magical place,” she insists, and went on to describe it while smiling and tearing up at the same time. An artist named Evelyn, who had been exploring her own creativity at the center since 2002, showed Kemp around. The latter was struck by the way that Evelyn took the art she had done each day, laid it across her arms, and took it to a special place in the studio to honor her day’s work. “Very rarely do we take the time to reflect on and honor our day.” 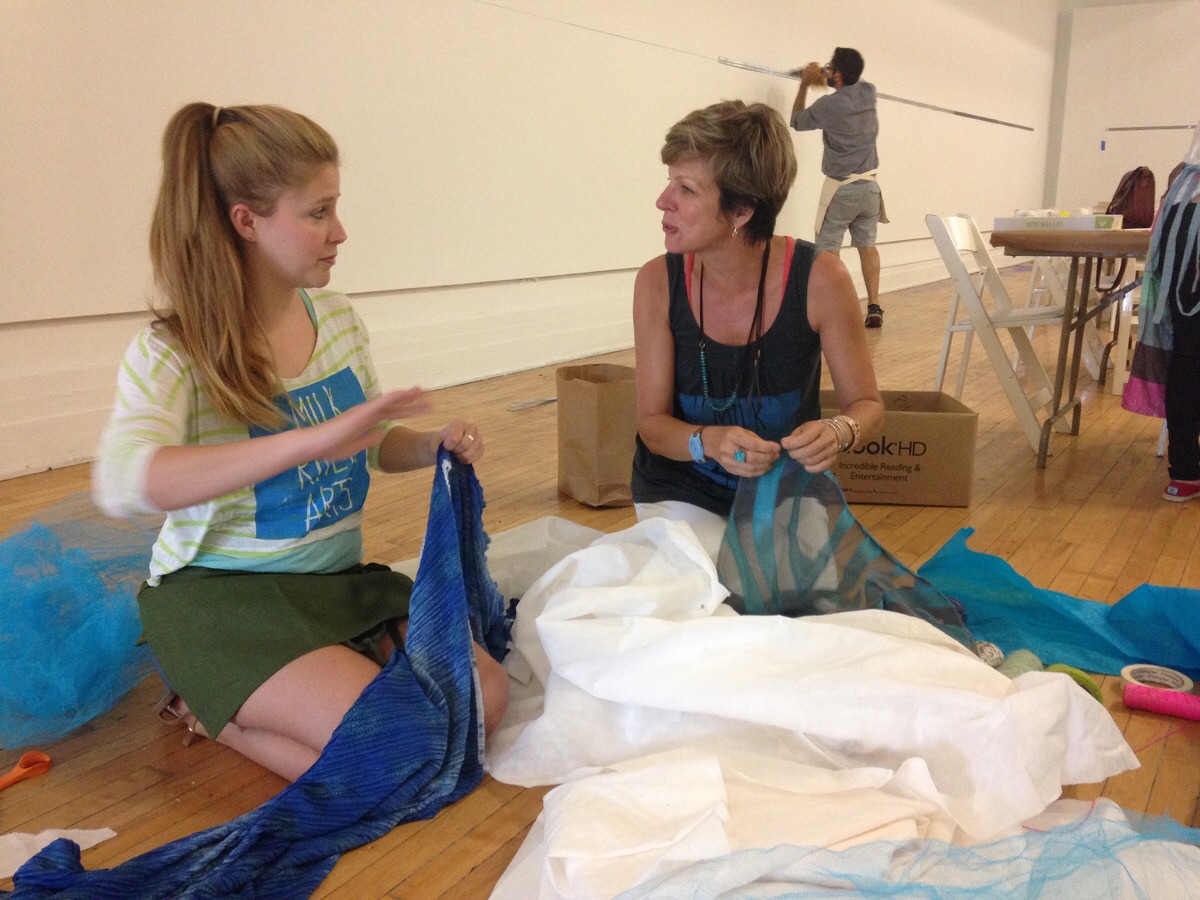 Basically, it is difficult to interact with Sally Kemp and not feel totally galvanized and ready to help. While she felt like the reception to her idea of creating a similar environment in Richmond was overwhelmingly positive (there’s a lot for kids and even kids with special needs here, but no artistic facility completely dedicated to the needs of adults with developmental disabilities, which are different from those of special needs kids), where would the funds come from?

In California, places like Creativity Unexplored get some help from the state. Our commonwealth has yet to arrive at that point, so currently, Milk River Arts is 100% philanthropically funded. Kemp assembled a board of professional artists and has been adding to her team of professional mentors, many of which I met and all of whom were clearly passionate about the project. “The question I get asked all the time though is, ‘Who are your artists?’ ” She means the actual adults who will (or would) come to a Milk River Arts pop-up workshop or to what will hopefully be a permanent facility sooner rather than later.

Caption: Sally Kemp (left), holding one of Evelyn’s works of art, and Anne Chamblin, one of Milk River’s enthusiastic board members–outside of 1708 Gallery

That’s what Kemp hopes that this week at 1708 Gallery will tell her–how many artists are interested. The families and caretakers will be greeted at the door, and the artists will be paired up with a mentor. After some questions and answers about what kind of materials they might be interested in and what they think they might want to express, the artist can get to work in a supportive environment, be inspired by and inspire other people, and possibly even sow the seeds for a successful career. “And that’s what 1708 does so well–find emerging artists and help them grow,” says Kemp.

Of course, Milk River Arts welcomes anybody in the artistic community or interested in learning more about that community to come by 1708 Gallery this week. Sally Kemp feels that, in addition to seeing if maybe being a mentor is your bag, you can’t help but be inspired by the art that will be created there.

And if you can’t make it, give Milk River Arts a shout another time–this is only the beginning.