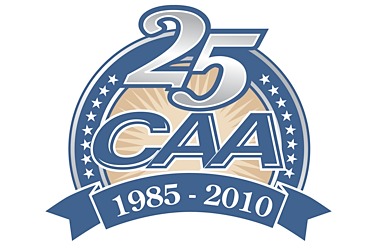 The CAA tournament begins in Richmond this Thursday and much is at stake for the Rams. Despite some solid wins against “major” programs, the Rams’ slide to the fourth seed in the conference means that a conference tournament championship is likely their only route to the NCAA Tournament.

Rams down Georgia State, move to 14-5

​The Virginia Commonwealth Rams are known to have one of the most dominant homecourt advantages in college hoops. They came into Saturday’s contest against conference foe Northeastern having won 18 consecutive games in the Stuart C. Siegel Center.

The story coming in would be how the Dragons, led by a freshman at point guard in Frantz Massenat, would handle the ferocity of the Rams defensive schemes. For VCU, it would be how they could contend with the size advantage of their conference foe, one of the top rebounding teams in the nation.

VCU beats William & Mary (but not by much)

For many fans, getting to the Siegel Center for Saturday’s matchup between the VCU Rams and the William & Mary Tribe was a battle due to a Christmas Parade commanding much of Broad Street. The Rams dealt with similar adversity in the form of a plodding, half-court tempo dictated by the Tribe for most of Saturday’s matchup.

VCU came through with a 70-53 win on Saturday afternoon over their opponent from the Mid-American Conference in a nationally televised game via ESPNU. The Rams, now an annual participant in the BracketBuster event, hope to have swung some momentum with their victory over the MAC conference’s number one team.

The Drexel Dragons came into Virginia Commonwealth’s Stuart C. Siegel Center on Tuesday night employing a three-guard starting lineup aimed at utilizing quickness to overcome their lack of size. Larry Sanders put an end to that game plan early and often en route to 29 points and 13 rebounds as the Rams defeated their conference foe 73-54.

Rams down the Monarchs in the snow

Virginia Commonwealth University entered Saturday afternoon’s game versus rival Old Dominion in the midst of yet another winter storm in Richmond. Despite adverse factors, the Rams came through with an important victory over their in-state rivals 70-58.

The Virginia Commonwealth University Rams put on one of the most impressive shooting displays in recent memory, obliterating the Towson Tigers 112-53 in a home conference game on Wednesday and setting or equaling numerous records in the process.

With superstar big man Larry Sanders suspended for the Virginia Commonwealth University men’s basketball team against the University of Delaware on Saturday, it was inevitable that the Rams would have a different identity, both offensively and defensively.