The remnants of last summer’s heat wave which caused the death of two Richmond City Jail inmates came up at the most recent City Council meeting, two separate incidents that prompted the ACLU to petition the U.S. Department of Justice to investigate. Two passionate Richmonders brought their concerns to the Council. How were their comments received? 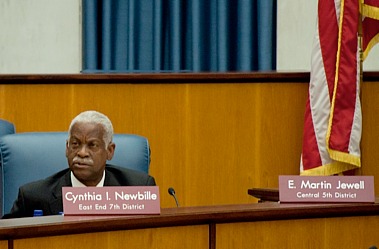 The mayor’s budget for the city of Richmond was approved unanimously at the last City Council meeting after a heated debate, but a relative calm settled over the council at yesterday’s meeting. Still, feathers were ruffled over rushing a bill through City Council about a problematic stretch of Parkwood Avenue.

Last night, Richmond City Council passed a $709.9M operating budget for the 2011-2012 fiscal year despite dozens of residents showing up to protest cuts to Fridays at Sunset. 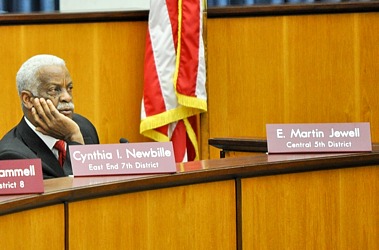 Last night there were no regular agenda items to be discussed by Richmond City Council, but dozens of minority business owners dominated the meeting, pushing the city to adopt legislation to support them.