our two part series of Sippin’ from the Governor’s Cup. ">

We taste Virginia’s 12 best wines so you don’t have to! The second in our two part series of Sippin’ from the Governor’s Cup. This past February, 45 prestigious palates gathered for a blind tasting that would determine the 12 best Virginia wines–henceforth known as The Governor’s Case. A couple months later, for reasons that remain curious, the powers that be thought it would be a good idea to dump a case on yours truly and see what happened. The following is the second in my two part series of Sippin’ from the Governor’s Cup.

When he’s not busy firing and rehiring Gary Busey or questioning the existence of the President, Donald Trump enjoys the peace of the vineyard. Well, at least, he OWNS a vineyard. And while I usually celebrate the narrative of a passionate, hands-on vineyard owner, His Hairness probably isn’t cut out for the craft of winemaking.

Delicate, elegant, and subtle, the Trump SP Brut Rosé is everything THAT DOESN’T come to mind when you hear the name Trump. It’s the only non-red wine included in the Governor’s Case, which speaks volumes on its complexity. This dry, sparkling rosé is made in the traditional Champagne method (aka méthode champenoise or méthode traditionnelle) in which, after primary fermentation, the wine goes through a secondary fermentation in the bottle (in this case, for 22 months). Super dry with subtle notes of red fruits and that nice bready character that you get from good Champagne, the Trump SP Brut Rosé is equally suited for black tie affairs or a boozy brunch. And at $29 a pop it’s a far better value than some of the big name sparklers that dominate the market.

This wine bottle has one of those cool melted wax tops; popping the cork is like opening a letter from Tywin Lannister. But instead of smelling like raven feces, it greets you with a nose of dried flowers, ripe cherries. and vanilla. All that continues onto the palate. Though by no means light bodied, this is definitely one of the more delicate of the Governor’s Cup offerings–one of those rare big reds that begs for another sip. A near perfect balance of acid and tannin grant the Sunset Hills Mosaic a structure as impressive as the great castle of Harrenhal, before it was engulfed in dragon fire during Aegon the Coqueror’s conquest of Westeros.

I know what you’re thinking ladies: “A wine nerd AND a nerd nerd, how was this guy ever single?”

In their short history, RdV Vineyards in Delaplane, Virginia has garnered quite a bit of buzz—both for their allegedly stellar wine and for their relatively stratospheric price point. In a market where most Virginia vineyards offer recent vintages and table wines for $15-$30, and reserve bottles for $35-$50, RdV starts their pricing at $75. A visit to their tasting room will set you back $50 and is by appointment only. Hell, even their pairing suggestions assume a sense of affluence and access, instructing you to serve their 2010 Rendezvous with “corned beef tongue, savoy cabbage, baby carrots, and mustard sabayon.” Wow, only $75 AND I’ll finally have a use for all that mustard sabayon I got lying around!

I may be stating the obvious here when I say that I was a bit skeptical about this vineyard. But the fact they only release two wines a year and BOTH were blindly selected for the Governor’s Case (ie: the top 12 out of 377 entries)…well, clearly there’s more going on than just clever brand positioning.

The 2010 Lost Mountain is bold yet easy drinking. The palate is dominated by dark fruits, with tannins that are surprisingly mellow considering the high concentration of Cabernet Sauvignon. Overall I found it to be an enjoyable and well-made wine, if not exactly a bargain at $88.

The 2010 Rendezvous, on the other hand, was like a punch in the pleasure zone. With layers of lush fruit and a silky smooth mouthfeel, this wine drinks like an early Beach Boys song: harmonious and easily digestible yet deceptively complex. Undoubtedly, one of the nicest Virginia wines I’ve come across.

Now, would I buy it? Look man, I got triplets on the way; $75 is a little rich for my blood (which I am currently selling for diaper money). But I would very happily accept it as a gift. And, I do have a birthday coming up in 10 months….

There’s no doubting the Potomac Point Richland Reserve Heritage’s pedigree as a Virginia wine. While many wines in the Governor’s Case could, and have, been mistaken for a product from Napa or Bordeaux, there’s something on the finish of this one that screams Virginia. It’s hard to describe, but it’s a kind of earthy/vegetal quality (I believe the experts call it “forest floor”) that I find with a good number of wines from the Commonwealth. In this case, that quirky characteristic is nicely balanced with dark cherry and prune, smoke and a handful of Virginia dirt (a recipe I coined on my last day working at Jamba Juice). 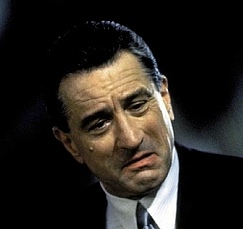 The winner of this year’s Governor’s Cup should come as no shock to those that follow the local wine scene. The Barboursville Octagon is one of the most celebrated names in Virginia vino. The Octagon is a great wine in the way that De Niro is a great actor. Not because it’s always making this face–why would a wine make that face? No, De Niro is a great actor because he makes it look easy, as if he’s not acting at all.1

These days, there are plenty of wines that win acclaim by assaulting your senses—the Octagon is not one of them. If you approach it expecting fireworks you’re missing the point. The 2009 Octagon won this award because it is a beautifully balanced, subtle, and sneaky wine. It delivers the performance of a lifetime, without even trying. It reveals itself in seemingly infinite layers, yet drinks like dream. I mean, I’ve thrown back half a bottle while writing this paragraph–hehe, that’s a funny word: paragraph. It sounds like “pair of graphs.” And then I wuz like, you dont scare me anymore, Barbara! And izunt that what the tru meaning of halloweens is all about?zzzzzzzzzzzzzzzzzzzzzzzzzzzzzzzzzzz