Kendall Anthony and Cedrick Lindsay did all they could to keep Richmond alive against cross-town rival VCU, but the Rams proved the better all-around team and dropped the Spiders to 14-8 (4-3) on the season. For a while, it looked as if the Richmond Spiders were going to provide only a minor speed bump on the way to a VCU blowout in front of a raucous and sold-out Siegel Center. After being throttled by conference leader St. Louis on Wednesday night, the Spiders came out flat on Saturday morning and allowed VCU to dominate early with their high-octane style of fast-break offense and “Havoc” defense. The Rams opened the game on a 10-3 run, held Richmond to only 32% shooting throughout the first half, and forced seven Spiders turnovers heading into the locker room. VCU shot only 38% but managed to connect on four of ten 3-pointers in the half first, each causing Rams fans to surge back to life. Quite frankly, to be down by twelve at the half seemed miraculous for Richmond, considering only Kendall Anthony (31 PTS, 10-21 FG, 4-11 3FG, 7-10 FT) scored more than four points. In fact, outside of Anthony, Richmond shot just 4-18 for only ten points.

The second half turned out to be an all-around better stretch of basketball for both the Spiders and the Rams, as both teams shot over 57%. VCU started the half right where they left off, scoring two straight buckets in the paint before Richmond was able to go on a quick 12-6 spurt and cut the Rams’ lead to just six at 40-34. Unfortunately for the Spiders, that six-point deficit was as close as they would get all afternoon. But Kendall Anthony and Cedrick Lindsay (21 PTS, 7-12 FG, 7-11 FT) refused to allow Richmond to leave the Siegel Center quietly, keeping the Spiders above water and competitive until the final minute of the game. Beginning at the 16:42 mark of the second half, Anthony and Lindsay combined to hit eight straight field goals and score 25 straight points for the Spiders until Trey Davis (8 PTS, 3-7 FG, 2-4 FT) converted two free throws with 7:14 on the clock. 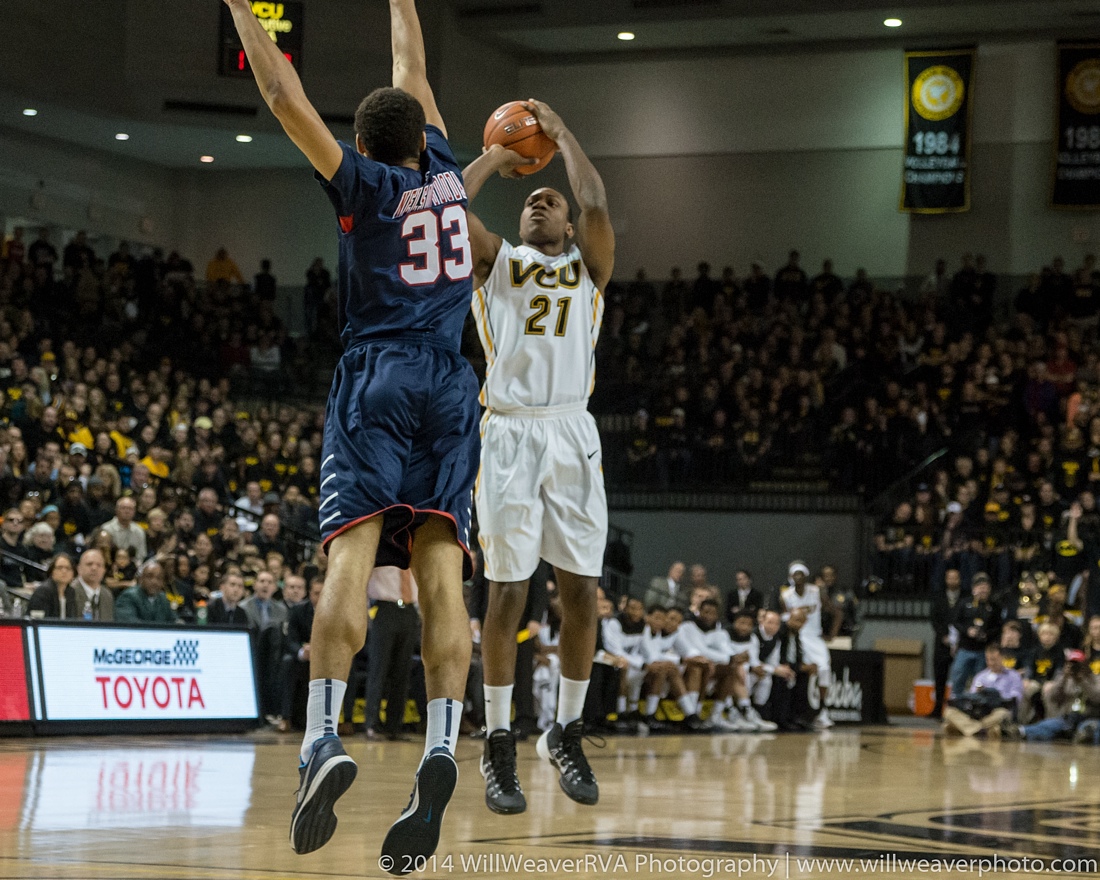 Davis, Alonzo Nelson-Ododa (3 PTS, 3 BLKS, 2 STLS), and Shawn’Dre Jones (4 PTS) combined to score only eleven of Richmond’s 48 second-half points. The rest belonged to the dynamic scoring duo of Anthony and Lindsay. Every time VCU threatened to put the game away for good, Anthony would hit a big 3-point basket or Lindsay would get into the paint and finish his familiar floater in the lane. But for every big shot they hit, VCU would respond by nailing their own timely buckets on the other end to keep the crowd in the game. Eventually, Anthony cooled off from his torrid pace, and the Spiders went four minutes and twenty seconds without a field goal until Jones, a freshman, scored on a jumper and a layup in garbage time.

The second half of Saturday’s Bank of America Capital City Classic featured an aggressive Spider squad that will certainly hope to build on its offensive momentum heading into the second half of their conference schedule. Richmond’s backcourt is one of the best in the conference and can undoubtedly score on any defense that tries to stop them. But they can’t do it alone. 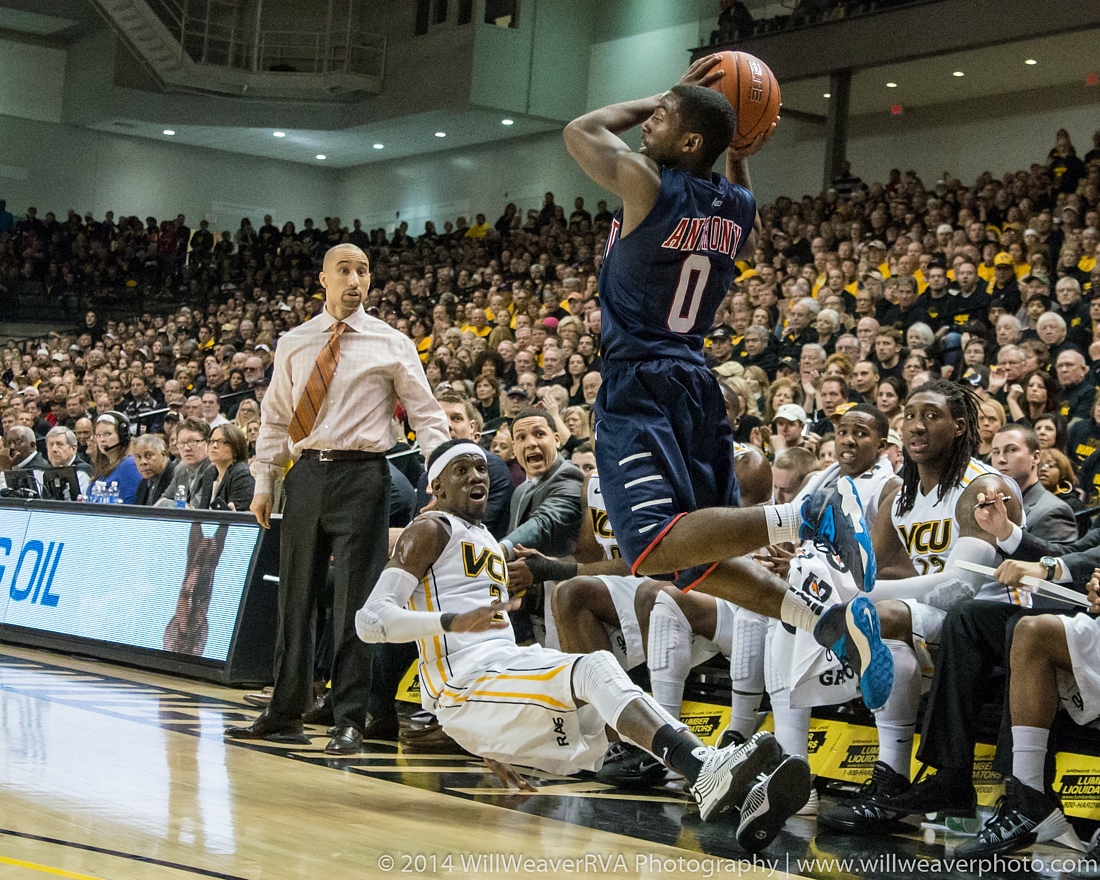 No mystery here. Kendall Anthony was last week’s Atlantic 10 Player of the Week and continues to shred opposing defenses, doing so against VCU’s “Havoc” on Saturday afternoon. He tied his career high with 31 points and single-handedly kept the Spiders afloat throughout the game. He has scored at least ten points in 14 straight games and has now reached 20 or more in two of his last four outings. Anthony and Cedrick Lindsay continue to provide arguably the conference’s best scoring backcourt, combining to average over 33 points per game.

The Richmond Spiders head back to the Robins Center on Wednesday at 7:00 PM to face St. Bonaventure. Kendall Anthony and company will try and end their current two-game skid and avenge a previous loss at the hands of the Bonnies back in early January. The game can be viewed on CBS 6.3 and heard locally on ESPN 950. Richmond will then hit the road again and travel to Duquesne on February 12th.