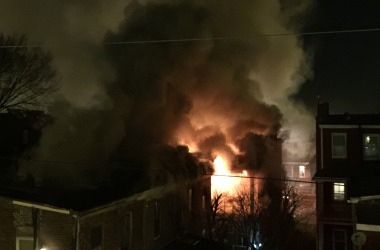 Late Monday night, a two-alarm fire broke out at 113 block of W. Clay Street near Adams Street. When firefighters arrived, heavy smoke and flames were coming from the second story of the building. The two-alarm fire left four people displaced.

The fire may have been caused by a space heater, but the cause of the fire is still under investigation. Now that the weather is colder, here are a few safety tips to remember when heating your home during the winter.