When I talk to people who didn’t come to see Jason Ajemian & The HighLife and Coald Toast on Saturday night about what they missed, I find myself stumbling over my words to make any description other than “It was amazing.” People like reference points. They want to know what genre it is or what genres it pulls from. They’d like to be told what artist or band it sounds like, so that they might be able to imagine what the music was like without having been there. As soon as I realize that doing so for The HighLife would be like identifying a kaleidoscope by a single color, it becomes a bit of an easier task.

See, an explanation of this band is less of what musical influences they draw from and more of an exact description of their sound. Breaking it down even further, what they sound like is a direct result of their unique musical process and the characters who are taking part in it. 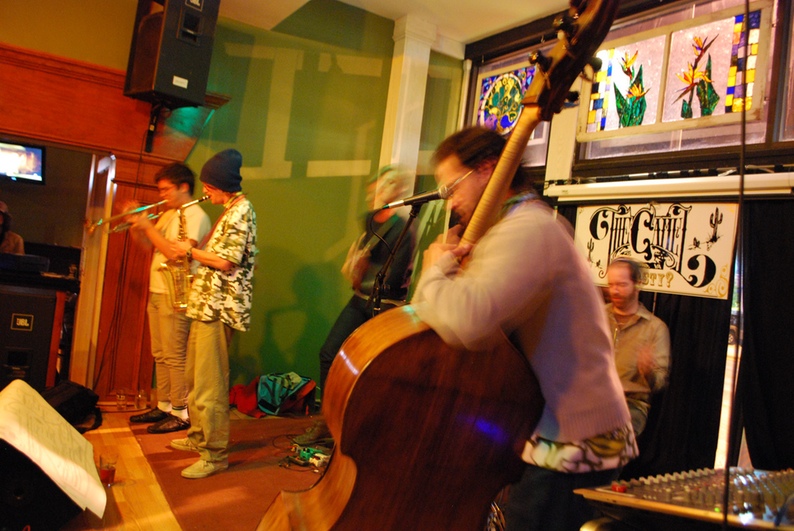 Each of Ajemian’s Auto-CAD-notated scores is a blueprint for the set. It’s a visual map from room to room, each room being a song sung solely by the bassist and accompanied by the band, an a capella Canadian sea shanty sung by a harmonizing and stomping quintet, a James Brown-ish groove, a rhythmically lulling chorus with lyrics “We’re not scared of monsters, monsters,” and so the list continues. 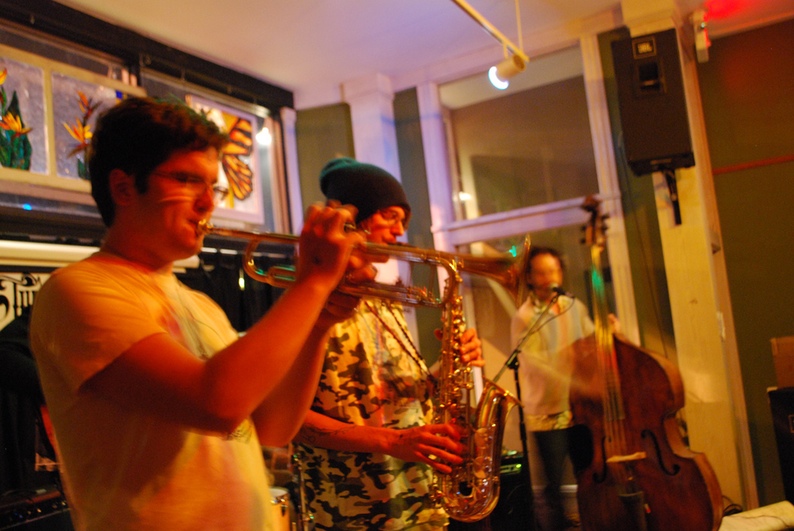 The notated hallways that connect each room (this is less of a metaphor than you may think) set the tone for the improvised transitions from room to room. Saturday night was their 20th or so gig on this tour alone. Along with their tour in August of last year and various other gigs, that makes it their 35th or so gig as a band. Trumpeter Jacob Wick told me that while the main songs (rooms) were likely to be similar from night to night, the real variations happen in the improvised transitions (hallways) or when Ajemian cues a song in a different order than the score suggests. 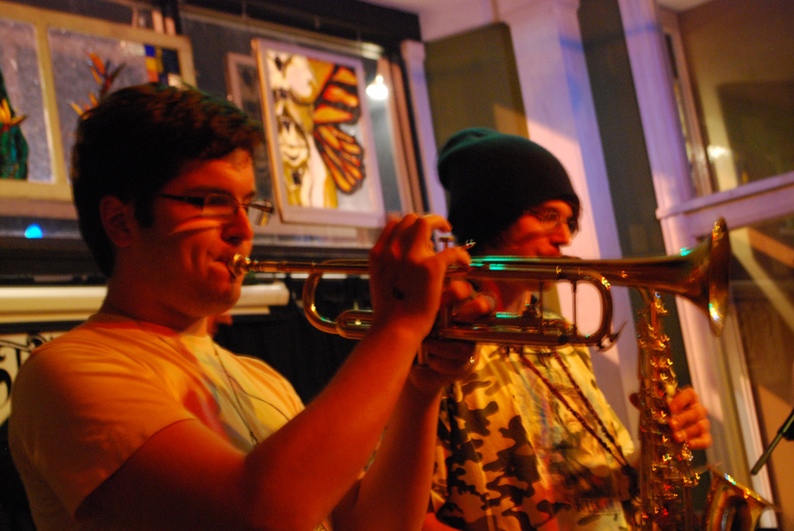 Between their first and second set, I had to ask the band about how they never seemed to look at the music. The three or four large sheets that make up one set were carefully draped over monitor speakers at the front of the stage, far enough away from guitarist Owen Stewart-Robertson and drummer Marc Riordan that seeing the smaller details on the page for them seemed unlikely. Furthermore, Wick, alto saxophonist Peter Hanson, and Ajemian looked like their eyes were closed throughout the performance even though they would delicately turn the page when it was time. Their answer should have been pretty obvious to me: they’ve played lots of gigs together to the point where they mostly use the scores for reference. 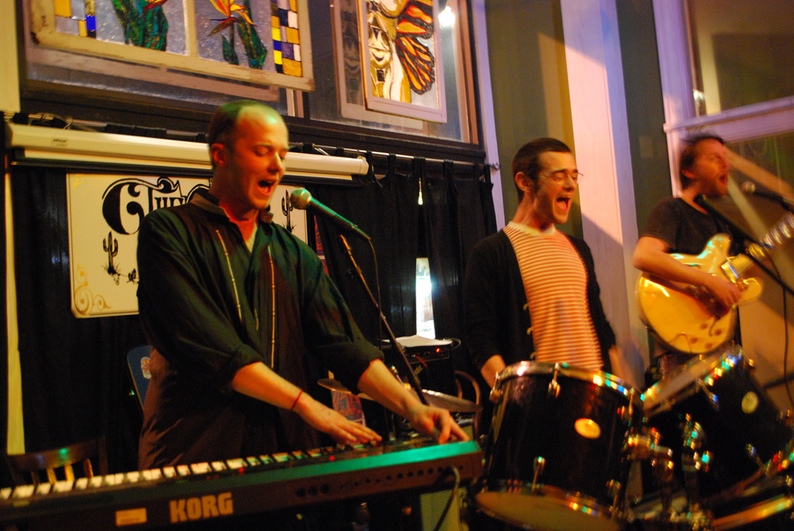 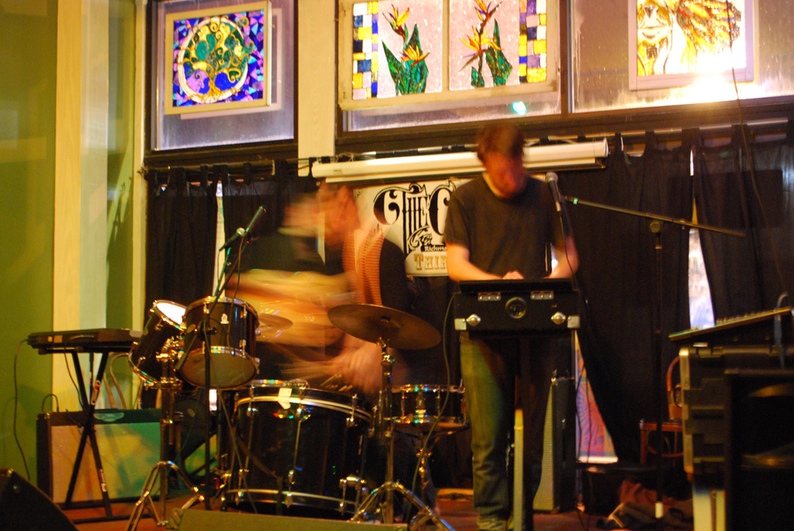 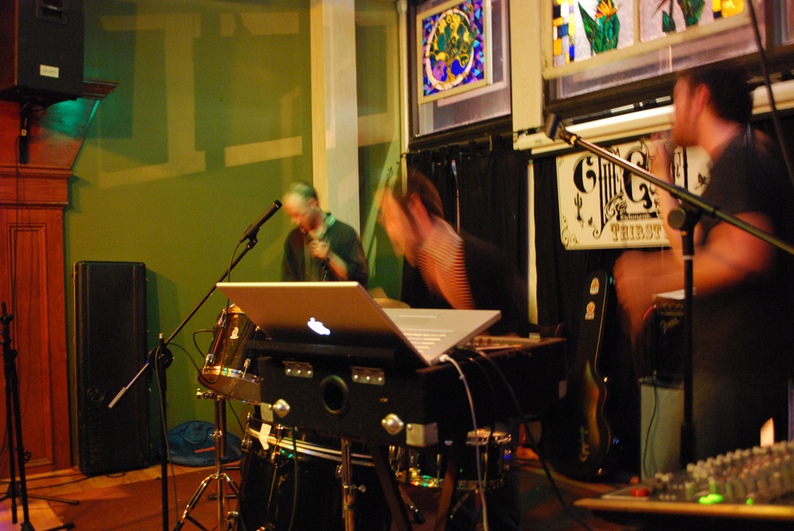