I wish I could take credit for the headline, but it came with the press release. Who doesn’t love a good THWAP? Anyway, yes, comics at VCU. Here’s the deal

I wish I could take credit for the headline, but it came with the press release. Who doesn’t love a good THWAP?

Anyway, yes, comics at VCU. Here’s the deal, according to the press release:

Comicality, a brand new student journal designed to allow the VCU community to express its love of comics and their culture, is preparing to release its first issue on May 14.

Originally the brainchild of two VCU undergraduate students, Comicality called on the VCU students, faculty, staff and alumni to submit strips, single-panel comics and essays. Editor and co-founder Christine Stoddard says they wanted to give the community a chance to shine and show their love of the medium.

“The goal of the journal is to provide a print venue for VCU students, faculty and staff to exhibit their comic-spirited writing and illustration talents,” Stoddard said.

Stoddard also noted that part of her and co-founder David Fuchs’ motivation was to inform and educate those members of the student body and faculty that are unfamiliar with comics and the rich culture surrounding them.

“We wanted to entertain the VCU community while educating people about the comic arts,” she said. “Students should be thrilled to witness the premiere issue and learn more about the local comics scene. Or, at the very least, they should be excited about seeing some great art and getting a few free laughs.”

Comicality isn’t your typical superhero fare either: the journal will include strips, single-panels and essays ranging from satirical and humorous, to philosophical and intellectual. Stoddard said the impetus for the journal was that there was previously no real outlet for students to display their varied, sometimes experimental or controversial, illustrations and writings.

“We wanted to provide a forum for VCU students to express themselves through sequential art,” Stoddard said. She is excited to get the chance to publicize this under-appreciated medium and says that they will continue taking submissions at stoddard.christine@gmail.com in order to have even more amazing artwork and thought-provoking essays in next year’s issue.

The journal, debuting May 14, will be an oversized tabloid-style magazine. Each issue will contain more than 40 pages bursting with black-and-white and full-color illustrations, essays and a note from the editor describing the process and purpose behind Comicality.

Though the journal is still in its early stages as a student medium, Stoddard, Fuchs and the rest of the staff have plans to print once a year from now on, similar to other student journals like Poicteseme and Amendment. And like all other student mediums, Comicality will be distributed free of charge across campus for all to enjoy.

The folks in charge sent over a couple examples of the artwork expected to be featured in Comicality. Here’s one that gave me the church-giggles: 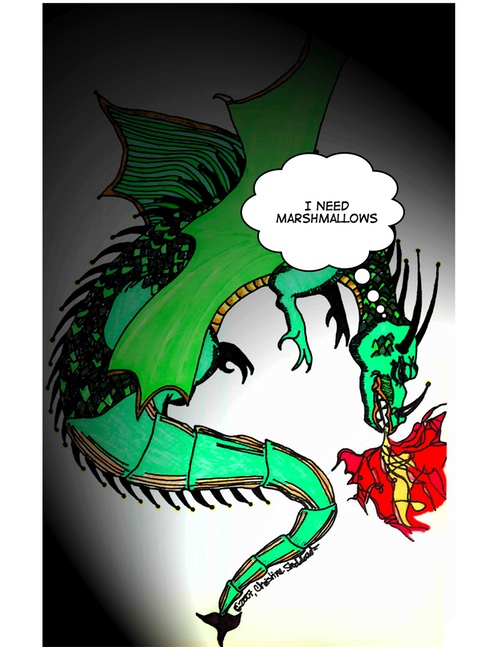 (From Christine Stoddard, editor of Comicality)

Look for Comicality on May 14 on the VCU campus — and be sure to come back here and let us know what you think.