What to expect: VCU looks to rebound at Xavier

Only days removed from one of the most lopsided losses of Coach Shaka Smart’s career, VCU travels to Xavier as the Rams continue their quest for the Atlantic 10 Title. Only days removed from one of the most lopsided losses of Coach Shaka Smart’s career, Virginia Commonwealth University travels to Xavier as the Rams continue their quest for the Atlantic 10 title. 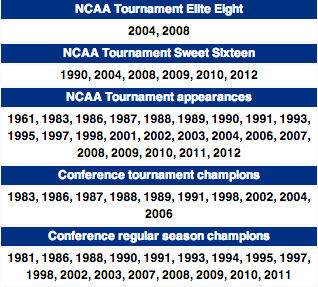 New additions VCU and Butler have been the talk of the A-10 this season, but Xavier has owned the conference for the past decade.

Scared? The good news: Xavier isn’t the team they’ve been for the past decade, and their stiffest conference challenge at home this season was La Salle. The Musketeers still have to host VCU, UMASS, Saint Louis, and Butler.

VCU looked lost on the road Tuesday against Saint Louis. Can the Rams turn things around and win in one of the most difficult environments in the nation on Saturday?

Xavier boasted one of the most dynamic and talented backcourts in the nation last season with Tu Holloway and Mark Lyons. Holloway graduated, Lyons transferred to Arizona, and Xavier has been left in rebuild mode most of the season.

Offensively, Xavier scores points by getting to the rim. Their lack of 3-point shooting is something they will tackle in the offseason, but for now they aren’t much of a threat from behind the arc. The Musketeers make up for it with stout offensive rebounding and a knack for getting to the free-throw line. That’s bad news for the Rams who have struggled with defensive rebounding and fouls throughout the conference slate.

Defensively, Xavier butters their bread with rebounding. Xavier is one of the few teams nationally who is good at rebounding on both ends of the court (here’s a super-heavy read explaining why that’s a big deal).

What should really scare VCU is Xavier’s preference of pace. The Musketeers rank 295th nationally at 63 possessions per game which is the danger zone for the Rams who prefer to run. At home, Xavier should be able to pump the breaks and dictate pace. The Rams were stuck in the mud in Tuesday’s 56-possession beat down in St. Louis, how will they respond to the slow tempo in Cincinnati?

One of the premier freshmen in the Atlantic 10, Christon has improved consistently throughout his freshman campaign. He lacks an outside shot, but he can drive the lane, he attempts plenty of free-throws, he is a capable distributor, and he is a great rebounding guard. He has scored double digits in thirteen straight games, and he can make plays when Xavier needs them. At times turnover prone, it will be interesting to see how he handles HAVOC! When Christon leaves his feet (which he does frequently), Briante Weber and Darius Theus need to be there for the steal (which they do frequently).

#11 Dee Davis (SG, Sophomore) • Davis is a capable 3-point shooter and an even more capable ball handler. At 6-foot-0, he sometimes struggles on defense against bigger guards. Rob Brandenberg needs to attack him early and often.

#4 Travis Taylor (F, Senior) • Taylor is the most important Musketeer not named Semaj Christon. He is much more efficient offensively than Christon, but he is much more important to the team because of his rebounding and defense.

#20 Justin Martin (F, Sophomore) • Their second most capable rebounder, Martin is finally starting to recover some of the offensive magic he had early in the season before suffering a concussion in December. He recently went off for 15 against Duquesne and 16 against Fordham.

#24 Jeff Robinson (F, Senior) • Robinson is the Musketeers’ biggest body, and he is a valuable senior leader. He can score and rebound, but this is a favorable matchup for Juvonte Reddic.

Outside of the Cintas Center, this is a much easier task, but there is obviously something special about that place. If the Rams show up hungry, they have the talent and experience to get this done. KenPom picks VCU to win 67-64 with a 66% chance of victory.