Brooms up in South Carolina is the goal. In April, 80 teams from around the world will gather in Rockville, SC to compete in the Quidditch World Cup. Over a 1,000 battled to be selected and one of those teams that managed to punch a ticket to the World Cup is Ricmond’s very own Wizengamot Quidditch from VCU.

The cost of getting the team to South Carolina is not cheap. With all the travel, hotels, and other expenses it’ll cost around $3,000. The held the traditional bake sale but they’ve also turned to IndieGoGo for raising the funds with their Get Wizengamot Quidditch of VCU to World Cup 8! campaign.

This is their second year of raising money and are less than $500 from their goal and still have 16 days left. The perks for donations are inspired. Two dollars will get you a “Snazzy Button”  and $25 will get you a fancy t-shirt. Cheers from the field will only cost $75 but the most inspired perk has just been snatched up in the best 24 hours and that was right to “Tattoo Tommy w/ANYTHING!” that’s right Tommy seen below is allowing a random individual to pick the tattoo and location of his next piece of permanent artwork. 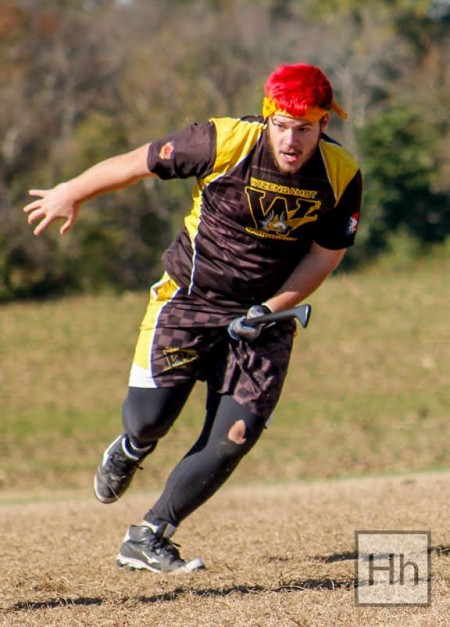