When you think of successful VCU teams, the first one that comes to mind is the basketball squad. But they’re not the only ones turning heads. For the 13th time in the last 17 years, the VCU men’s tennis team has won the CAA championship. Now the team waits for the NCAA Tournament. Don’t think that the men’s basketball team is the only VCU squad on a role. The men’s tennis team beat UNCW 4-0 on Sunday, becoming CAA champions for the thirteenth time in seventeen years.

“I’m proud of the way this team continued to work all year long and were determined to come back champions,” said Head Coach Paul Kostin. “They really wanted to get better every time they stepped on the courts and it showed over the last month or so when we were playing our best tennis of the year.” 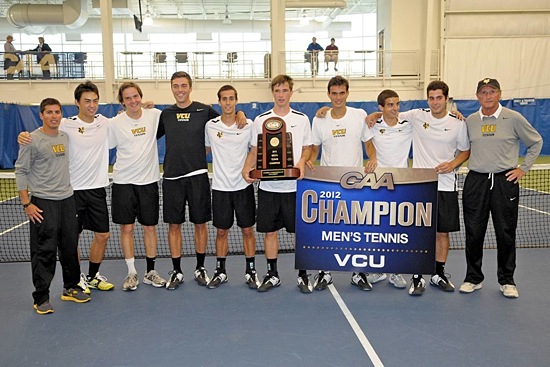