UPDATE: The ups and downs of the Manchester Bridge bike lane I got ahold of Jakob Helmboldt–the City’s Pedestrian, Bicycle, and Trails Coordinator–and asked him about the perilous southern exit of the Manchester Bridge (which sounds like a Harry Potter book). He said we’ve got a ghastly gore screwing up our bike lane travels (also maybe from a Harry Potter book?). Here he is in his own words:

The problem is that in the gore (the wedge shaped space between the lanes and on/off ramps) there is a concrete median that narrows down the ramps at the top. The ramps themselves are wide, but that median creates a pinch point that is just a bit too narrow to continue a travel lane and a bike lane on the ramps. Those are a monolithic structure, meaning they are part of the bridge deck. So we certainly recognize the limitation those impose. We need to see if we can come up with a feasible means of modifying that. Modifying bridges requires careful consideration of structural integrity issues.

So there you go! The folks at the city are aware of the situation, but bridges are complicated things. Here’s hoping for a creative solution sometime in the not-too-distant future.

Last week, Mayor Jones and Max Hepp-Buchanan cut the ribbon on the new Manchester Bridge (9th Street) bike lanes. A combination of buffered bike lanes, sharrows, and some vibrant green paint will (theoretically) get you back and forth across the bridge in one piece.

First, the buffered bike lanes on the actual bridge itself are so luxuriously wide! If you can safely make your way onto the bridge, you’re treated with what’s probably the best view of the river and the city (see above).

On the north side of the river, the transitions from regular roads to dedicated bike lanes take place over a couple of streets (Byrd Avenue and Canal Street) and are highlighted with bright green paint. Richmond’s Bicycle Master Plan recommends the use of green paint to highlight conflict zones–where bikes and cars could meet. It helps cyclists pick a safe path through an intersection and provides a clear visual boundary for nearby vehicles. 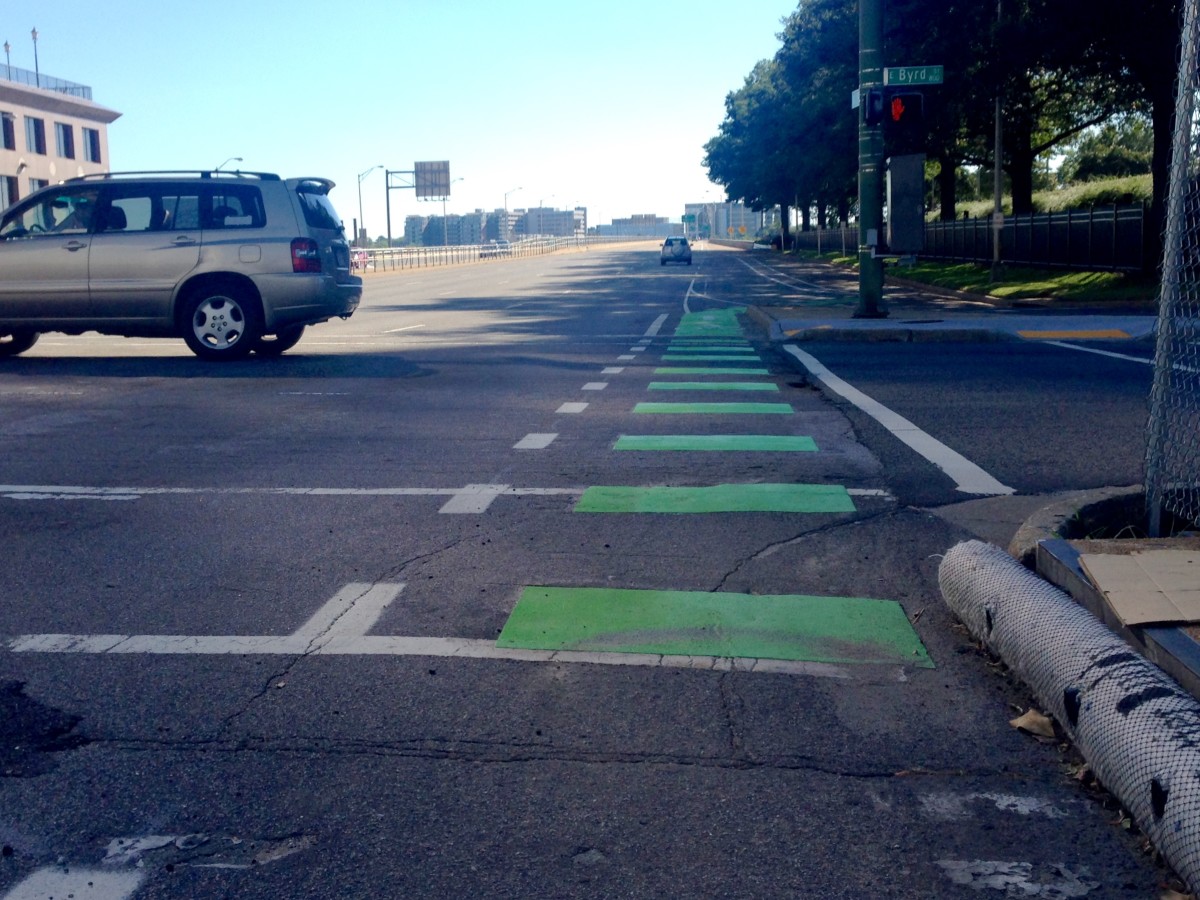 You can see in this picture facing south on 9th Street that the green paint leads you through the intersection and then bends right to take you across the Byrd Street onramp into your very own, beautiful bike lane. 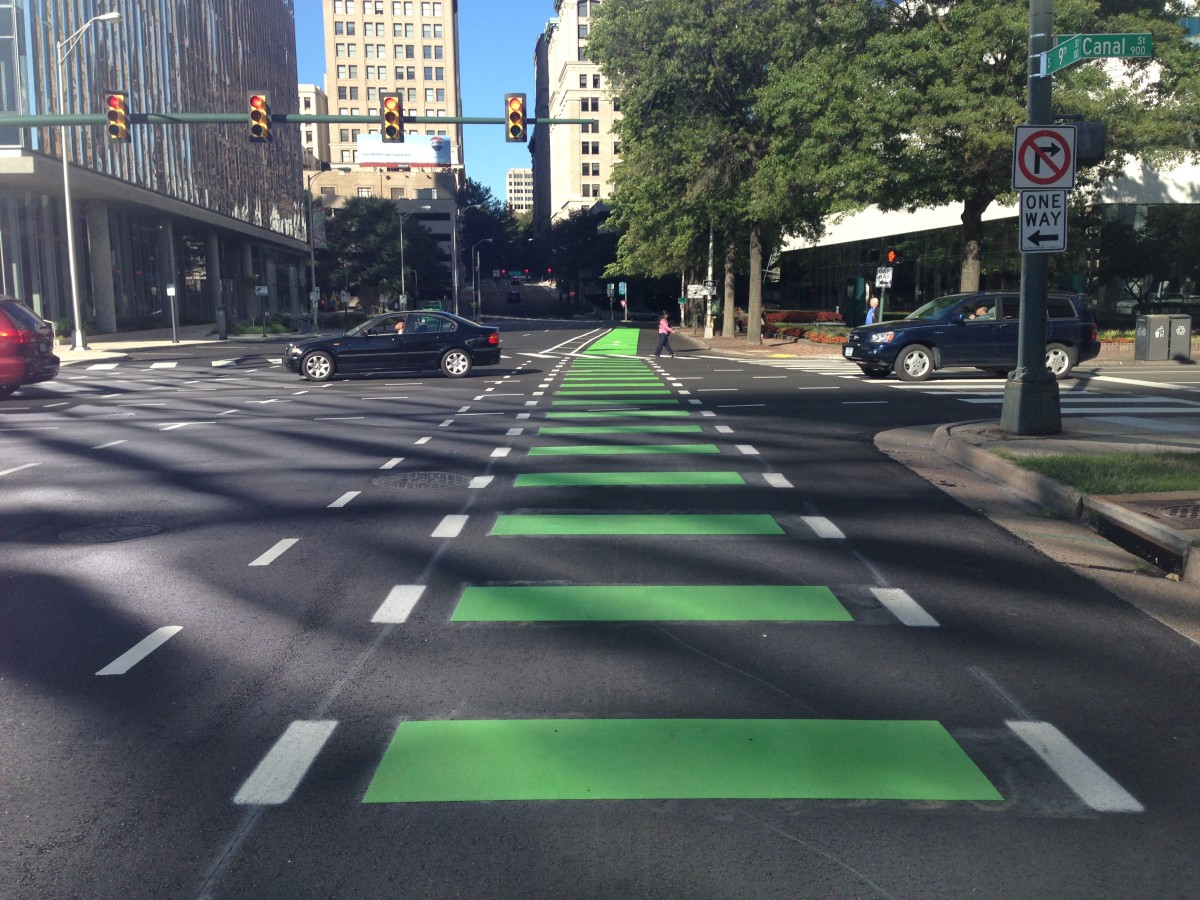 Now facing north, the green striping guides cyclists across the giant intersection of 9th and Canal. You can ride the green highway all the way to Cary Street–at which point you’re unceremoniously dumped into regular traffic (which makes taking a left back into the Fan a challenge).

Luckily for Fan-bound cyclists, there’s a proposed (and funded!) cycle track1 that stretches from Monroe Park down to 9th Street. Theoretically, one could grab lunch at Shoryuken Ramen, hop on the cycle track, ride in protected comfort and style down to the Manchester Bridge, and cross the river to Legend where a beer awaits.

Of course, you’ve got to make it off the bridge alive first.

Vehicle speeds on the Manchester bridge are insanely fast–almost too fast for buffered bike lane2. Exiting the bridge heading south, you’ve got to ride down an offramp that’s marked only with a couple of sharrows (no green paint for the conflict zones either!?), and sharing a lane with cars as they rocket down the ramp is terrifying.

With any luck, the city has plans to improve this transition point3. But until they do, you may want to find a different and safer way to cross the river on two wheels.