It’s official: writing for RVANews has sent me over the edge–literally. If you see a group of folks hanging over the side of the SunTrust Center in Downtown Richmond tomorrow and Saturday, they’re not part of a maintenance or window washing crew-they’re on a quest of a different kind.

This weekend marks the seventh year that Special Olympics Virginia will send fearless rappellers (or ones that are really adept at covering up their fear) off the side of the 24-story office tower, where they’ll dangle 400 feet over East Cary Street in support of the organization’s programming and outreach missions.

The name of the event, Over The Edge, says it all. As a past participant myself, and one who will be on the ropes again this year for RVANews (no one else in the office would do it), I can tell you it’s the ultimate thrill. Once you’re strapped into your harness and tied into the ropes, the crew will instruct you to stand on the very edge of the building, where you’re greeted by panoramic views of the entire city, the James River, and surrounding areas.

Then, there’s nothing left to do but lean back until the ropes catch your slack, which doesn’t occur until you’re leaning back about 45º, being blown around by the wind and clinging to your faith-and having a lot of faith in the folks belaying you from the roof and ground, too.

The slow ascent to Cary Street then begins, with crowds on the ground watching you slowly walk down the building, both at the bottom and from their office windows (which is quite comical).

Eventually, you reach the bottom, breathe a sigh of relief, and bask in the comfort of knowing everything else you take on for the rest of the day will be cake in comparison to the feat you just accomplished.

An Organization Running On Adrenaline 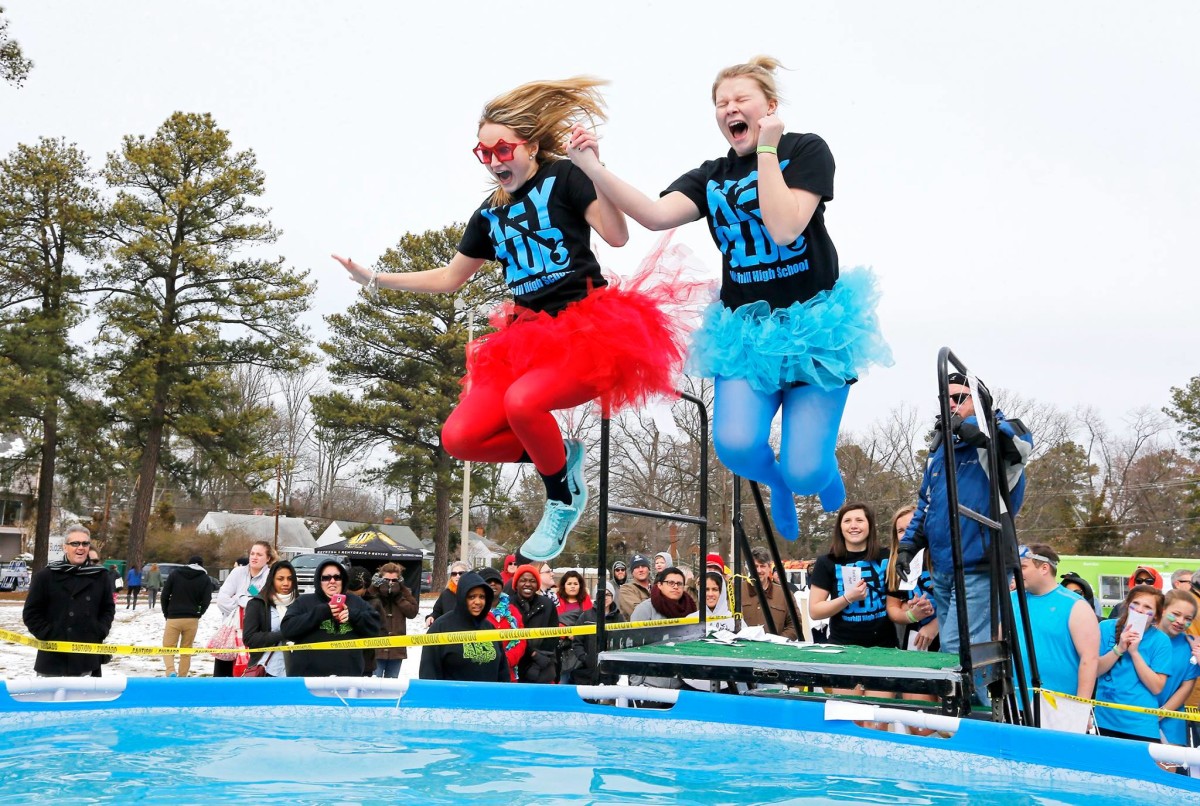 Over The Edge is but one in a group of extreme fundraisers Special Olympics Virginia puts on throughout the year. It is the most recent addition, joining the Polar Plunge, wherein participants jump into ice cold water in the middle of the winter and Plane Pull, in which teammates assemble to pull a Boeing 757 commercial aircraft down an airport runway.

It’s all in an aim to differentiate the organization from other nonprofits and provide fun ways for volunteers to help raise funds, says Holly Claytor, communications specialist with Special Olympics Virginia.

“We were at a point [eight or nine years ago] where we were doing golf tournaments and a couple walks, and that’s something a lot of nonprofits do, so we began to look at [putting on] something different that was a little more extreme,” Claytor said.

Enter Over The Edge, a nationwide company that specializes in putting on rappelling events to help nonprofits raise funds. The business was contracted to put on the Richmond event. Location scouting took over two years, but when approached, SunTrust was on-board with hosting, and has done so every year since. 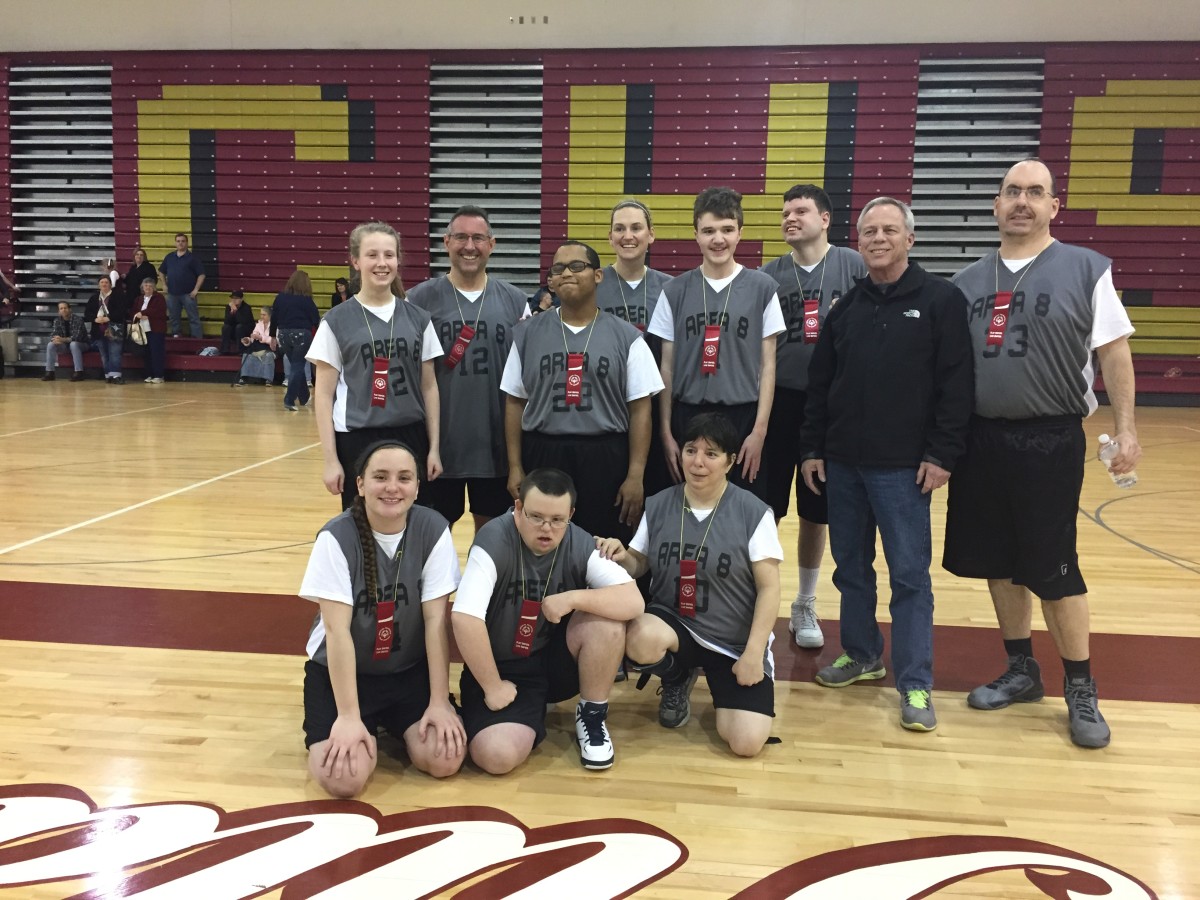 Volunteers with the group are active almost every weekend, pairing adults with and without intellectual disabilities together on various sports teams, as well as a newly-expanded youth program known as Unified Sports. Partnering with 30 high schools across Virginia, the program hosts a statewide, unified track and field team, which allows high schoolers with disabilities compete alongside those without.

“When you’re playing on a sports team with someone, you have the chance to get to know them unlike you would in the classroom,” Claytor said. “High schoolers with intellectual disabilities aren’t always included in all aspects of the school [experience], so this is a chance to have them wear the team colors, and it ultimately changes the entire school.”

Unified Sports’ mission doesn’t end when the kids come off the field, though. The program, which is currently in a two-year pilot, aims to get kids without intellectual disabilities engaged with their peers who may have disabilities, and help them create a more inclusive school environment, at an impressionable age.

“It’s a perfect time to engage folks in the program; it becomes part of their lifestyle [at that age],” Claytor said. Locally, Lee Davis and Patrick Henry High Schools have signed onto the Unified Sports program.

Claytor says Special Olympics Virginia is always seeking new volunteers as well as coaches for this and their other programs year-round. 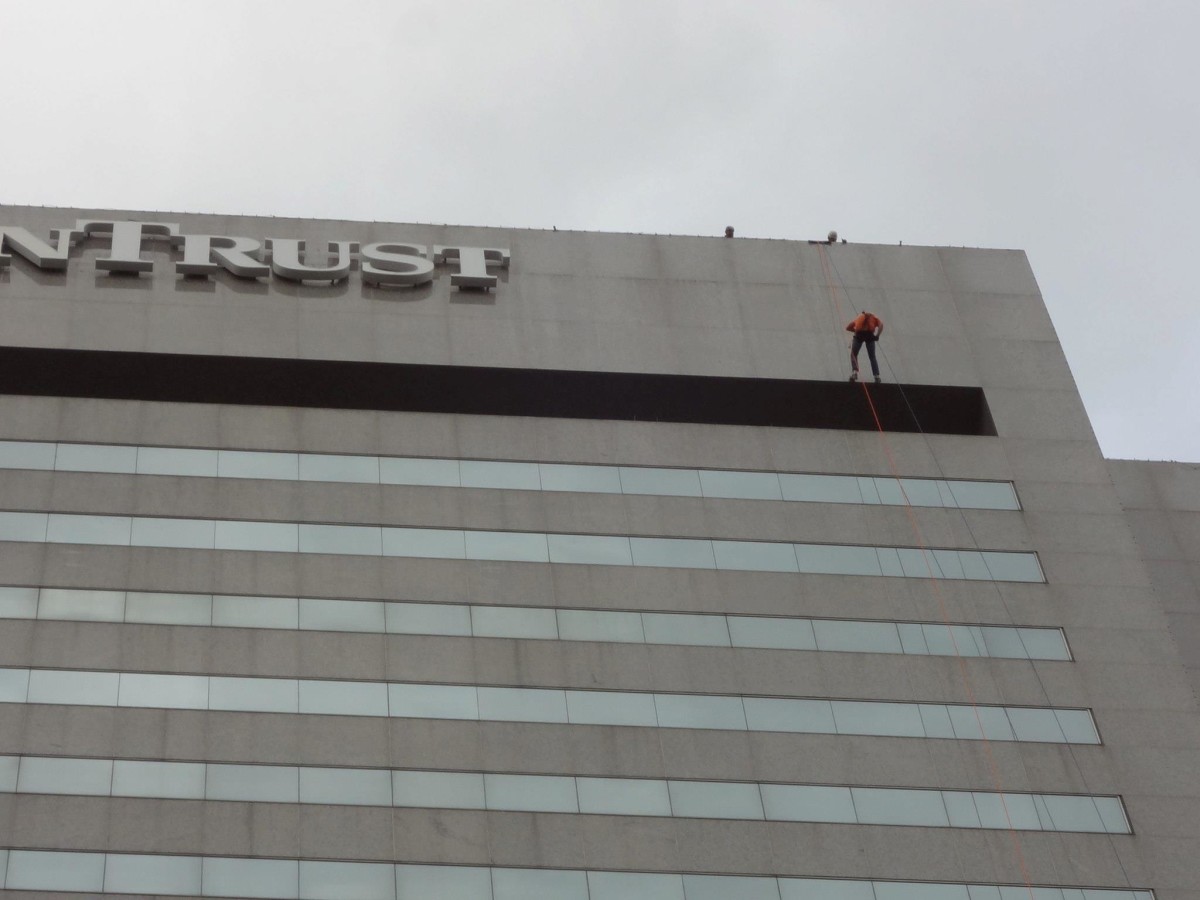 Approximately 75 rappellers are signed up to scale the SunTrust building. A few spots still remain on Saturday, if you’re feeling particularly daredevil-ish. Claytor says several fundraisers have commanded the entire sum required for participation-$1,000-in 24 hours or less, employing social media and other outlets to achieve their goal in lightning fashion. If you’re interested, you can sign up here.