Join others on September 12th for the SpeakUp5K.

On Saturday, September 12th join other runners for the second annual SpeakUp5k. Held in Byrd Park the SpeakUp5k is the signature event of the Cameron K. Gallagher Memorial Foundation whose mission is to cultivate awareness and understanding for those suffering from teenage depression and anxiety.

Register here and you can check out the map online and below. 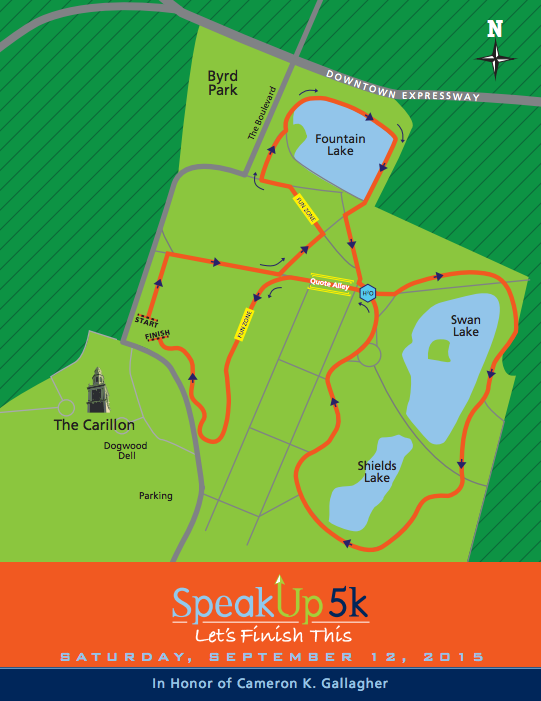