The Robins Center is in the middle of some pretty extensive renovations. Check out these striking pictures midway through the offseason. Immediately at the close of the 2012-2013 basketball season, extensive renovations began at the Robins Center. Seats were removed, murals came down, walls went up. Perhaps most exciting for fans, is the installation of four absolutely massive, 15’ by 32’ video boards. These will be the largest in the A-10 and some of the “largest displays of any on-campus arena in the ACC or Big East.” They’re pretty big.

While the video boards haven’t gone up yet, the below photographs give you a sense of what exactly is going on at the Rob this offseason. 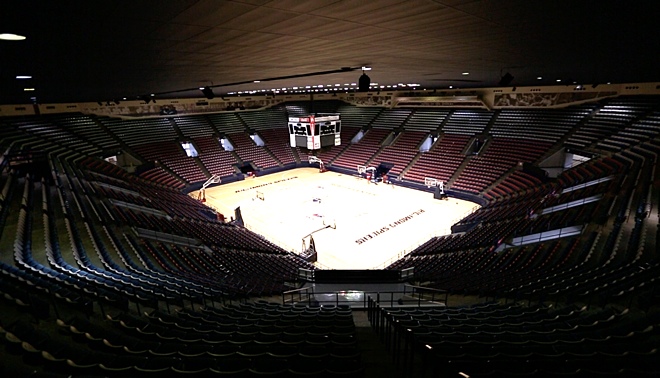 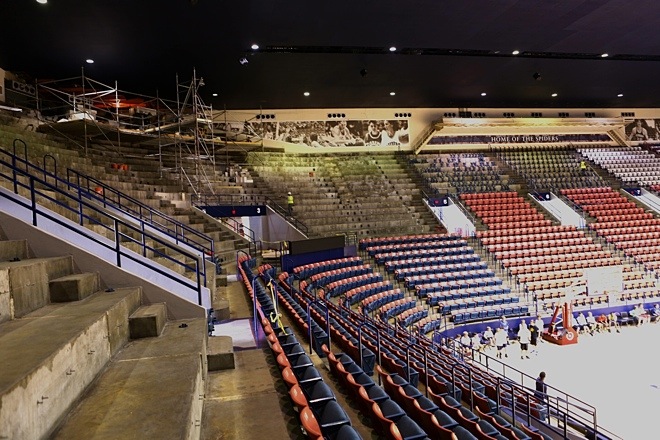 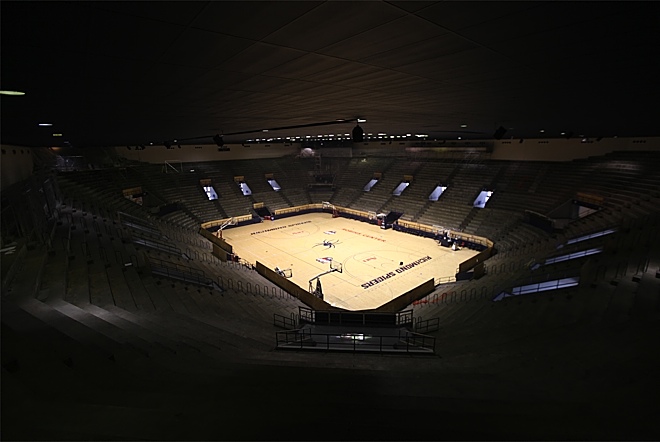 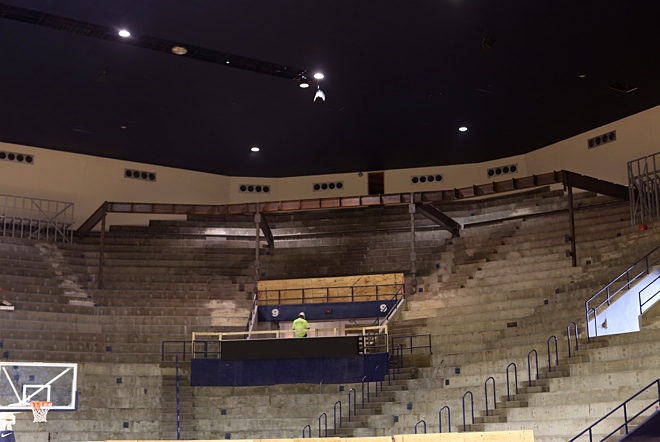