When the moon hits your eye like a big pizza pie that’s amore and it’s even better when on a bike. Now is your chance to ride your bike dressed in a crazy costume and covered with lights with thousands of other like minded individuals. This Satruday, August 16th, starting at 8:00 PM thousands of bike riders will be hitting the streets and enjoying a different kind of Richmond night life.

The Anthem Moonlight Ride has half-moon and full-moon options of eight or seventeen miles. After the race they’ll be free pizza, beverages including Blue Moon for the adults and music. The event also features prizes for costumes and lights so don’t just put on a hat an call it good, you need to bring your A-Game. 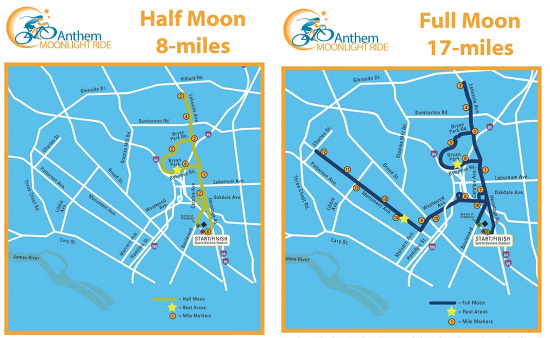