Walking down Broad Street, I still couldn’t believe it. The Redskins–THE WASHINGTON REDSKINS–are in Richmond, Virginia. Adding to my giddiness was the fact that I wasn’t sweating like a pig despite it being mid-July in Richmond. Usually during this time of year, I soak through three shirts daily, but not today, not on this glorious day on my way to see the Redskins.

As I got closer to the team’s new training facility behind the Science Museum, I began to see people–all different types of people–sporting the burgundy and gold: the grossly obese, hipster doodle pads, and crying children. With each step I took, a different human variant came into view. And the small talk came fast and furious. Four different people said, “Hail To Redskins” to me unprovoked even though I wasn’t wearing anything that claimed my loyalty to the team. I raised my fist each time it was said.

And then, there it was; the bright and shinny new Redskins training camp facility (officially The Bon Secours Washington Redskins Training Center)–it still amazes me how fast they put this fucker up. Now, what was a dead urban area just a few short months ago, is a hub of fevered activity. I’ll be interested in seeing what happens after the Redskins head back to D.C. to start the regular season, but as I become part of the growing mass making it’s way into the camp, giving this previously unused space to Bon Secours and Daniel Synder is paying immediate dividends. “This is the first time I’ve come to Richmond in years, “ a middle-aged guy said to me as he herded what seemed to be a flock of anxious spawn.

My first goal once I was inside the gates was to secure my press pass. I was sent to four different places by a succession of well-meaning volunteers before I finally got to where I was supposed to be. Waiting for the pass, I chatted up the guy whose sole job it was to keep people out of the pressroom. Like most of people I talked to, he was an unpaid volunteer. “Shit man, I’d work here everyday if I could”, he told me without provocation as he confirmed people’s credentials, “I think if RG3 can stay healthy, we have a good chance of winning it all.”

That’s the sentiment I heard from all the volunteers I spoke to. They didn’t care that they weren’t getting paid. All they want was to be around the Redskins.

After a few minutes of waiting, the Redskins press person, a rail thin brunette moving with clear purpose, appeared with my pass. Like everyone else in paid, official employment of Snyder Incorporated, she was a ball of friendly kinetic energy. She appeared and disappeared in the space of three seconds.

The first thing I see once I get to the field is Kirk Cousins running the offense. People questioned Shanahan’s judgment when he drafted the Michigan state quarterback in the 4th round of last year’s draft, but watching him complete an impressive array of touch pass dump offs, laser beam shots across the middle, and soaring bombs, Shanahan has proved his critics wrong. It’s no surprise really. Cousins’s poise was evident last year when he came in to replace an injured Griffin and led the team to a pivotal, season-defining victory over the eventual Super Bowl champions, The Baltimore Ravens. And that was no fluke either. His calm, cool, and collected running of the Kyle Shanahan’s distinctive offensive schemes continued the following week with a win on the road in Cleveland (throwing for 329 yards and two touchdowns). With the health of Griffin’s knee still (and maybe always) in question, the importance of Cousins to the team cannot be overstated.

On the other side of the ball, watching rookies David Amerson (replacing first-team cornerback Josh Wilson, who began the day on the active/physically-unable-to-perform list) and safety Bacarri Rambo fly around the defensive backfield makes you think Shanahan choose wisely in this year’s draft too. Both move like the wind and possess the elite physical gifts to excel at their positions. Shanahan has a lot riding on these two guys. The Skins’ porous secondary was their most glaring deficiency last year, and he hopes to stop the leaking with these two speed demons. For the first day at least, both lived up to expectations.

At the end of the session, I ventured back to the press area in time to watch punting drills. As I watched Santana Moss, Richard Crawford, Niles Paul, and Evan Royster catch kick after kick, legendary Redskins kicker Mark Mosley appeared in front of me. He struck up a conversation with former Redskins general manager and NFL network annalist Charley Casserly, and I was struck by how perfect his hair was styled. I shit you not: it was like each piece of hair was sculpted into place. I was so seduced by his maliciously maintained hair that I totally stopped paying attention to what was happening on the field. At this point, I think they sensed my fascination with Mosley’s hair and moved further down the field. As they walked away, Casserly gave me a passing glance. It probably didn’t mean anything, but I got the feeling that he wanted Mosley’s perfectly arranged hair follicles all to himself.

Shanahan’s press conference was totally pro. I heard a couple of other reporters talking about his stunning bronze tan before he entered the room–as if it was surprising that a millionaire football coach that has two Super Bowl rings and is currently employed by one of the most profitable franchises in all of sports would have one. Anyway, like the consummate pro that he is, Shanahan answered the barrage of questions asked of him like a man dealing with an annoying but necessary evil. The only real news came when he relayed the first true bummer of the training camp: that defensive end Adam Carriker will be undergoing surgery yet again to help repair the torn quadriceps tendon he suffered during Week 2 of the 2012 season. This will be his third surgery on his right leg since the injury and Shanahan couldn’t give a clear timetable for his return. 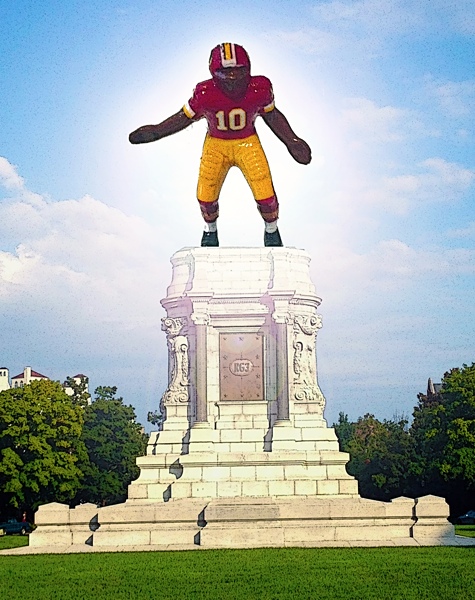 And then he answered my question. I asked him that since Griffin won’t be playing in the preseason, how would he divide up playing time between Cousins and Sexy Rexy during preseason games. I don’t know if I articulated it correctly because he said Griffin would be on the practice field during training camp and didn’t answer my question. I felt kinda stupid, but he looked me in the eye and plowed through his non-answer as if he did anyway. Oh well, I’ll try to ask better next time.

I never did see Mr. Griffiin, but I did hear the thunderous chants of “RG3” during Shanahan’s press conference when he entered the building. There is so much tied up in the man’s health, I wonder how he can maintain such poise and grace under the weight of it all. All I know is that when he is healthy (and all reports indicate that he is making tremendous progress rehabbing his injured knee), he is the most electrifying player in the NFL since Michael Vick. A lot of reporters asked Shanahan why Mr. 3 didn’t wear his knee brace when he was on the field and why he put it back on after his first play.

I imagine that Shanahan has dreams about slaughtering reporters. Again, he answered the questions as if it was the first time anyone has him about Griffin’s knee with only a slight, barely noticeable tinge of dread. The knee is getting better, Robert is working hard, we are being careful with him…blah, blah, blah.

And then it was over.

As I left the facility, a cheery black woman at the gate was waving goodbye to everyone and thanking the departing masses for coming. “Y’all come back, ya hear!” she said cracking herself up. When I thanked her for doing her job, she beamed, “God bless you honey. You have a blessed day.”

When as I was about ten feet past her, she left me with one last pleasantry for the day as if she forget to tell me something of dire importance.

“Hail To The Redskins, baby!” 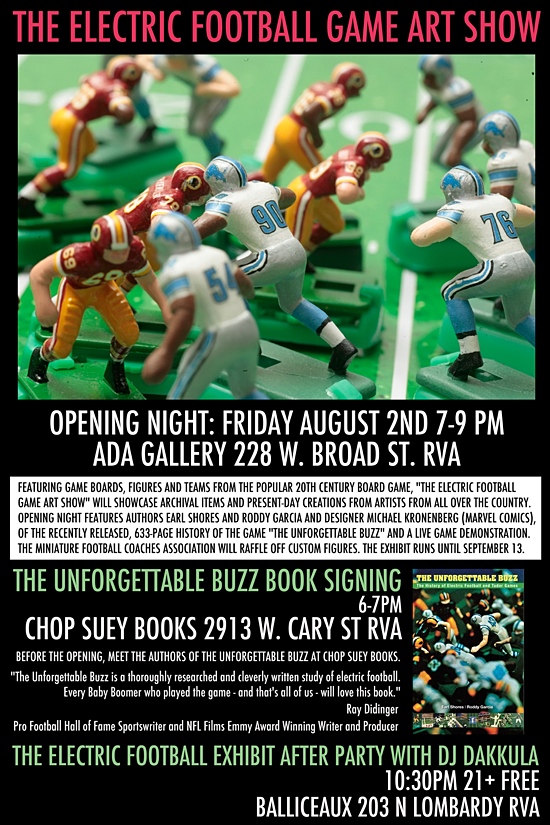