31-0 runs, going 2-0 against ACC teams from Virginia, and setting tons of records; Saturday’s game against VT was highly entertaining. After falling behind 6-0 to Virginia Tech, Virginia Commonwealth University responded with a 31-0 run en route to an 82-52 stomping in the Richmond Coliseum Saturday night in the Governor’s Holiday Hoops Classic.

For the first 2:30, it looked like VCU was off to one of their traditional slow starts as they fell behind 6-0. VCU couldn’t score and the Rams’ worst fears were being realized: Jarell Eddie was running around screens and draining 3-pointers. Trailing 6-0, JeQuan Lewis subbed for Briante Weber and without even logging a second he assisted a Juvonte Reddic dunk on an inbounds play. 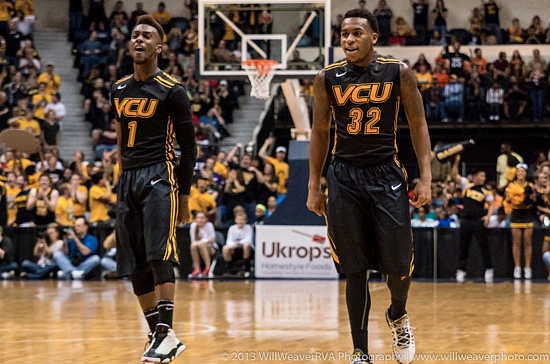 The play sparked a 37-2 run which included a 31-0 run. Sixty second later Lewis found Melvin Johnson for his first of six first-half 3-pointers. Four of those threes were assisted by Lewis, who despite having a tough shooting night found ways to contribute tallying five assists and six steals. Johnson would finish with a career high 27 points on 8-of-13 3-point shooting.

Hidden beneath Melvin Johnson’s gaudy stats are the subtle contributions from everyone on the team that enabled VCU to grab 19 offensive rebounds, snatch 22 steals, and dish out 17 assists en route to a 30 point win. Lewis was a spark. Doug Brooks hit two 3-pointers. The entire front court handled VT. Treveon Graham grabbed seven rebounds and dished out 4 assists. The list goes on and on.

Saturday looked like it was going to be dominated by individual match-ups like Jordan Burgess defending Jarell Eddie and Joey van Zegeren guarding Juvonte Reddic, but VCU forced so many turnovers and scored so frequently in transition that half-court possessions rarely happened. VCU was so dominant as a five man force for 94 feet, that basketball as it’s played by most teams on most possessions in most games entirely ceased to exist. For fans of HAVOC!, it was a work of art. 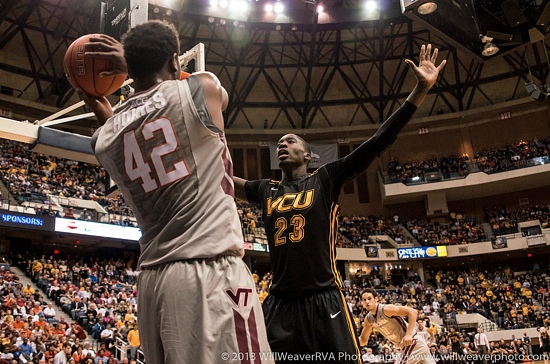 Mike Morrison and Ryan Pearson took over in the second half of that George Mason game and VCU had to claw it’s way to a 10-point victory. In the Drexel game, it took four clutch Troy Daniels free-throws to win by three points. Maybe Coach Smart mentioned that at halftime, because the Rams did not let down in the second half outscoring the Hokies by ten points. With 6:40 remaining in the game, VCU was still pressing and they went on a 15-0 run. 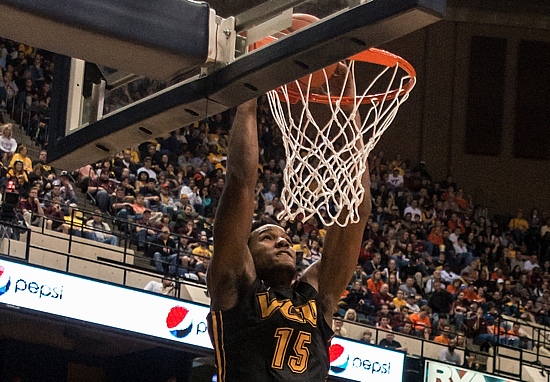 I think you guys owe it to him to write some nice things about him because, me included, we were all very hard on him after the last game. Melvin obviously put up a big number but Juvonte was as important as anybody on our team tonight. Just a different spirit, body language, talk, and energy. Coach Smart

VCU beat Wofford by 15 points but it felt like the sky was falling because of Juvonte Reddic‘s lackadaisical approach. Saturday, he set the tone early with his aggressiveness and found ways to contribute. His stats don’t even capture the effort. To be clear, he finished with 10 points, 11 rebounds, 3 steals, and a block.

Reddic was an incredible force whose play was paramount to VCU’s success. There’s the nice thing. Here’s the frustrating thing: Juvonte Reddic had to choose/ be motivated to dominate. His play this season shows the fact that he is basically one decision away from a double-double. When he makes that decision, VCU is an entirely different team; the kind of team that works its way into the top-25 and makes teams tremble come March. 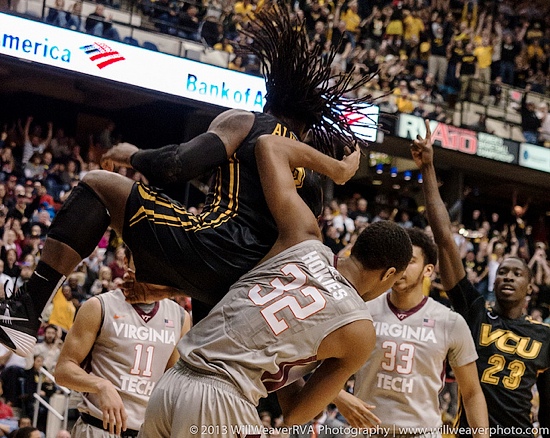 VCU wants to play ten or eleven guys a night, and the Rams’ entire front court was focused on doing the right things immediately when entering the game. That has to be the mindset for the bench, but Juvonte Reddic definitely set an example before any of those guys stepped on the court. 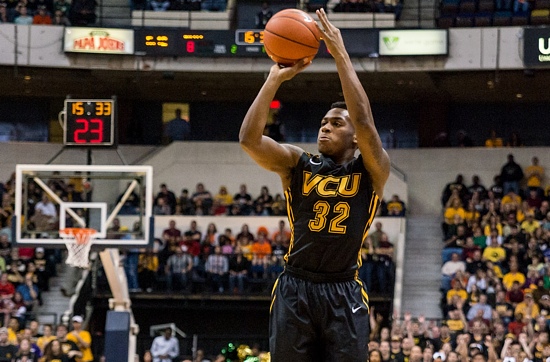 I told him with about 10 minutes left, you might as well try to break Troy Daniels’s record of 11 threes.Coach Smart

It may be the greatest offensive half for a player in VCU history. Johnson went a perfect 6-of-6 from 3-point range while scoring 19 points in only 8 minutes of action in the first half. VCU wants Johnson to be a spark off of the bench, on Saturday he was TNT. It took until 1:16 was remaining in the first half for the Hokies to surpass Johnson’s 19 points.

VCU’s best defensive players are not their best offensive players and for Johnson to be so effective in such a short window is encouraging. He scored against the Hokies’ 2-3 zone, he scored when they switched back to man-to-man, and he scored in transition. The Rams will need that kind of diverse and efficient output moving forward if they hope to compete in a grueling A-10 schedule. 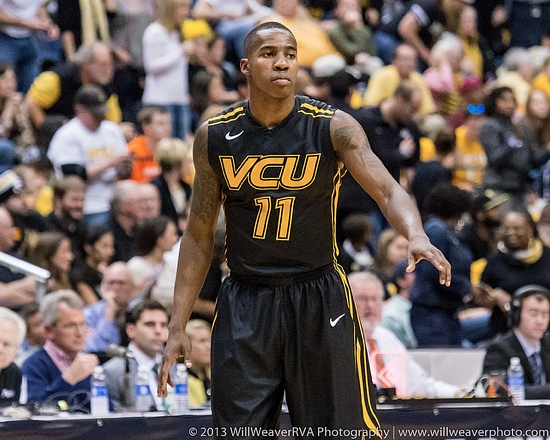 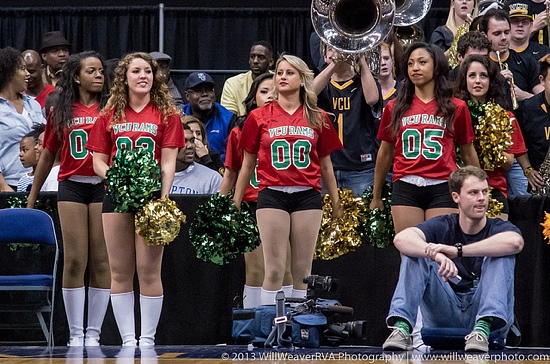 VCU faces Boston College at 7:30 PM on Saturday in the Barclay’s Center in Brooklyn, NY. 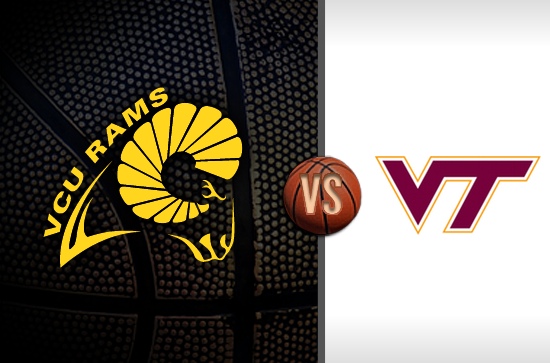