VCU thumped Butler, 84-52, on national television Saturday afternoon in one of the Rams’ most impressive wins of all time. “It was a good, old-fashioned butt kicking.” Coach Brad Stevens

Virginia Commonwealth University thumped Butler, 84-52, on national television Saturday afternoon in one of the Rams’ most impressive wins of all time. 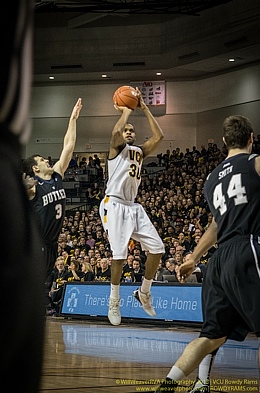 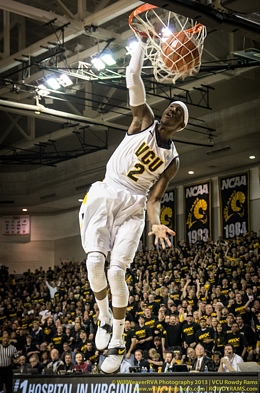 First it was a rare Troy Daniels 2-pointer. Then Juvonte Reddic finished the old-fashioned 3-point play. Briante Weber followed it up with an extremely impressive steal-dunk. A Troy Daniels 3-pointer put VCU up 16-6, and the Rams never relinquished the double digit lead.

Offensively, the Rams were firing on all cylinders while eliminating Rotnei Clarke from the game and forcing turnovers on command. As expected, former walk-on Alex Barlow and shooting guard Clarke did much of the ball handling, but they did not handle HAVOC!

Clarke, a potential A-10 player of the year, finished with five points on 2-of-8 shooting with three turnovers. He was a non-factor. The Bulldog’s second leading scorer and rebounder, Andrew Smith, finished with six points and three rebounds.

The only players in blue to get things going were Roosevelt Jones (14 points, six rebounds) and Khyle Marshall (13 points, six rebounds). Jones (227 pounds) had a 30+ pound weight advantage on Rob Brandenberg (180 pounds) and Melvin Johnson (195 pounds), and he was the only Bulldog to excel in the half court. Marshall earned his points cleaning up the boards, and his defense was excellent on Treveon Graham for one half. The Ram’s leading scorer, Graham, didn’t score in the first 19:56, but he drained a 3-pointer before going off in the second half.

Butler exited halftime and rattled off seven straight points including a banked-in Chase Stigall 3-pointer. The Siegel Center was quiet and the Rams looked a little rattled, but Briante Weber drained a 3-pointer and the arena erupted (again). The 3-pointer was points four, five, and six of 18 straight scored by the unlikely duo of Briante Weber and Treveon Graham.

Smart reflected on the important moment after the game, “No, I don’t think that this game went perfectly at all. I think that our response to what happened was close to perfect, and that’s the key. We control what we control. They banked in a three at one point. That’s gonna happen, OK.” 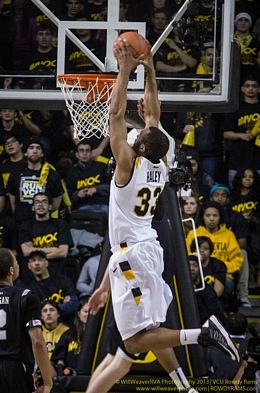 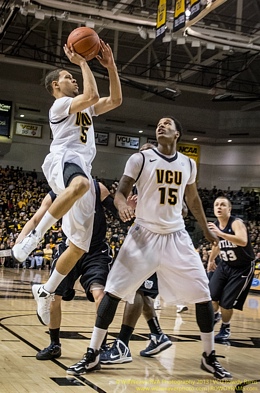 After dominant first halves, VCU has been prone to sloppy second halves. The Weber 3-pointer combined with the crowd’s energy eliminated any worries. Smart started experimenting with lineups, but that didn’t slow down the Rams. Teddy Okereafor played his best basketball of the season, Jarred Guest (despite his no show on the stat sheet) dominated the offensive glass, and even DJ Haley got a jam, solidifying VCU’s 32-point margin.

Coach Smart’s teams have found success on the big stage. “This is why we made the move to the Atlantic 10…The reason people get fired up about a game is when it’s two high level teams playing one another and that’s what it was today.” Today was the most lopsided finish on a long list of big-stage victories. 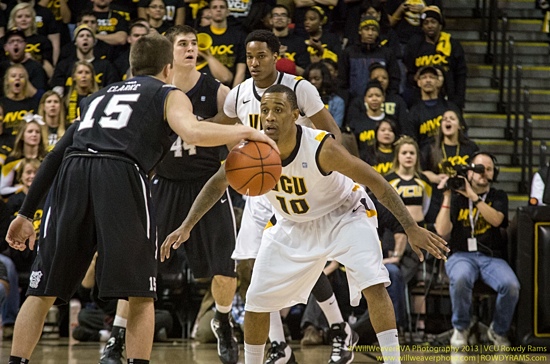 Theus=Team, Team=Theus. It’s been Coach Smart’s motto since the start of last season, but Theus still flies under the radar compared to Graham, Reddic, Daniels, and Weber. Tonight was a clinic on how Theus influences games on offense, defense, and as a leader. The Rams press harder, play with more offensive poise, and play better ACL (aggressive, confident, loose) basketball when Theus is on the court.

The best stat [Darius Theus] had all day long was zero fouls. That allowed him to stay in the game and do what he does.” Coach Smart 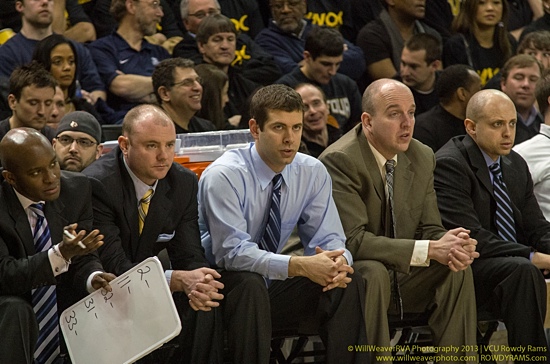 The Rams will look to carry the momentum of their last 60 minutes of basketball into Wednesday’s rematch with the University of Richmond. After leading by seven points with 37 seconds remaining, the Spiders topped the Rams, 86-74, in OT on February 23rd. Wednesday is senior night for Darius Theus, Troy Daniels, and David Hinton.