Recap: Sophomore duo lead VCU past Dayton in A-10 opener

Treveon Graham and Briante Weber had big nights Wednesday as VCU won their first ever game in the Atlantic 10. It took memorable performances from two sophomores, but Virginia Commonwealth University topped Dayton, 74-62, in the Rams’ inaugural game in the Atlantic 10 Wednesday night. 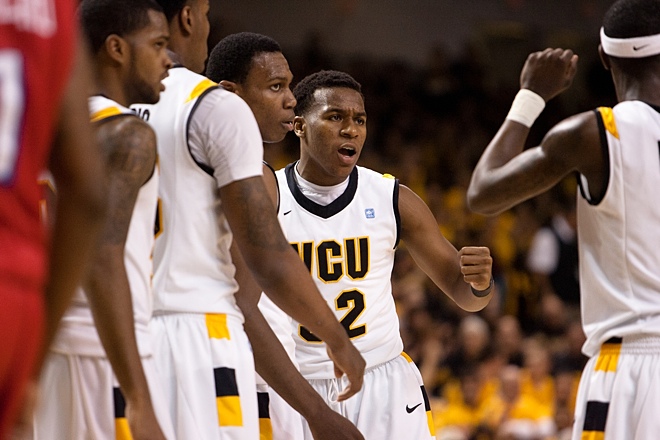 After the game, coach Smart highlighted what he looks for in recruits, “you’re not always going to get a guy that is great in every area, but if you can get different contributions from different guys then you have a chance to be really good.” The thoughts were particularly fitting considering the performances of two of VCU’s younger players. Offensively minded Treveon Graham scored early and often finishing with 24 points and defensively minded Briante Weber wreaked HAVOC! and led the offense finishing with nine steals, five assists, and just one turnover.

Graham has scored more points and Briante Weber has recorded more steals, but this time the stakes were much larger. Ever since making the quick move from the CAA to the A10, this game has been on the mind of many. The two sophomores stepped up, and the Rams needed it. After the game, Coach Smart added, “Welcome to A-10 play, and I think tonight was an inidication of how intense and how hard fought games are going to be in this conference.”

Dayton executed an excellent game plan for the first 25 minutes. Preseason Atlantic 10 first team guard Kevin Dillard skillfully handled the ball as the Flyers dismantled VCU’s full court pressure on several occasions. They started 8-16 from 3-point range including consecutive 3-point daggers from Matt Derenbecker in transition. Every time VCU created any separation, Dayton’s offense had an answer, and it was usually an open 3-pointer or an open lay-up. 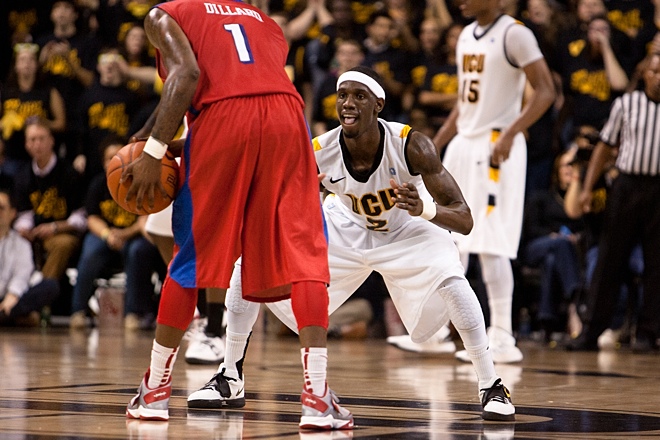 With 15 minutes remaining, VCU clung to a 49-48 lead, and something changed. Graham knocked down a pair of free-throws and the Rams were off. It took contributions from almost everyone, but the Rams reeled off a 19-5 run that created an insurmountable 15-point lead.

Whether it was the cumulative affects of 25 minutes of HAVOC!, the raucous crowd, a strategic change, or a combination of all three, VCU amped up the intensity and Dayton lost composure. Suddenly, Dayton stopped looking like a team that could beat VCU and started looking how VCU makes teams look: lost and flustered.

For the Rams, Rob Brandenberg scored a hard-earned nine points while also handling the ball more because Darius Theus was limited with fouls. Despite tough defense Troy Daniels connected on 4-of-8 3-point attempts for 12 points and Juvonte Reddic finished with 14 points and nine rebounds after a slow start. 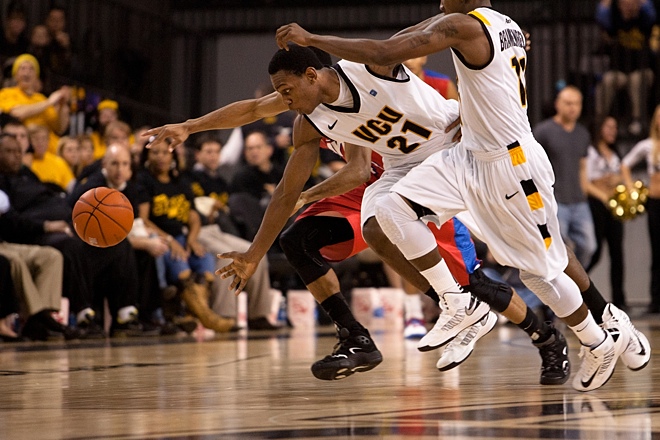 Treveon Graham has scored double digits in his past nine games and he shows no signs of slowing down. His game is built for consistency: he makes excellent shot choices (3-pointers or 3-footers), he never gets visibly upset, and he is a master at drawing fouls. Graham drew six fouls per 40 minutes last season, and although that number has dropped to 5.7 this season, he has improved his free-throw percentage by more than 13%. While he is 1-13 from over the past two games from 3-point range, Graham is a perfect 14-14 from the charity stripe. Once Graham’s open 3-point looks start falling again, he will go from good to scary good.

The Rams travel to St. Bonaventure for their first road test in the Atlantic 10 on Saturday at 4:00 PM. The game will be broadcasted on CBS 6.3.