Meet the Redskins, a recap of the 2013 draft

If the Redskins were going to upgrade this year, they would have to do it through the draft. Here’s what the brain trust at Redskins Park picked. A little more persistence, a little more effort, and what seemed hopeless failure may turn to glorious success. Elbert Hubbard

Last year was a weird NFL season for me: it was the first time in a long time that I wasn’t embarrassed to be a Redskins fan.

Even when the team was 3-6, I told everybody that would listen that I had no problem rooting for this team. I wasn’t kidding either. They were young, they had the most dynamic player in the league (QB Robert Griffin III), and they played with a gusto that previous Skins teams of the past decade or so couldn’t muster. Hell, even non-Redskins fans freely admitted that things were looking up for long suffering Skins fans.

And then the improbable happened; the team started winning.

This is highly unusual for the Skins faithful–we aren’t used to winning. For many years the Redskins never got the fumble, they never made the field goal, they never made the catch, and they most certainly never won games that actually mattered. All that changed during a magical 7-week span in which all previous proclivities for failure were vanquished and the team actually won games. They were playing so well that instead of my usual pleads of “please don’t fuck this up” instilled in me during previous regimes, I was cheering the team on with a confident enthusiasm that I hadn’t known since Joe Gibbs was leading the Skins to Super Bowl victories. Making the season even sweeter, they beat Dallas not once, but twice in games that actually mattered. Clinching the division and making the playoffs against the spawns of Satan during the last game of the season was something truly special for fans of the burgundy and gold:

As with all things, nothing ever lasts. In their home playoff game against the Seattle Seahawks, the team’s season came to an abrupt end. 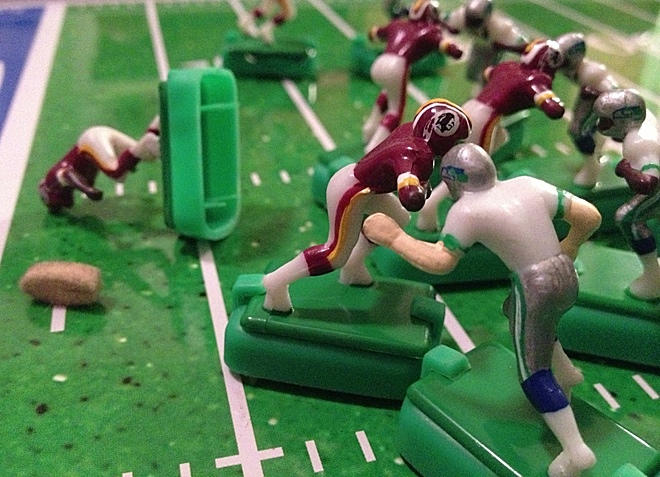 And in true Redskins fashion, not only did they lose the game, but Mr. Griffin, the player most responsible for the team’s change of fortunes and eventual rookie of the year, suffered further damage to an already injured left knee. It was something straight out of a Roman tragedy.

Despite this unfortunate turn of events, I don’t know a single Redskins fan that wasn’t hopeful for the future.

And that brings us to the NFL draft.

With RG3 on the mend (and hopefully ready to return for Week 1 of the NFL season), the team, penalized $36 million in salary cap space for attempting to gain a competitive advantage in 2010 by dubiously restructuring contracts in a non-cap season, couldn’t go the free agent route to address areas of concern. If they were going to upgrade this year, they would have to do it through the draft.

Here’s what the brain trust at Redskins Park picked.

Only those who will risk going too far can possibly find out how far one can go.T. S. Eliot 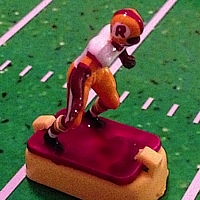 With last year’s porous secondary, Shannahan addressed the Skin’s leaky defensive sieve and picked NC State cornerback David Amerson. A top-50 recruit out of Greensboro, Amerson set a new ACC and NC State record during his sophomore year with 13 interceptions, becoming just the second player with double-digit interceptions in a single season since 2004. While most experts agree the 6-foot-1, 205-pound North Carolina native has all the physical attributes to be an NFL star, there seems to be some concern that his aggressive play makes him vulnerable to double-moves.

The footage of him getting beat repeatedly in big games makes me a little queasy, but I, like every other Redskins-loving bench warmer pontificating about a draft pick’s eventual greatness, see only Amerson’s upside. So what if he’s been made to look feeble on occasion? That’s life as a defensive back: everyone gets beaten. The hope, of course, is that the inevitable flaccid coverage happens every once in a while and not with alarming regularity. If that’s the case, the Redskins picked wisely. If not, we’ll be seeing a lot of Victor Cruz salsa dancing in the coming years. 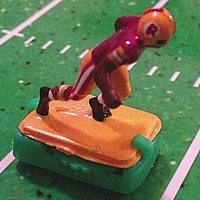 This is the pick I’m most excited about. If the Florida Gator can live up to the billing that he is the next Aaron Hernandez, he will cause all types of headaches for defenses. Last year, he recorded a team-high 45 catches for 559 yards and three touchdowns for the Gators, but by the time the Sugar Bowl rolled around, Reed was benched for attitude problems. He’s not a pure tight end, but in Kyle Shanahan’s offensive schemes, he could line up anywhere on the field, and his crisp route running, speed, and soft hands will demand attention. And when he does catch the ball, he’s big and strong enough (6-foot-2, 236 pounds) to break initial contact and take it to the next level.

Ability is what you’re capable of doing. Motivation determines what you do. Attitude determines how well you do it. Raymond Chandler 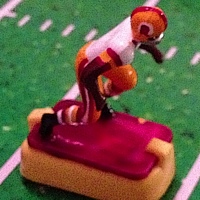 This big, hard-hitting safety from Fresno State was a unanimous first team All-American. He has experience in the Redskins’ 3-4 defensive scheme as well. This pick was a no-brainer considering the desperate need to shore up the team’s defensive backfield, and he will be given every opportunity to contribute immediately. If he does make his presence felt, not only will defensive backs coach Raheem Morris’s life will be much easier, I won’t be screaming as many profanities at the TV on Sundays.

Reject your sense of injury and the injury itself disappears. Marcus Aurelius 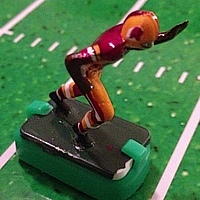 Thompson is a small (5-foot-7) change of pace back who can run and catch from Florida State with a history of ACL and back problems. Before a knee injury ended his season last year, Thompson had rushed for 687 yards (averaging 7.5 yards a carry), had 21 catches for 248 yards, and scored five touchdowns. I don’t know about this one, but I won’t question Shanahan’s mid-to-late-round running back judgment. Dudeman knows more than me. I’m just a fan that hopes for the best.

The art of war is simple enough. Find out where your enemy is. Get at him as soon as you can. Strike him as hard as you can, and keep moving on. Ulysses S. Grant 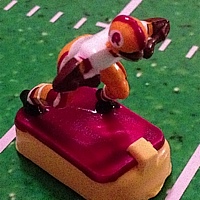 Another Florida State product coming off a major injury, the upside to Jenkins is that when he is healthy, he can be a force to be reckoned with: he recorded 22.5 sacks in 40 games at Florida State, and in 2010, he recorded 13.5 sacks and 21.5 tackles for loss. If the Redskins can’t pressure the quarterback, it doesn’t matter who they have playing in the secondary because if you can’t make the guy throwing the ball sweat, he will eventually make you look silly on national television. The best pass defense is one that doesn’t let the quarterback throw the ball, and that’s why Jenkins was drafted. Quick off the snap, his job will be to stop the pass before it can even happen. 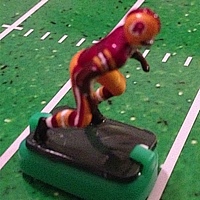 When I first saw his name, I read it as “Bacardi Rambo” and he instantly became my favorite NFL prospect. Sadly though, his name is “Bacarri” and not “Bacardi,” but he did have a couple drug-related suspensions while he was at Georgia so maybe he will play like the drunken vigilante I hoped he could be.

This pick speaks to the defensive-backfield desperation of the Redskins; they need somebody, anybody–even a guy who admitted he was half asleep when the Skins picked him–back there to help them shore up last year’s most glaring deficiency. He had 16 career interceptions with the Bulldogs so if he can stay away from marijuana-laced brownies and other illegal intoxicants, he could be a late round steal. Just keep him away from Fred Davis and Trent Williams, they like doobies too.

One who gains strength by overcoming obstacles possesses the only strength which can overcome adversity.Albert Schweitzer 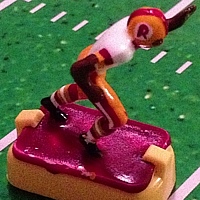 As a redshirt sophomore at Rutgers, the 5-foot-7, 203-pound running back rushed for 1,075 yards and four touchdowns on 255 carries (averaging 4.2 yards per carry). He decided to end his college career and head to the NFL so he could take care of his two sisters and his mother after she was diagnosed with breast cancer last summer. You can’t help but to root for a guy like that. But considering the team’s thinness on the offensive line and with no heir apparent for linebacker London Fletcher on the roster, you have to wonder if this late round pick could have been better used to address those areas of concern. Even so, I won’t question Shanahan when it comes to picking unheralded running backs.

The risk of a wrong decision is preferable to the terror of indecision.Maimonides

As much as I looking forward to the coming season, what really is exciting is the fact that they will holding training camp here in good ol’ RVA this summer. And I hope Richmond is prepared for it; their residency will transform our sleepy little town into a fevered hub of activity for a couple of weeks.

It should be fun to watch.