It’s win or hang up the cleats time for the Richmond Kickers.

It came down to one of the last games of the season for the Richmond Kickers to get into the playoffs but they made it by the skin of their teeth. Due to finishing 6th the Kickers are forced to travel to Charleston and face the Charleston Battery. 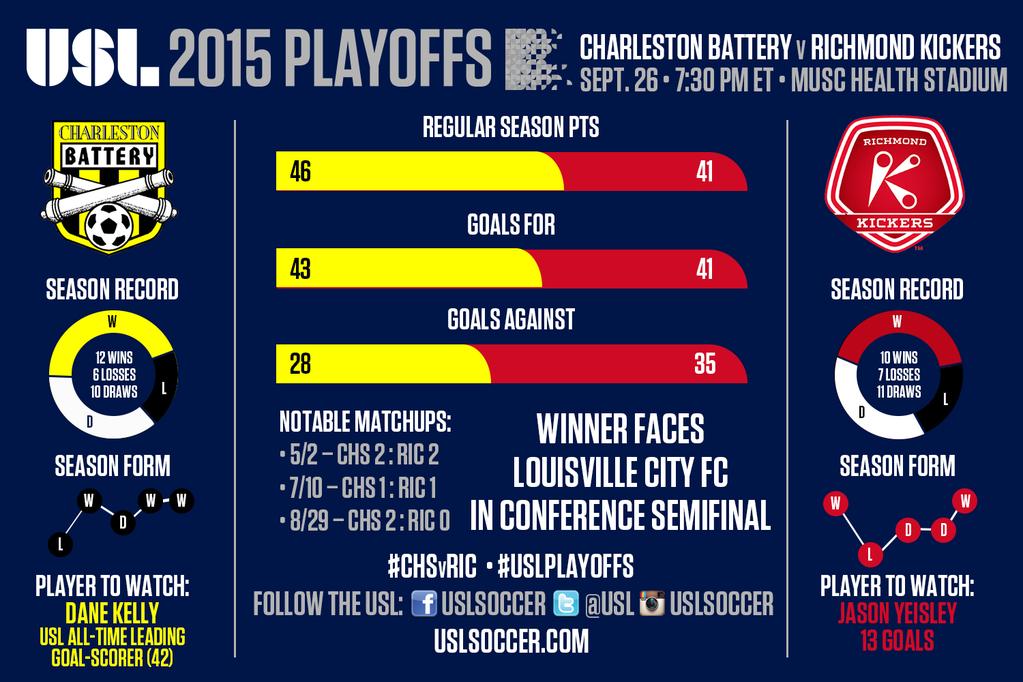 The official Kicker preview is here but the chart above does an excellent job of summarizing how close these two teams are to each other. If the Kickers win they’ll face No. 2 seed Louisville City FC.

Locally the Kicker fans will gather at Baja Bean on Saturday to watch the game and the Kickers’ staff will be there raffling prizes. There is another viewing party at Buffalo Wild Wings Westchester Commons. The place to be however is Baja Bean which is where the River City Red Army will be setting up camp.