What to expect: Welcome to the Atlantic 10 On Thursday, HAVOC! sets out to do something it has never done before: win a conference championship. In 2012, VCU finished second to Drexel in the CAA. In 2013 the Rams finished second to Saint Louis in the Atlantic 10. Entering this season, VCU looked like a favorite but the league is currently WIDE OPEN. The Rams join Saint Louis and Massachusetts in the top tier of one of the deepest leagues in the nation where 12-4 may be enough to be crowned champion.

How deep is the league? Nine teams rank in the top-100 in Ken Pomeroy’s adjusted efficiency. All thirteen teams are .500 or better. George Washington was picked 10th and they are 12-2 with losses to Marquette and Kansas State. Dayton was picked 7th and they are 12-3 with wins over Gonzaga, Ole Miss, and California. Richmond was picked 6th and they looked as good as any team in the league while outplaying Florida for 35 minutes last week.

Welcome to the Atlantic 10.

For 7-7 George Mason, it’s a literal welcome to the Atlantic 10, and it won’t be very hospitable as they hit the road to visit The Stu. While almost any team in the A-10 could be champion come March, the Patriot’s aspirations may be a little more modest.

The Patriots finished middle of the pack in a very weak CAA last season but were expected to make a big leap. That leap was based on the often wrong idea that retaining all five starters will automatically lead to drastic improvements. Add on the fact that the Atlantic 10 is now lightyears better than the CAA, and George Mason could be in some trouble. How much is unknown but it left Eamonn Brennan more or less speechless in his league preview, “George Mason is…well, we’ll see.”

There are a handful of teams out there with almost legendary discipline. The kind of discipline that is frustrating and makes them impossible to beat. Michigan last year never beat themselves. They rarely turned the ball over and never fouled. Wisconsin never beats themselves. George Mason…is the exact opposite.

Over the past two seasons, George Mason has fouled and turned over the ball at almost laughable rates while testing fans’ patience with an inability to close games. George Mason has very talented basketball players and they are a good team but they are regularly their own toughest opponents.

Saturday’s game against Old Dominion is a perfect example: The Patriots fouled 35 times, had six players with 4+ fouls, and turned the ball over 15 times while allowing ODU to attempt 46 free-throws. People (including myself) like to give Old Dominion a hard time for how quickly they self-destructed as a program, but former CAA blue-blood GMU lost to them 71-66 on Saturday.

George Mason’s offense has struggled this season but they have a trio of great guards in Sherrod Wright, Bryon Allen, and Patrick Holloway. They lack much 3-point shooting, but all three can get to the rim and the free-throw line. They lack an inside scoring punch which has hampered them all season.

George Mason is much better on defense. They use more full-court pressure than in the past, which sometimes frustrates VCU, but they bail out opposing teams by fouling so frequently that the effect is lost. They rank 21st in opposing 3-point percentage and they rank 19th in defensive rebounding percentage. The Rams earn tons of points from beyond the arc and on second chances which should make Thursday’s matchup interesting.

Sherrod Wright was just a role player in 2012, but he hit the heartbreaking Valentine’s Day buzzer-beater. Since then, the redshirt senior has been the focal point of the Patriot’s offense. He averaged 16.6 PPG last season with impressive shooting numbers and he is averaging 13.9 PPG this season, but he is in a major slump.

Wright scored 25 points in the Patriots’ loss to ODU but 14 of those points came on 18 free-throw attempts. Wright is still slumping which makes him particularly scary. If he has a big night on Thursday, George Mason will be a different team.

#0 Bryon Allen* (PG, Senior) • Recently, senior Bryon Allen has been George Mason’s go-to-guy. He leads the team with 14.1 PPG and 3.7 APG and has helped carried the team through Wright’s slump. He’s a capable 3-point shooter, but most of his scoring comes from driving and free-throws.

#22 Marquis Moore* (PG, Freshman) • Despite not getting much run early on, Moore has worked his way into the starting lineup the past four games probably to add another PG to solve turnover problems. The results have been mixed. He will probably be used on Thursday to help break the press.

#40 Marko Gujanicic* (F, Sophomore) • He has a pretty good face up game around the basket, and he is good at posting up and kicking to 3-point shooters.

#2 Johnny Williams* (F, Senior) • George Mason needs more out of Williams. He starts because of his 6-foot-8, 260 pound frame, but he is being outperformed statistically by freshman Jalen Jenkins. He can defend in the post, and he is one of the few Patriots not struggling with fouling.

#3 Patrick Holloway (SG, Sophomore) • Despite coming off of the bench, Holloway is the Patriots’ best scorer. His 26 3-pointers doubles any other Patriot, and he is a capable driver as well. He has scored in double figures for five straight games which is valuable on a team that lacks consistency.

#4 Erik Copes (F, Junior) • Copes (ESPN #56) was a statement recruit when Paul Hewitt moved to Fairfax, but his career has been underwhelming. He started this season with a six games suspension after starting last season with a three game suspension. When on the court, he is a great shot-blocker and a solid rebounder but he fouls nine times per 40 minutes (Shannon leads VCU at 5.8 fouls per 40 minutes). Copes impacts the game in bunches, but fouls have plagues his once promising junior season.

#20 Jalen Jenkins (FR, Forward) • Jenkins is a rebounding machine but he struggles with fouls. Against ODU he had nine rebounds but he fouled out in 21 minutes while turning the ball over six times.

In addition to having an underwhelming season, this is a terrible matchup for George Mason. The Rams can and should win. KenPom picks VCU to win 74-61 with a 91% chance of victory. 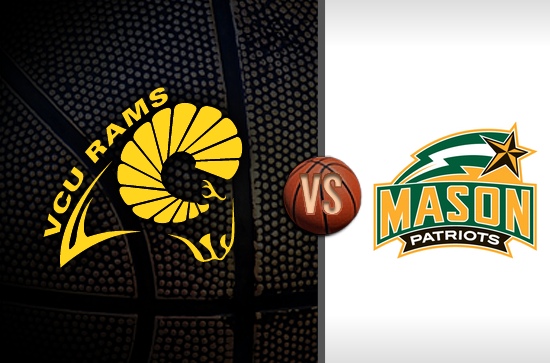