Richmond’s brand new baseball team kicks off the 2010 season this Thursday with an away game in Bowie. While they have yet to play their first game here, the club that is now the Flying Squirrels brings to Richmond an almost 40 year history in now 4 cities and 9 names.

Richmond’s brand new baseball team kicks off the 2010 season this Thursday with an away game in Bowie. While they have yet to play their first game here, the club that is now the Flying Squirrels brings to Richmond an almost 40 year history in now 4 cities and 9 names. The 2010 Flying Squirrels Media Guide says, “the Flying Squirrels will not carry forward team records established while the team was based in Norwich” and will operate as a new entity. Still, it is something to consider that this team which has changed names, owners, allegiances, and cities retains some connection to that first 1972 team.

The team that has become the Richmond Flying Squirrels was born in 1972 as the West Haven (Conn.) Yankees of the Eastern League. They became a farm team of the Oakland Athletics in 1980 and played first as the West Haven Whitecaps and then the West Haven A’s. The West Haven teams won league titles in 1972, 1976, 1978, 1979, and 1982. The 1972 West Haven Yankees were notably managed by Bobby Cox, now just beginning his last year managing the Atlanta Braves. 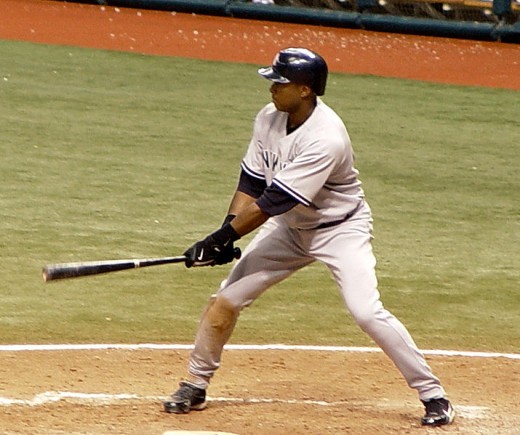 The team fielded by the 1989 Albany-Colonie Yankees is unarguably the best in the lineage: they won 70 of their first 90 games, took the pennant by 19 games, and then won 7 of 8 in the playoffs. At least 9 players on that team played or went on to play in the big leagues, including Bernie Williams and “Neon Deion” Sanders. The 1989 Albany-Colonie Yankees allowed only 3.24 runs per game, leading the league in pitching. In scoring an average of 4.59 runs per game, with 96 homeruns, 580 RBI, and a team batting average of 268, they also led the league in hitting.

Still a Yankees farm team, the team moved in 1995 to Norwich, Connecticut, to became the Norwich Navigators. The Navigators won their first and only Eastern League championship in 2002. Later that fall, the NY Yankees dropped the team and the San Francisco Giants signed on as the new parent club. Declining attendence in 2005 led to a new name and logo change, and so the Connecticut Defenders were born.

This past season the Connecticut Defenders went 83-59 and won the Northern Division title of the Eastern League. They defeated the New Britain Rock Cats in the playoffs to advance to the Eastern League Championship Series, where they lost to the Akron Aeros.

Beginning with the 2010 season, the team will be playing as the Richmond Flying Squirrels in the Western Division of the Eastern League along with the Akron Aeros, Altoona Curve, Bowie Baysox, Erie SeaWolves, and Harrisburg Senators.

Through all of the changes, the team has always been a part of the Eastern League. Founded in 1923 as the New York-Pennsylvania League, the Eastern League is a minor league baseball league operating primarily in the northeast (although there has been a team in Ohio since 1989). The new Richmond Flying Squirrels are the southernmost of the 104 different teams that have played in the league, taking that honor from the now-defunct Charleston (WV) Indians.