A day with the Red Army

A group of supporters making their voices heard in City Stadium. Last year a new group called the Red Army began appearing in City Stadium. This diverse group had the simple goal of making noise and supporting the Richmond Kickers. Every game they show up, tailgate in the parking lot, and then march to their spot in Section O. Songs are sung, chants yelled, a few profanities spill out to land on offended ears, and opposing players are treated to well meaning advice and best wishes. 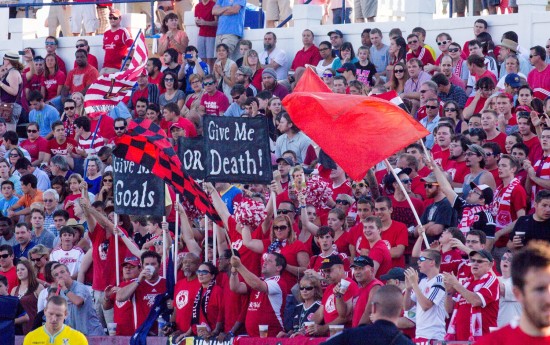 Yesterday evening Crystal Palace, a top tier English team came to town and for the first time in long time City Stadium looked to be a sellout. The stadium was packed. The Red Army was in their usual spot but had swelled from the normal 20-30 to close to a 100.

Some members of the Red Army had been in the parking lot since 1 in the afternoon with most showing up around 3 PM for the 7:00 PM kickoff. The tailgate was full of food, adult beverages, kids with squirt guns, soccer balls, and even a few Crystal Palace fans. 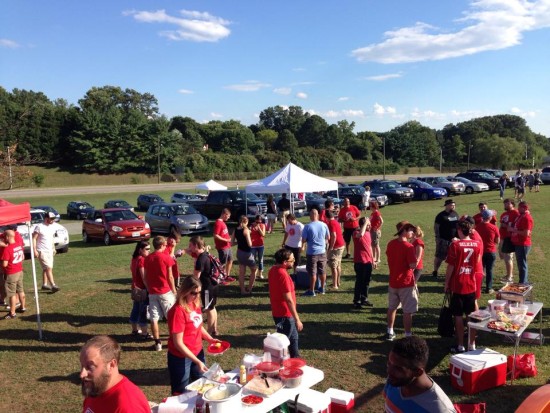 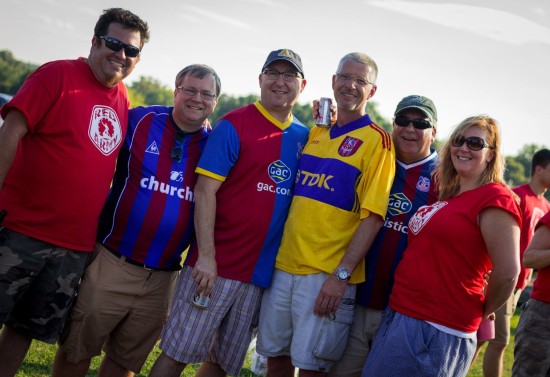 If you had polled the Richmond fans most would’ve readily admited to the role of underdog. That was irrelevant to this group, they had gathered for the camaraderie and love of the team. They had gathered to let 11 players on the field know this was their home field. 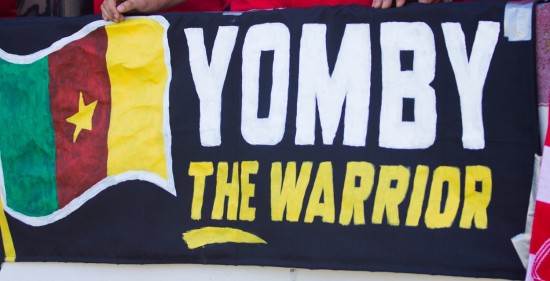 After the game ended the players thanked the Red Army, smoke bombs were lit and the Red Army returned to the parking lot.  The game was discussed as the rest of the fans rushed from the lot only to be stymied by traffic. Those sitting in their cars missed a golden opportunity to talk with friends as lights blinked out in City Stadium and another game day came to an end. 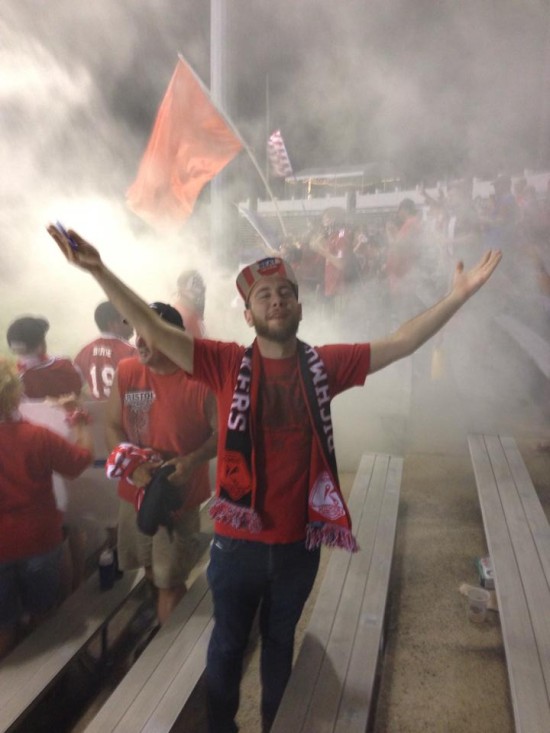