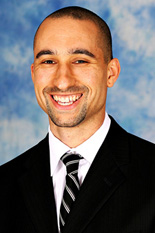 In the wake of one of the most memorable stories in college basketball, Coach Smart had to convince players to put the 2011 NCAA Final Four in the past. After losing Jamie Skeen, Joey Rodriguez, Brandon Rozzell, Ed Nixon, and Toby Veal, Shaka Smart was left with the 9th youngest team in the nation. The Rams started 3-3 and their immaturity showed as they struggled, especially in the second half of games. Suddenly “HAVOC” clicked and VCU finished the regular season by winning 21 of 24 games. The Rams weren’t finished as they won the CAA Tournament with wins over Northeastern, George Mason, and Drexel.

The Ram’s automatic bid to the NCAA Tournament scored them a 2,870 mile trip to Portland to face 5th seed Wichita State. VCU’s last second victory over Wichita State in 2011 was crucial to the Rams success during March. Picked by many as the 2012 NCAA Tournament sleeper, the Shocker’s prolific offense looked ready to pounce on the Rams. Shaka Smart’s defense held the Shocker’s offense to a season low 59 points as the Rams won 62-59.

In the third round, VCU faced #4 seed Indiana. With the 4th best offense in the nation, many expected the Hoosiers to run over the Rams. VCU held a lead for a majority of the game, but only scored four points in the final 12:28 before losing 63-61. The Rams held the Hoosiers’s juggernaut offense to an abysmal 22 second half points, but Rob Brandenberg’s game winning three point attempt rimmed out at the buzzer.

After January 8th, the Rams lost two games by a total of 3 points. The Ram’s led the nation in steals, and they look to return a majority of their fire power in 2012-13. A season in the shadow of the Final Four, the transformation of Smart’s team from immature and struggling to a defensive menace was an under-appreciated accomplishment.