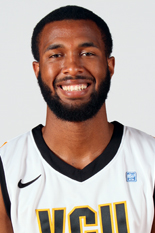 DJ Haley’s size doesn’t fit Shaka Smart’s smallball lineups as well as Juvonte Reddic, but that is Haley’s greatest asset as a Ram. His size and strength add an entirely different dimension to a team that thrives playing undersized. Against the bigger and more talented front courts of the Atlantic 10, Haley could see his role and importance increase as the Rams face a level of talented big men that rarely existed in the CAA.

Haley had a block percentage of 4.6% but averaged 5.7 fouls per 40 minutes last season. The Rams need him to alter/block shots more effectively while limiting his fouls, especially in the half court defense. One of the better offensive rebounders in the country, DJ Haley needs to take his defensive rebounding to an elite level if he wants to see an increased role this season.

Key stat: Haley posted his only career double-double against Towson on February 8th, 2012 with 10 points and 11 rebounds. In his junior campaign Haley will look to replicate that performance more frequently.

A piano player and aspiring engineer (had a 4.0 GPA in high school), Haley is the Rams much needed post presence. He is surprisingly quick for his size, and his toughness is constantly improving. He has the ability to help VCU’s half court defense by grabbing rebounds and blocking shots. Last offseason, Haley bulked up his seven-foot frame which added much needed muscle to the Rams’ lineup.

Highlight: In February, Haley posted his first career double-double. Against Towson he scored 10 points, grabbed 11 rebounds, snatched three steals, blocked two shots, and set up Coach Shaka Smart for one of the greatest sound bites ever with his fast break dunk. After the game Coach Smart commented, “sometimes I like to let the big dogs get out and eat.”