A local man has been missing for a week in New York City. Investigators, family, and friends have no leads as to where he might be.

Ian Burnet, a Virginia Commonwealth University student, has disappeared in New York City. The 22-year-old traveled by bus to New York City on December 26th. The purpose of his trip was to visit friends during VCU’s winter break.

Ian’s parents last communicated with their son via a text message sent to the young man’s mother, Nancy, on December 27th. A roommate of Ian’s here in Richmond spoke with him on December 30th at about 4pm. 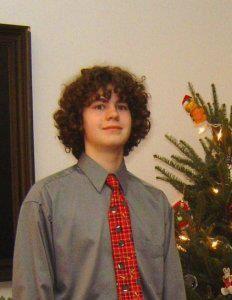 According to accounts, the friends that Ian was visiting left their friend at their apartment. When they returned home later, Ian was not there. His belongings, however, remained in the apartment. Ian was last seen in NYC around 139th Street and Riverside Avenue.

Ian has not used his credit card or cellphone since December 30th. Investigators do not believe foul play to be involved. Ian’s father and brother are in New York City passing out fliers with the hopes that they will discover leads as to Ian’s whereabouts. Police are monitoring for any activity, in addition to checking hospitals and interviewing people in their search to locate Ian.

Ian Burnet is a white male, 5’10”, weighing approximately 160 pounds. He has green eyes and brown hair. He attended high school in New Kent, Virginia. A Facebook page, FIND IAN BURNET has nearly 1,000 members. He is studying electrical and computer engineering at VCU.