Trooper hits a van with 3 children passengers while in pursuit

The State Trooper suffered a head injury and the other victims’ injuries are reported as minor. Monday a state trooper was in hot pursuit of a white van that had failed to stop for expired plates and tinted windows. The chase started on I-95 but quickly moved into Manchester. At the intersection of Commerce and Everett the state trooper collided with a van carrying one adult and three children. 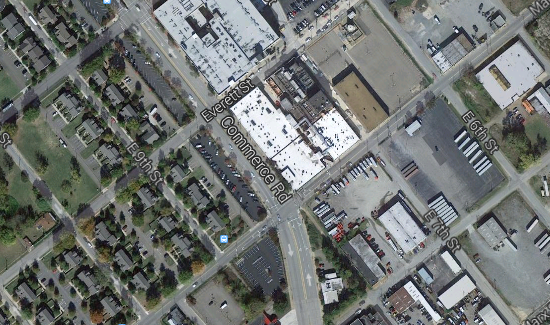 NBC12 has the full story.

Another van- this one carrying an adult and three children was entering the intersection. Even though the trooper’s cruiser had emergency lights flashing and sire blaring, the cruiser and the van collided.

“According to witness statements and what he was able to provide us, he did have his emergency lights and siren activated at the time,” said Geller.

The kids, two girls nine and ten years old and a one year old son were all taken to the hospital along with their mother. The injuries appear to be minor. The trooper suffered a head injury and state police are still working to talk to him to learn exactly what went wrong.

Meanwhile the original van the trooper was chasing got away.

“As far as the white van it continues on and did not stop,” Geller said.

Leaving state police tonight with two mysteries – first what led to the crash and second where the van that started the whole situation is now.