TOMS will now produce and sell sunglasses, and will mimic their existing One-for-One shoe distribution structure, in which every pair of sold shoes provides an individual in a developing country a pair of shoes for themselves. When one purchases a pair of TOMS sunglasses, TOMS will provide either glasses or corrective eye surgery (or both) for an individual living in either Nepal, Cambodia, or Tibet.

“When I started TOMS Shoes,” once said a scruffy Blake Mycoskie, “the idea was if we can sell a pair of shoes today, we can give away a pair tomorrow.” Tomorrow was too big–to fit on the shoes, that is. So Mycoskie shortened it to TOMS.

“The biggest question I’ve been asked is,” says Mycoskie, in a new video that concluded a weeks-long guerrilla marketing campaign, one that culminated this afternoon in a country-wide event, “‘what’s next?’”

Mycoskie, and the company that he founded, answered that question this afternoon at Need Supply Co. in Carytown.

TOMS will now produce and sell sunglasses, and will mimic their existing One-for-One shoe distribution structure, in which every pair of sold shoes provides an individual in a developing country a pair of shoes for themselves. When one purchases a pair of TOMS sunglasses, TOMS will provide either glasses or corrective eye surgery (or both) for an individual living in either Nepal, Cambodia, or Tibet.

“I feel very excited,” says Julie Steinbeiss, Senior Manager of Brand Experience for Toms, who was in Richmond to unveil the contents of the mysterious tube that has been in Need Supply’s storefront for the last two weeks. “I’m excited for the people that will be helped.”

Among the 30 attendees in the store for the unveiling, Steinbeiss was the only one to know of the tube’s contents prior to its unlocking, about which she only learned just yesterday. Before the 25 tubes scattered by TOMS across the country were unlocked, Mycoskie introduced the contents of a tube in Santa Monica, CA at 10:30 pacific time. The remaining stores broadcasted a brief promotional video that featured both Mycoskie and those individuals that the new One-for-One sunglasses will benefit in southeast Asia on a small television screen connected to a DVD player.

TOMS has partnered with the Seva Foundation, which has experience serving the estimated 39 million people who are blind throughout the world, many of whom would be able to see were access to an optometrist possible (for instance, 50% of blind Nepalese are sightless because of cataracts). The money raised through the purchase of TOMS sunglasses will make strides to quell ocular issues in southeast Asia. Mycoskie experienced the genesis of the sunglasses One-for-One program idea while performing a 2007 “shoe drop” in South Africa.

Holly Hiday, manager of Need Supply, is excited about the additional partnership that the store will have with TOMS. “It was a great marketing strategy,” she says. “We’ve been long time supporters [of TOMS].” Of being only one of a handful of stores chosen to participate in the veiled marketing and ultimate announcement of the new sunglasses line: “It was great to be involved.”

After the announcement was made, staff at Need Supply began inventorying the new sunglasses, which are now available for purchase. “This is going to be a really good addition [to our store],” says Hiday. “Our customers really like to support TOMS.” Sunglasses will start at $135 for basic models. Aviator, Ray-Ban style, and over-sized sunglasses are priced at $145. 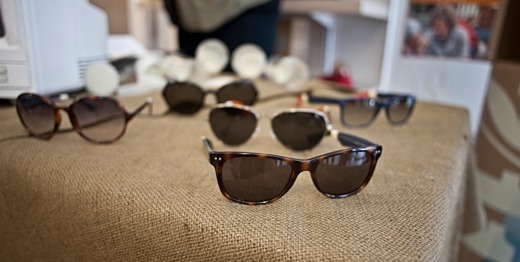 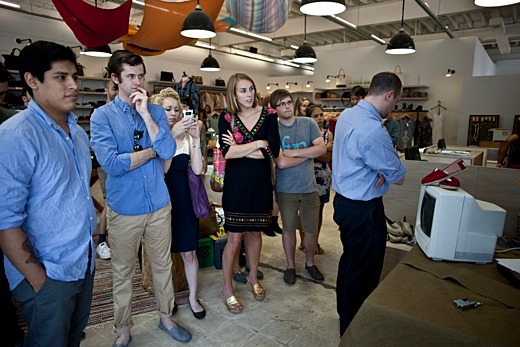 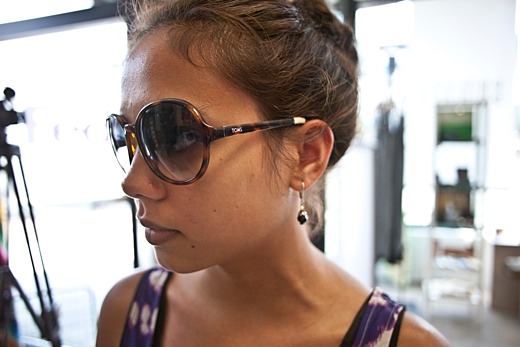 What was in the box? Glasses! TOMS is launching TOMS eyewear, expanding their one-for-one model. Check the official launch video below:

On Tuesday afternoon Need Supply Co. will host the opening of a mysterious packaging tube that currently sits upright in their store. TOMS sent the puzzling package to 25 stores in the country, just two to the east coast, one of which is Need Supply in Carytown. 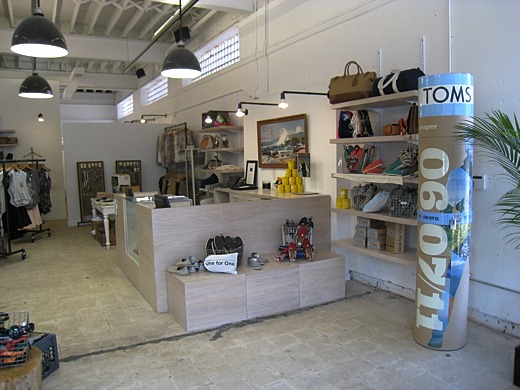 It’s unknown as to what will be uncovered tomorrow. Neither store employees, managers, nor even the store’s representative to the shoe company has not been made privy to what lays within the TOMS tubular Trojan horse.

A coordinated nationwide unveiling will take place tomorrow at 1:30pm EST involving all 25 stores. TOMS representatives will fly to each of the 25 locations to unlock the tubes and unveil their contents. 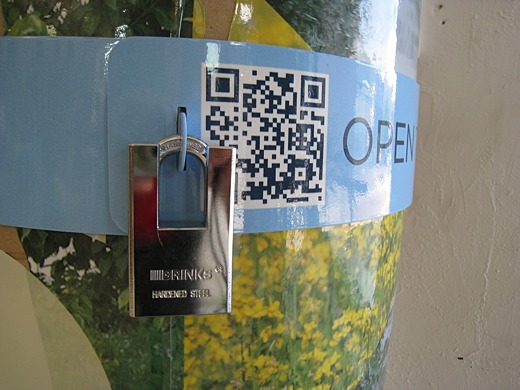