Richmond Police detectives need the public’s help to identify a suspect who is wanted for vandalism at Belle Isle.

At approximately 6:44 p.m., Thursday, May 7th, the suspect was photographed at the old hydropower station throwing rocks at a surveillance camera. The camera was recently recovered from the James River. 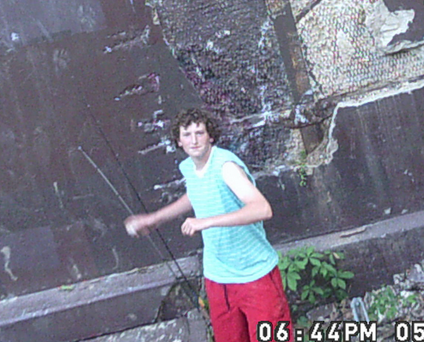 The suspect is described as a thin, white male with curly brown hair who was wearing a blue, sleeveless shirt and red shorts at the time of the incident.

Detectives ask anyone with any information about this person to call First Precinct Lieutenant Dan Minton at (804) 240-9158 call Crime Stoppers at 780-1000 or text Crime Stoppers at 274637, using the key word “ITip” followed by your tip. Both Crime Stoppers methods are anonymous.