A man is in serious condition at a local hospital after an incident of “road rage” caused the injured man’s vehicle to become airborne before smashing into a concrete abutment. The offending driver remains at large, and is being pursued by local police.

(Please see update below for the latest information on the story)

A 24-year-old male driver is in the hospital with life-threatening injuries after an accident early this morning on the Powhite Parkway. Police attribute the accident to road rage.

The driver of the Honda Accord jerked the wheel to avoid colliding with the Ford Ranger and, by doing so, lost control of the car. The police report that the Honda “went up an embankment, hit a drainage pipe and went airborne where it struck a concrete abutment beneath the Douglasdale Bridge.” The driver was taken to a hospital after sustaining severe injuries.

Investigators are looking for the suspect vehicle. The driver was last seen heading Southbound on the Powhite Parkway, and may have taken one of the Chippenham Parkway exits.

Anyone with information about this incident is asked to call the Department’s Hit and Run Division at (804) 646-1369 or Crime Stoppers at 780-1000. Citizens may also text Crime Stoppers at 274637, using the key word “ITip” followed by your tip. Both Crime Stoppers methods are anonymous.

Police have released a photo of the vehicle sought: 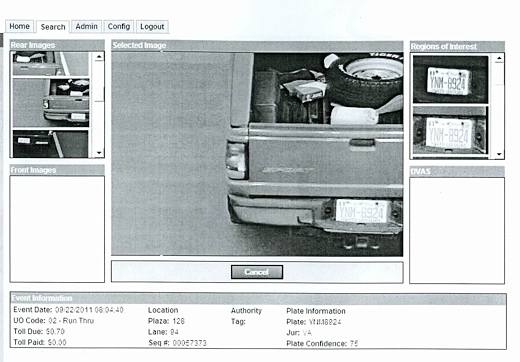 NBC 12 is reporting that the injured driver, Chris Lee Fisher, 24, has died as a result of the injuries sustained in the Sep. 22 accident. Police are still looking for the driver of the 2004 red Ford Ranger pickup. The truck was identified as having North Carolina tags, YNM-8924. Anyone with information about the truck is encouraged to call Crime Stoppers at 804.780.1000.

The Richmond Time-Dispatch reports that a North Carolina couple has been arrested in the road rage incident that resulted in the death of Chris Lee Fisher, 24. The couple were arrested on Tuesday afternoon in North Carolina by the U.S. Marshals Service Violent Fugitive Task Force based in Raleigh. 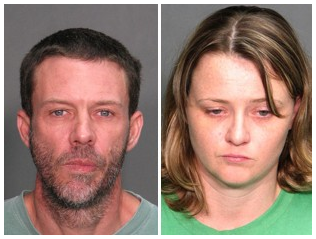 Richmond police have charged Christopher Sessoms, 40, and Charity Dees, 31 with one count each of felony hit-and-run. The red Ford Ranger pickup used in the fatal wreck was registered to a relative of Sessoms. The couple had used the vehicle to travel to Tennessee and Georgia after the September 22 incident on I-195. Chris Lee Fisher died on October 2 at VCU Medical Center.

Officials in Richmond have filed the necessary requests to extradite the couple to Virginia.

photo courtesy of the Richmond Police