The City of Richmond is growing in population faster than its suburban neighbors, according to data released by the U.S. Census Bureau. The City of Richmond is growing in population faster than its suburban neighbors, according to data released by the U.S. Census Bureau.

From 2013 to 2014, Richmond’s population jumped 1.5 percent–more than Chesterfield, Henrico or Hanover.

As a whole, the Richmond metropolitan statistical area has grown from 1.2 million in the April 2010 census to more than 1.26 million last year, the Census Bureau estimates. That’s an increase of 4.3 percent, including more than 1 percent from 2013 to 2014.

The Richmond metro area consists of 17 counties and cities. Percentage-wise, only New Kent County is growing faster than the city of Richmond this decade (since 2010, New Kent County grew about 8.6 percent, to 20,021).

Four localities in the Richmond metro area have lost population this decade: Dinwiddie, Sussex, and Charles City counties and the city of Hopewell, the Census Bureau said.

Since 2010, the fastest-growing locality in Virginia was the city of Fredericksburg. Its population grew 16.7 percent, to 28,350 last year.

Top 15 localities with a population increase… 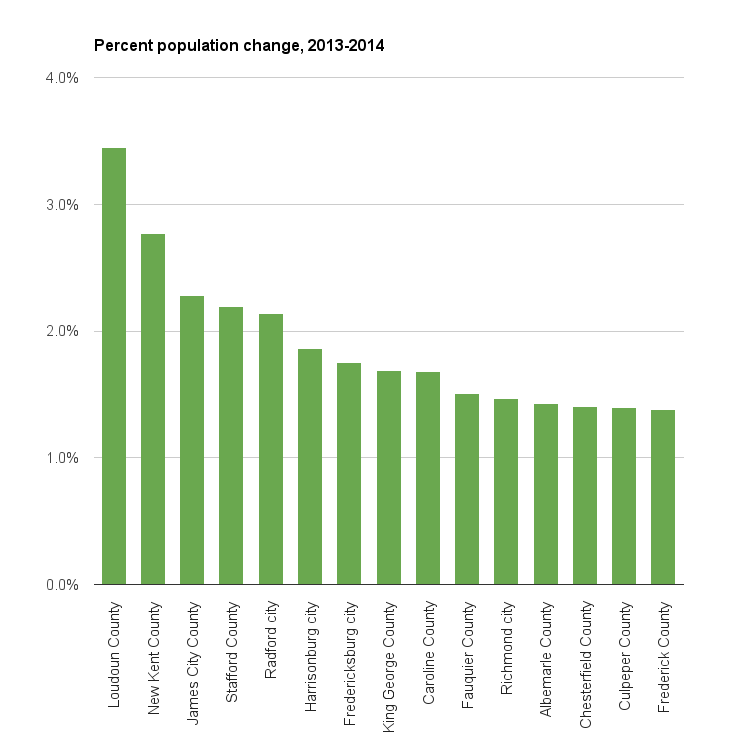 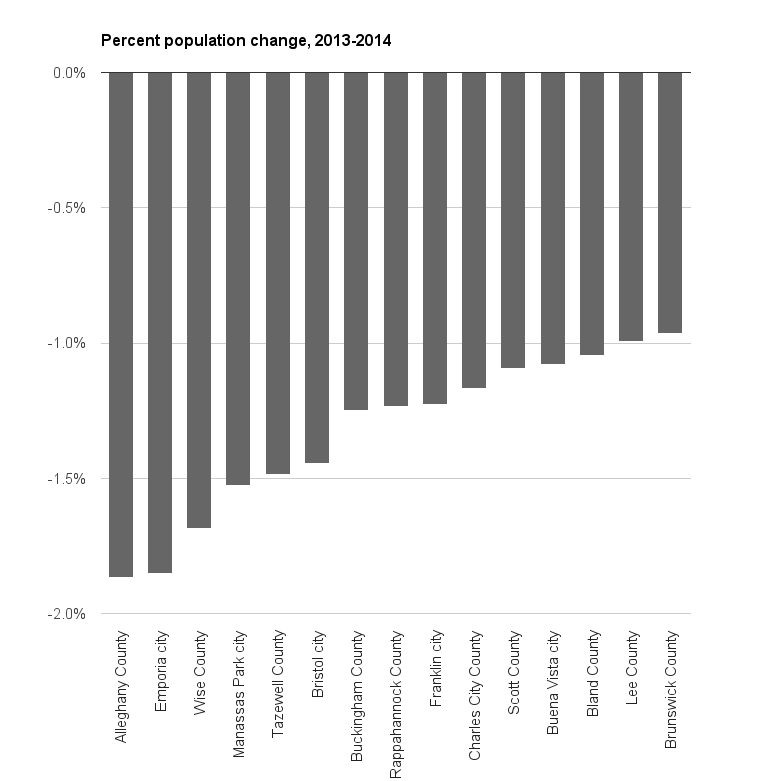