You might know it better as the Bike Boulevard. The proposed Floyd Avenue Bike Walk changes have caused quite a bit of discussion as seen by the long comment thread on our original post. Among the criticisms bandied about, lack of input from Floyd Avenue and Fan residents was often repeated.

The Fan District Association collected sent out a survey to members of it’s email list and received 163 responses. Of those surveyed the majority were supportive (66%). When combined with the unsure/neutral vote  the percentage jumps up to 76%. 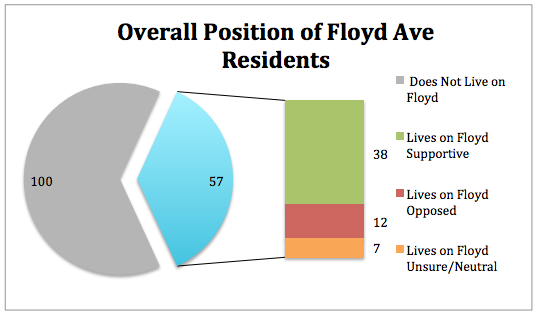 The survey also had room for comments and the opposed residents were most vocal with the most common complaints being cyclists not obeying the rules of the road and the removal of parking. A few example of these comments below.

The survey can be found online and includes all the comments submitted.