A total of 377 residences could pop-up next to Lucille Murray Brown Middle School and Powhite Park. According to Richmond BizSense.com the Richmond Planning Commission gave the nod to Edge Development Partners for the re-zoning of 55 acres off of Jahnke. In that 55 acres the plan (plans here) is to build 252 apartment units and 125 detached homes. The re-zoning plans still need to receive approval from city council. 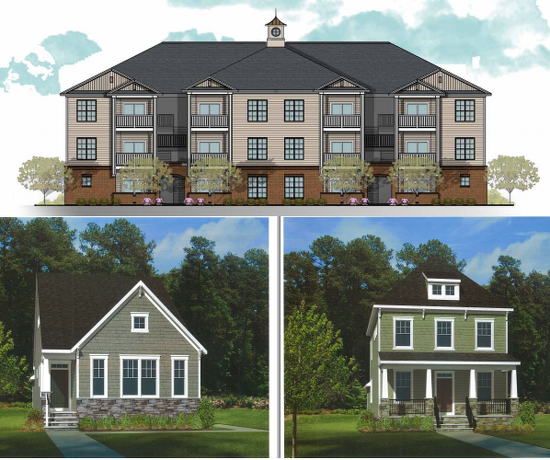 Virginia Beach-based developer The Breeden Co. is under contract to buy the apartment land from Edge Development Partners and will also be in charge of apartment development. That deal is expected to close in mid-2015, Kilpatrick said.

The single-family development would cover about 32 acres stretching northwest toward the Powhite Parkway. The 125 homes will range from about 1,600 to 2,500 square feet with prices running from the low $200,000s to around $400,000.