Nearly 500 protestors gathered this afternoon at the Virginia Capitol to protest a bill that recently passed through the General Assembly that would require women seeking abortions to undergo an ultrasound. State Police in riot gear were on hand, and thirty-one people were arrested

2/22/12; 4:20pm
The story has been updated to reflect that Capitol Police estimate that approximately 1,000 protestors were on hand at the event, and that a total of 30 individuals were arrested

Nearly 1000 protestors gathered today at the Capitol to protest the General Assembly’s recent passage of a controversal bill that would require women seeking abortions to undergo a medically unnecessary ultrasound. Supporters of the legislation believe that the ultrasound requirement will dissuade women from abortion procedures. Detractors of the legislation argue that the bill intrudes upon women’s privacy and rights.

At about 3pm this afternoon, Virginia State Police outfitted with riot gear attempted to impede demonstrators, and police officers arrested protestors who would not leave the south steps of the Capitol building. This was the second major gathering at the Virginia Capitol in as many weeks to protest recent legislation within the General Assembly that deal with women’s rights.

The bill will now go to Gov. McDonnell, who has said that he would sign the bill.

Previous coverage of this bill can be found here and here. 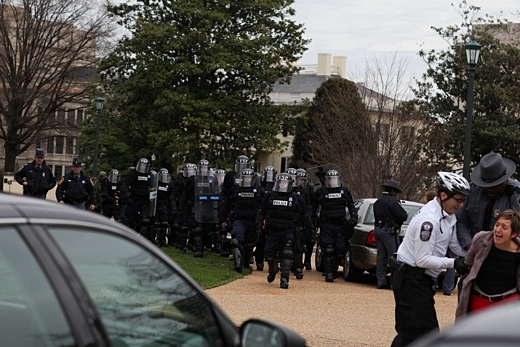 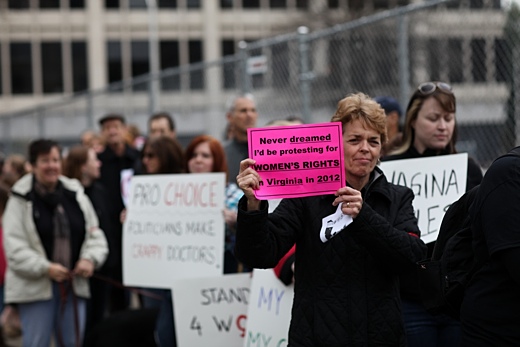 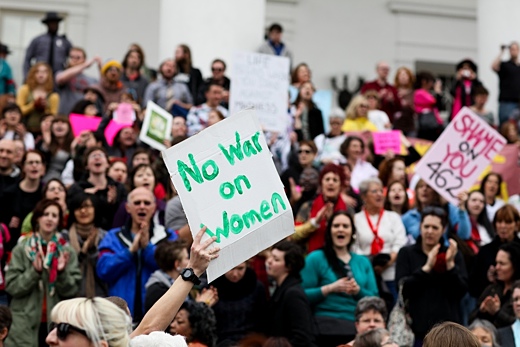 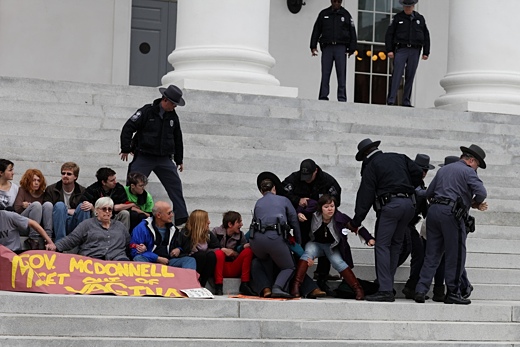 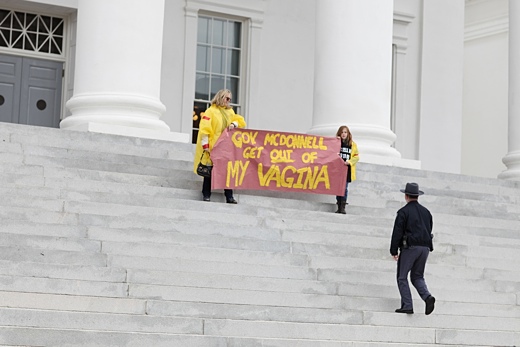 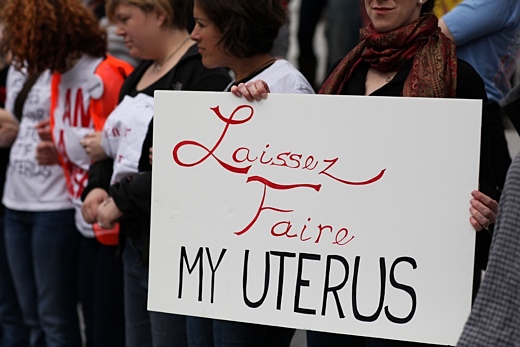 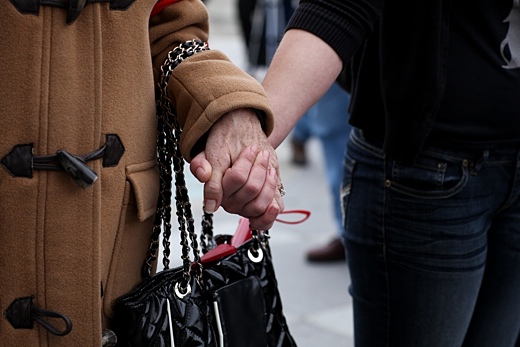 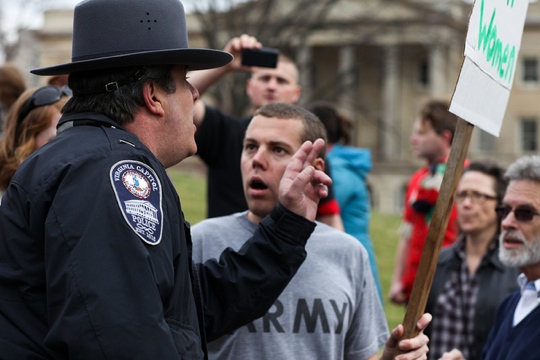 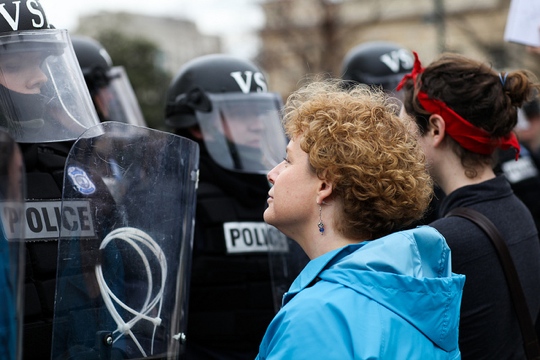 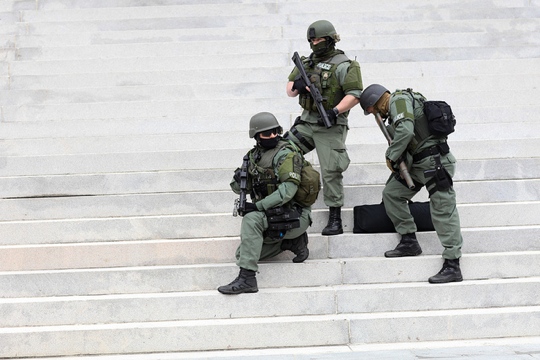 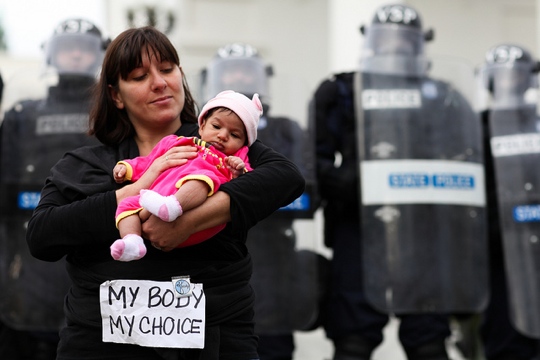 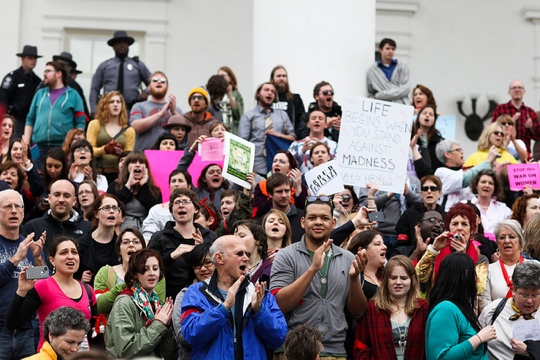 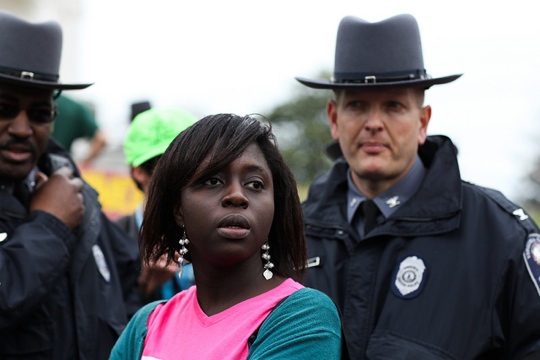 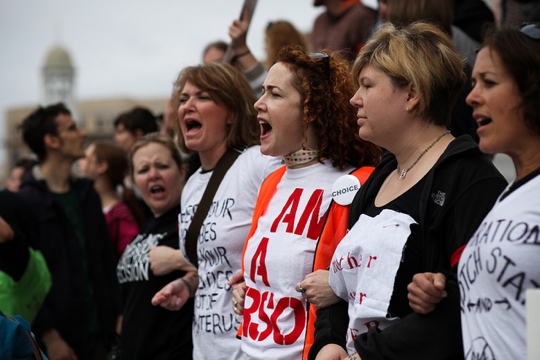 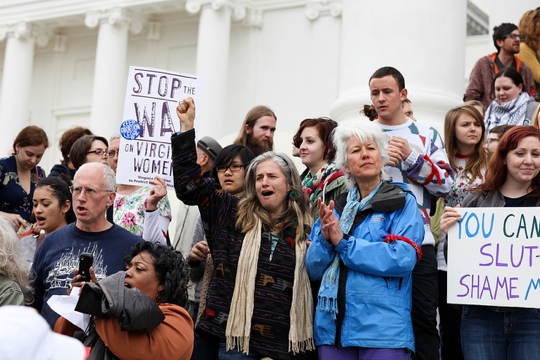 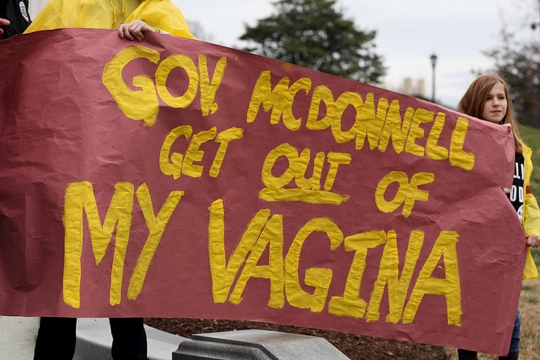 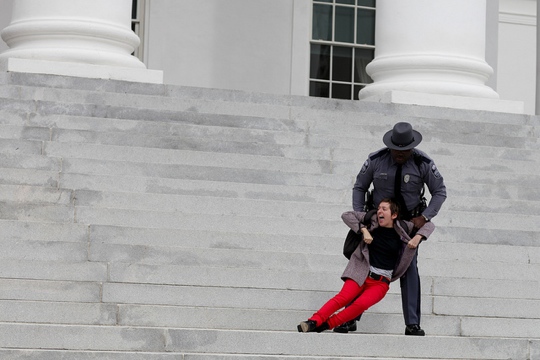 There are 23 reader comments. Read them.