More apartments for your apartmenting fun. The following letter has been distributed to houses in the neighborhood. 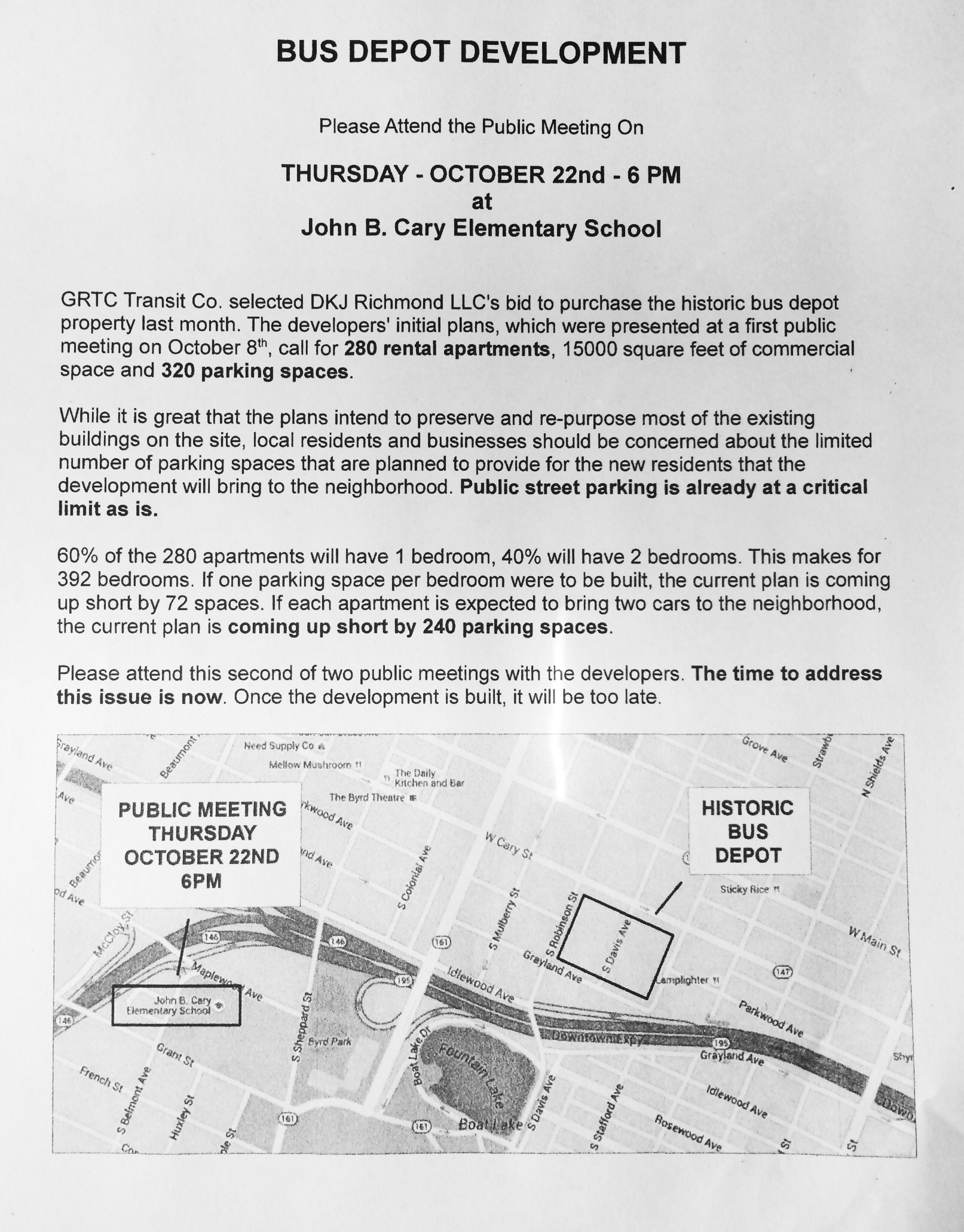 As you can see the meeting is scheduled for tonight, Thursday, October 22nd, 6 PM at John B. Cary Elementary. In the previous article, cited below, it’s noted that the developer has gone beyond the city requirements for parking. Does a developer in an urban environment need to go above and beyond on parking requirements?

Plans for a historic bus and trolley depot include 280 luxury apartments and a new block of retail space fronting West Cary Street, the project’s developers said at a public meeting Thursday.

“The thought is, if there’s a way to extend Carytown east of the Boulevard, get some foot traffic – this is a natural meeting point for that,” said Chris Johnson, a principal of DKJ Richmond LLC.

In all, DKJ said it’s planning nearly $35 million in improvements to the L-shaped property, which is often referred to as the “bus barn” and is located on Cary Street between Robinson Street and Stafford Avenue.

What is their idea of a luxury apartment?

The structures will all be repurposed into apartments. Johnson said they will mostly be one-bedroom units and rent for a little more than $1,300 a month, including parking and utilities. The complex will likely include a dog park, a playground and a pool.

File this under “news that surprises nobody”. All this was revealed in a community meeting last night. A second meeting is October 22nd, 6 PM at John B. Cary Elementary School. Also revealed at this initial meeting was that neighbors are concerned that the 320 spaces of parking won’t be enough parking for 280 apartments.