Millions of tire inner tubes are discarded each year. One local company is using those discarded tires to make luxury handbags. When you think of materials from which luxury bags are made, old tractor tires probably don’t spring to mind–unless you are Ken Kobrick and Angela Greene. Their business, Passchal, turns inner tubes that would eventually be burned up in a landfill into luxury duffel bags, briefcases, and wallets. The bags have earned the attention of national press, and even a few celebrities own a bag or two. Passchal manufactures most of their products in Richmond and has launched a Kickstarter to bring the rest of their process to RVA as well as launch their 2013 collection.

The idea behind Passchal came to Greene when she saw a bag made out of recycled license plates while visiting Baltimore’s Inner Harbor. Rachel Leyco, a representative of Passchal, said Greene was “really intrigued” by the concept of taking discarded materials and creating a functional accessory. In 2004, Greene partnered with Kobrick, a former welder, to create bags made from the inner tubes of tires.

Greene and Kobrick acquire most of the inner tubes from local tire centers. The tubes are then cut down, soaked in a cleaning solution, cut again, then cleaned and buffed before being shaped and sewn into a bag. Leyco said that the duo has collected 76 tons of inner tubes to date. Turning that material into bags has not been easy. 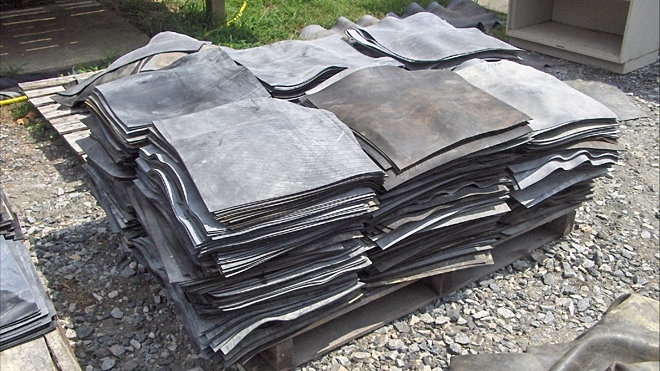 The first bag created in 2006 weighed 10lbs without anything in it. Leyco said that the two have spent years improving their bags, even taking two years “to find an eco-friendly cleaning solution.” Passchal is determined to follow its motto: “design with the environment in mind.”

Over 250 million tons of tires are discarded each year, along with 50 million pounds of inner tubes. Most of the tires and tubes are burned, which leads to contaminated soil, surface and groundwater. “It becomes a hazardous environment,” said Leyco. She said that Greene and Leyco “try to save the inner tubes before they go through that process.” Passchal currently has approximately 18 tons of inner tubes waiting to be made into bags. Rolling Stone featured their messenger bag, and celebrities like Anthony Bourdain and Brett Michaels each own one. Despite the national attention, Passchal has found a home in Richmond.

In 2010, about 95% of the bags were made outside of Richmond. Leyco said that now, only 20% of bag assembly takes place outside of the city. Apart from launching their 2013 collection, the Kickstarter is meant to generate funds that will move all operations to RVA, Greene and Kobrick’s hometown. The campaign began July 30th, and the goal is to raise $25,000 by September 3rd. They have currently raised nearly $2,300.

Passchal’s 2013 Men’s Travel & Tech Collection will includes items like a dad’s baby bag, cymbal case, and even a golf bag (the company had made purses and clutches, but currently focus on men’s bags). Leyco said that Greene and Kobrick pride themselves on the quality of every product. Because each bag is made from a different inner tube, “Not one bag is the same. They all kind of have their own character.”

All materials used by Passchal, including the leather, are sourced in the U.S. As a result of the high quality of materials and the lengthy time it takes to ready the inner tubes for production (each bag is currently hand cut), the price of the bags can be hundreds of dollars. However, Leyco said that if Passchal further establishes itself in Richmond and grows the business as it hopes, “it may open it up a bit more to having a bag that is a little cheaper.” However, Passchal has a more immediate goal when it comes to their product, process, and environmental vision: “It’s letting Richmond know this is local,” said Leyco. 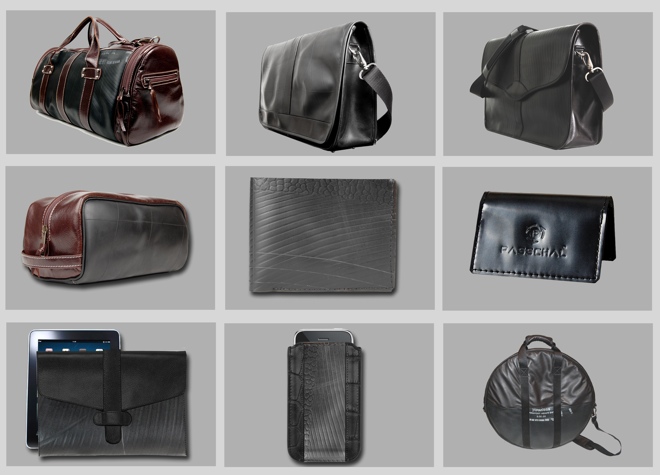