Now we need to convince them to open in the morning so I can grab breakfast. Okay it is official, the shop is now open for pick-up dinners Tuesday-Friday. We will have the trailer outside in the morning serving Bagels with the “works.” If you are in the neighborhood stop by tonight for the soft opening.

I quick drive-by this morning revealed that the trailer wasn’t out front (didn’t swing around back) and Facebook revealed their morning menu and “We are working on the set up this week, hope to be open fully operational this week.” Below is their trailer menu. Official dinner menu is coming, check back at the previous link.

The plan is for the trailer to open at 7:30 pickup dinner will be available from 3-7 PM. 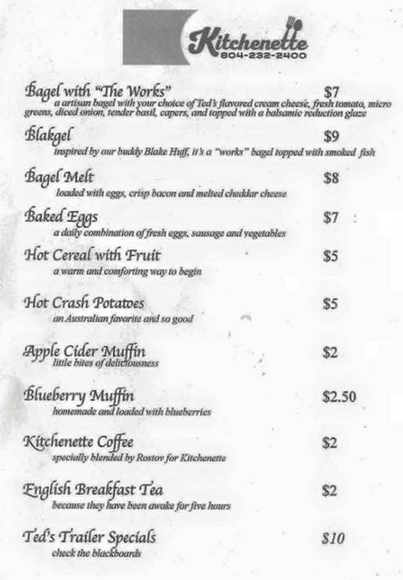 Construction work was spotted going on in the old hair salon and dog grooming spot on Prince Arthur right around the corner from the 48 Hours store. We discovered the details of what was going down directly from Kitchenette. You can normally find Kitchenette at the Farmers Market on Saturdays and Tuesday’s in front of the Martin Agency.

Thanks for your interest in our “kitchen project” on Prince Arthur. The space will be the official home of Kitchenette, it will work as our commissary for the food trailer, a prep space for our catering services, and a convenient pick-up location, for our growing subscription meal service.

If everything goes to plan they hope to have the new space open in May. 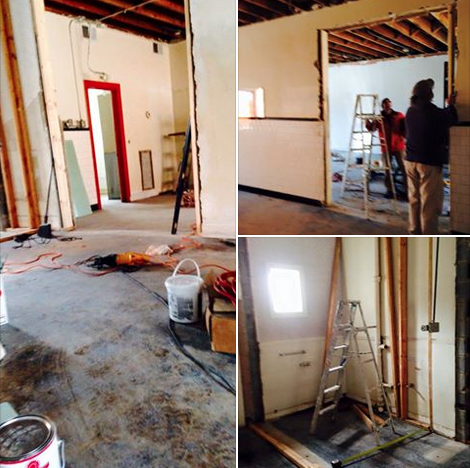 Nice to see another small business make its home on that block.