Did you miss it? Transit of Venus followup

Did you miss the transit of Venus last week? Did you miss the transit of Venus last week? I have a bit of a knack for missing astronomical events, but for once I actually managed to partake!

The day’s constantly cloudy and gray skies foretold of yet another missed opportunity, but in a rather serendipitous fashion, the clouds parted over Richmond at 6:00 PM, just as the transit began. I’m not sure I’ve ever been more glad to see a little sunshine.

Feeling slightly to not-so-slightly awkward about the idea of staring at the sun in public with opaque paper glasses on my face, I made my way up to the end of E. Grace Street in Church Hill. You know, the place with the WRVA Building, that radio tower, and Ross Catrow’s #1 makeout spot.

I was surprised (and relieved) to see a small group had gathered there already (but not to make out!). Armed with tripoded Nikons, solar filters, and a telescope, they were slightly more prepared than I, but I was prepared enough–my real glasses under my paper eclipse glasses were all I needed to see stellar bodies crossing paths.

And see them I did! The cameras, with all their fancy zooming and whatnot, got superior views, and I’ve put a couple below. 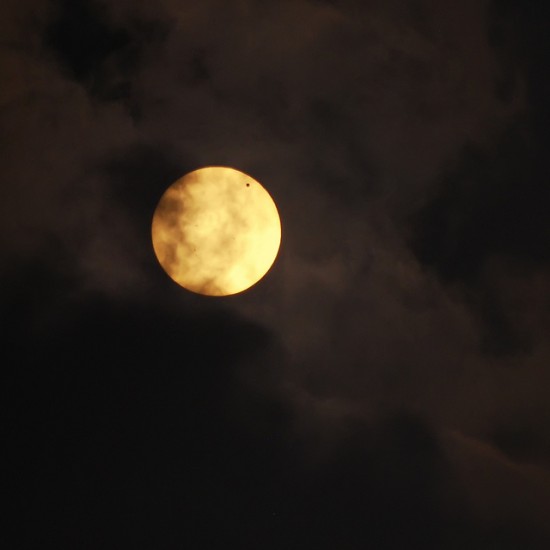 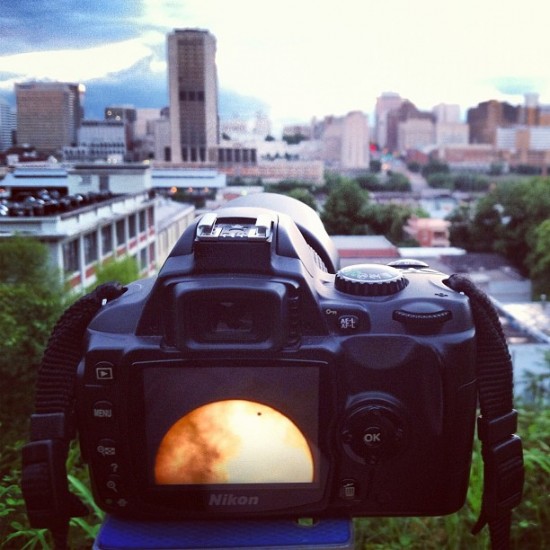 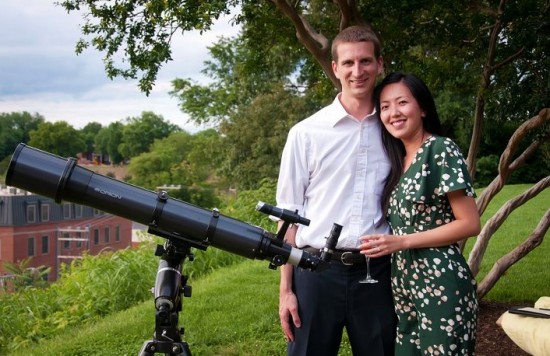 This couple had just gotten engaged and brought champagne and a telescope to celebrate! 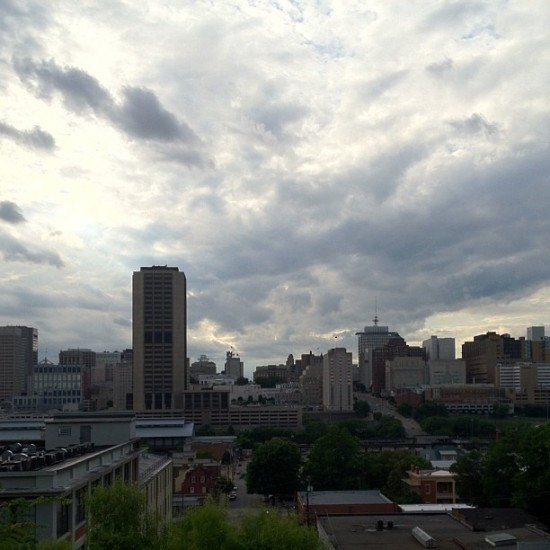 It was a great day for photographing clouds, at least!

If you want to see some awesome shots of the transit from around the world, look no further than In Focus. That first one is especially incredible.