JRA on the state of the James

The James River Association has released their “State of the James” report. On Tuesday, the James River Association released their “State of the James” (PDF) report. The report, which is issued every other year, measures the health of the river in four categories:

The “State of the James” report examines metrics in four critical areas of the 10,000-square-mile river basin set against a series of quantitative benchmarks that largely have been set by the Commonwealth or other authority. Scores for each category are calculated by averaging the indicators. The final report card grade represents the average score of the four categories.

The James earned a final grade of “C” (53%) from the JRA, up two points from the previous report. Out of the four categories, wildlife (specifically oysters and American shad) saw the least improvement with several populations seeing a decrease in numbers.1 The report credits Virginia’s “tremendous financial investments” to its wastewater treatment plants for reducing nitrogen and phosphorous pollution levels.

So while the James has seen an overall, albeit small, improvement, there’s still lots of work to do! Luckily the JRA has a whole list a stuff you can do to help out one of Richmond’s greatest assets.

Below are few graphs pulled from the report. 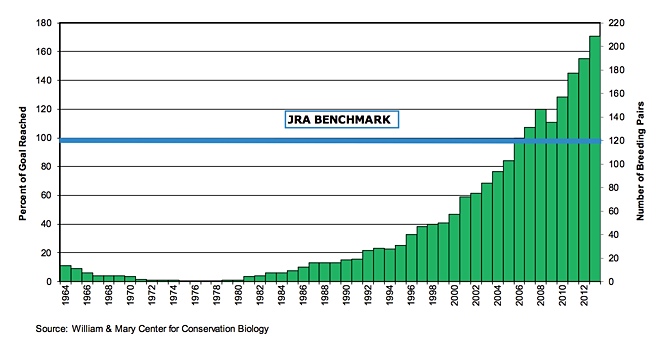 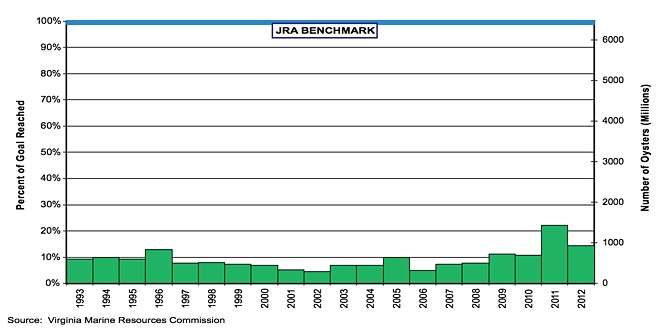 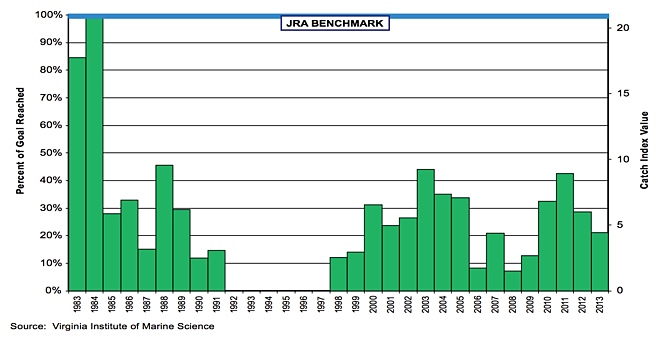 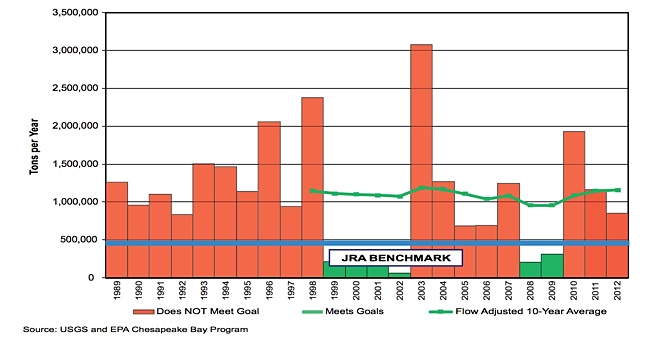