Several sources are stating that the suspect has been caught, near Lansdale and Forest Hill Ave. 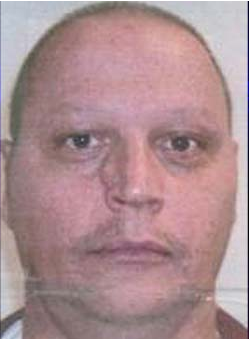 Chesterfield Police released a photo of convicted sex offender Robert Hanna, 54. According to police, Hanna assaulted a guard at a treatment facility in the 2500 block of Professional Road and escaped on foot toward the city around 8:23 a.m.

Hanna is described as a “white male, about 6 feet 2 inches to 6 feet 3 inches tall and over 200 pounds. He is bald. He was wearing blue jeans and a brown jacket,” according to Chesterfield Police.

Richmond and Chesterfield Police are actively searching the area. If you see Hanna, call 911.

Hanna was in the custody of the Virginia Center for Behavioral Rehabilitation when he escaped.

Huguenot High School and Thompson Middle School were placed on lock down Thursday morning due to police activity in the area. The police activity is focused on Professional Road in North Chesterfield. Police have not yet commented on the situation. This is a developing story.

NBC12 is saying it involves an “escapee”.