With any luck you survived yesterday’s severe weather with minimal damage to you and your property. Today looks to be a bit…calmer. Good morning, RVA! It’s 73 °F, and…what the heck happened yesterday?! Did someone order a Ragnarök and fail to alert me? Luckily, today’s outlook seems a bit calmer: highs in the upper 70s, partly cloudy, and a chance of showers this afternoon–showers, not cataclysms.

Dominion is reporting 3,800 people without power in the Richmond region after yesterday’s crazy severe weather. Prince George County public schools are closed due to widespread power outages. If you’re without power, first, thanks for using what little remains of your mobile device’s battery to read this column. Second, you can report a power outage here or by calling 1-866-366-4357.

Tonight, a new meteor shower, the Camelopardalids, (possibly) reaches it’s peak around 2:00 AM. This shower is a result of the earth passing through the stream of debris left behind by comet 209P/LINEAR which was discovered in 2004. It’s the first time for this shower so experts aren’t quite sure what to expect, but if you’re hanging out late or up super early, head outside, turn north, and look up!

Monday is Memorial Day, a holiday which honors men and women who have died while serving in the armed forces. It’s a holiday whose origin stretches all the way back to the Civil War in Charleston that we, for some reason, celebrate by tailgating in our backyards.

If you’re still looking to squeeze more out of the pulpy flesh of this weekend check here, here, or here.

Confused about Net Neutrality? This video by internet math-explainer Vi Hart will set you straight in an adorable and understandable way.

Net Neutrality in the US: Now what? 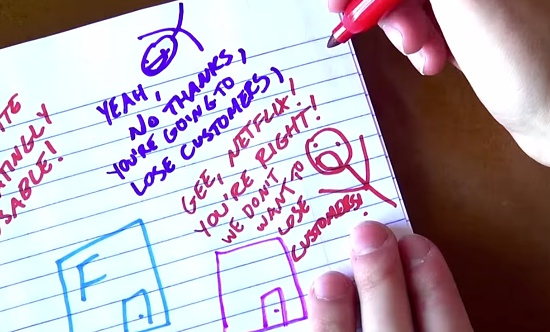