Update: The future of City Stadium

What will become of one of the oldest sporting venues in RVA? Richmond BizSense.com takes a look at some of the possibilities at City Stadium. One option is sports focused while the other is more residential.

The first study by Chicago-based Hunden Strategic Partners included a $23.2 million indoor multisport stadium for the 20 acres below the “old and generally obsolete” City Stadium and a nearby parking lot.

The Richmond Urban Land Institute took on the second study, focused on residential options and had three suggestions.

Neither sets of plans presented any Richmond Kickers focus. The Kickers have been the primary tenant since 2010.

The following letter was submitted by reader JM and talks about the studies that were done and the plan to get neighborhood input. What would you like to see happen at City Stadium? 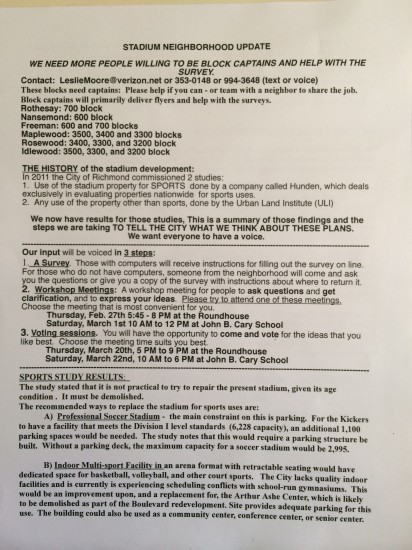 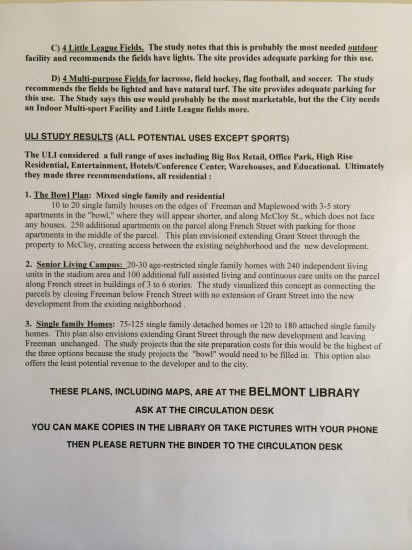