Formerly conjoined twins to be released from VCU hospital today

Two 20-months-old twins who traveled to Richmond from the Dominican Republican to undergo separation surgery will be released from the Children’s Hospital of Richmond at VCU later today. How did their surgery progress, and plans are in store for the pair of toddlers?

Later today, two formerly conjoined twins will be released from the Children’s Hospital of Richmond at VCU. The twins were separated three weeks ago during a “marathon” surgical procedure.

Maria and Teresa Tapia, 20 months, were born in the Dominican Republic and joined at the lower chest. The had been sharing a liver, pancreas, and portions of the small intestine. Due to how they were connected at birth, Maria absorbed an inequitable amount of nutrition compared to that of her sister, and was about 20% smaller in size as a result. Additionally, nearly 88% of the liver’s blood flow was routed to Teresa.

The surgeon-in-chief, Dr. David Lanning, led a team of surgeons in the procedure that lasted nearly 24 hours. Dr. Lanning is a surgical volunteer for the nonprofit World Pediatric Project, the organization that sponsored the twins’ medical care and family’s stay in the U.S. Approximately six separation surgeries are performed in the U.S. each year.

This was VCU’s first-ever separation surgery. Medical personnel were not the only ones to contribute. Fashion students designed custom outfits for the toddlers, an occupational therapist modified a car seat, and a sculpture student created foam replicas of the twin’s bodies with which surgeons could practice before the operation. 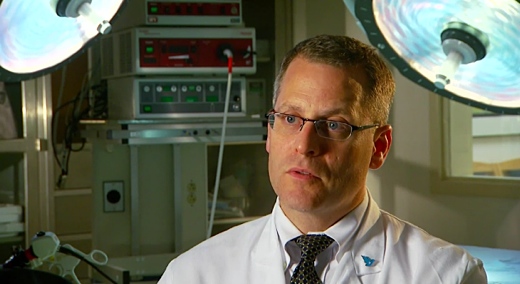 The Tapia twins are celebrities in their native Dominican Republic. The nation’s first lady, Margarita Cedeno de Fernandez, visited Richmond during the surgery in a show of the country’s support.

After being discharged from the hospital, the twins will go to the Hospital Hospitality House in Richmond.